Where Was Netflix’s White Noise Filmed? 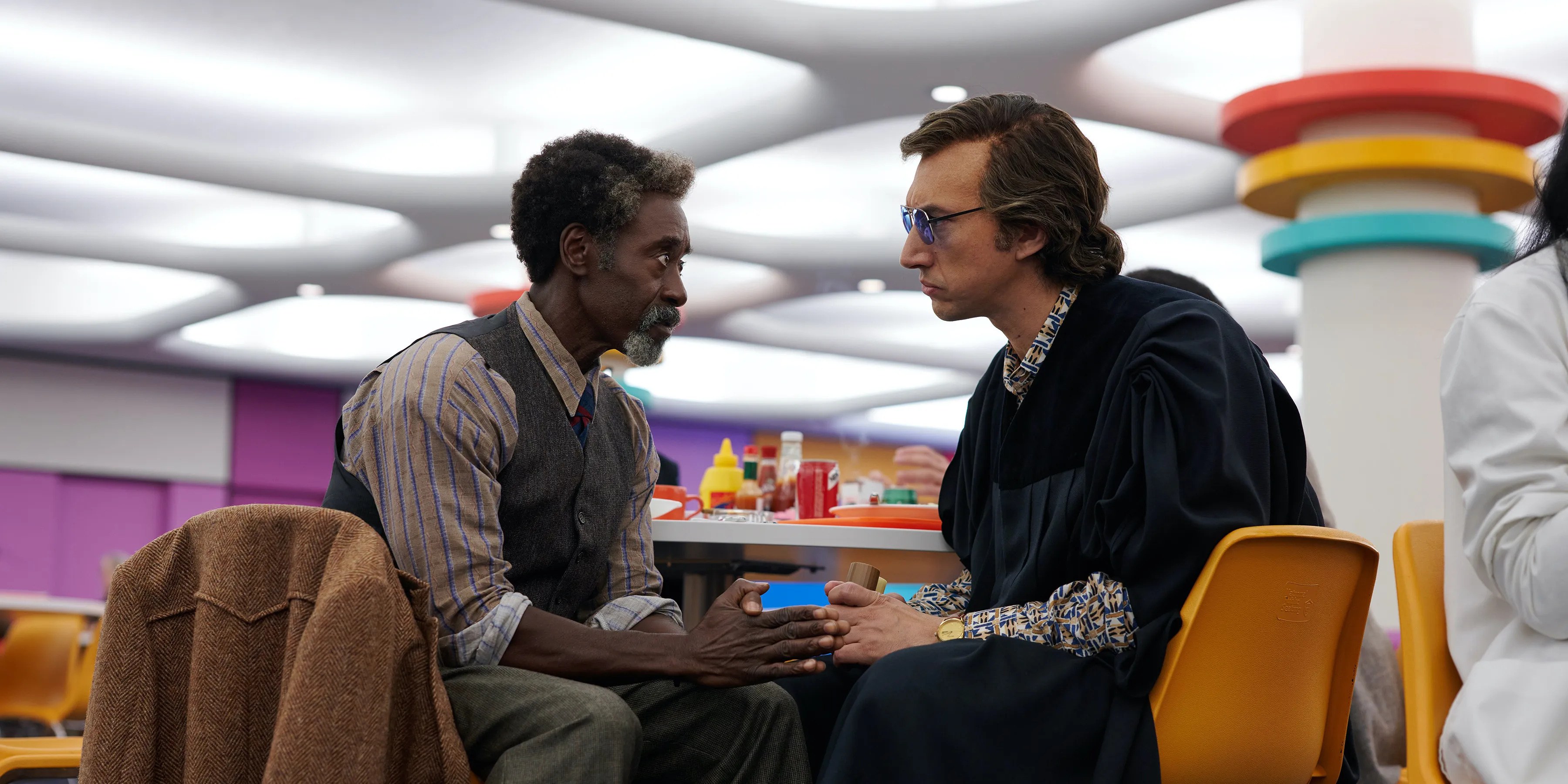 Based on the acclaimed 1985 eponymous novel by Don DeLillo, Netflix’s ‘White Noise’ is a comedy-drama movie written and directed by the Academy Award-nominated director Noah Baumbach. It is the first Baumbach directorial not to be based on an original story of his own creative mind. Set in the 80s, the movie revolves around a family as they try to deal with the absurdities and everyday conflicts that life tends to throw one’s way.

While the family grapples with the mysteries surrounding love, death, and happiness together, an airborne toxic accident occurs in their neighborhood, turning their life upside down. At the heart of the horrifying yet comedic narrative are the impressive performances from a talented ensemble cast, including Adam Driver, Greta Gerwig, Don Cheadle, Raffey Cassidy, and André Benjamin. Besides, the multitude of locations throughout the movie will likely spark questions in the viewers’ minds about the actual filming sites. If you are one such curious soul, we have got you covered!

‘White Noise’ was filmed in Ohio, California, and Georgia, particularly in Lorain County, Cuyahoga County, Akron, Wooster, Willoughby, Kent, Hiram, Canton, Peninsula, Jefferson, Dorset, the San Francisco Bay Area, and Sandersville. As per reports, the principal photography for the Adam Driver starrer commenced in late June 2021 under the working title ‘Wheat Germ’ and seemingly wrapped up by January 2022. Due to various problems throughout the shoot, the movie had to expand its original budget significantly by the end. Now, let’s look at all the specific sites that appear in the Netflix movie!

Several important portions of ‘White Noise’ were lensed in Lorain County, a county in the northwestern region of Ohio. The storefronts in downtown Wellington, around Herrick and Main Street, were replaced with 1980s signage, while Addie’s Antiques at 135 East Herrick Avenue was turned into Wizard Records for the film. The filming unit also utilized the locales around South Cedar and Forest Streets in Oberlin to shoot a few scenes. They even constructed a small and temporary addition right on the side of one of the houses on the street.

Netflix is filming a movie “White Noise” in my town. It stars Adam Driver. They went all out set decorating the streets up town. pic.twitter.com/APDuLPaXg6

A major portion of ‘White Noise’ was also taped in Cuyahoga County, the second most populous county in Ohio. During the filming schedule, the production team was spotted recording several key scenes in the vacant spaces around Severance Town Center at 3640 Mayfield Road in Cleveland Heights. Downtown Cleveland also served as one of the pivotal filming sites for the movie, alongside the Hope Memorial Bridge, which was closed down for a day for shooting purposes.

The scene with Adam Driver’s character in a chemistry lab was shot in Wilker Hall at Baldwin Wallace University at 275 Eastland Road in Berea. The filming unit also set up camp in and around the Meadowbrook Market Square in Bedford for shooting a few exterior and interior scenes for the movie.

For shooting purposes, the production team of ‘White Noise’ traveled to various other locations in Ohio. Notably, they utilized the campuses of different schools, universities, and colleges across the state, including the University of Akron at 302 East Buchtel Avenue, The College of Wooster at 1189 Beall Avenue in Wooster, Andrews Osborne Academy at 38588 Mentor Avenue in Willoughby, Kent State University at 800 East Summit Street in Kent, Hiram College at 11715 Garfield Road in Hiram, and Canton Central Catholic High School at 4824 Tuscarawas Street West in Canton.

#AshtabulaCounty is being featured in a NETFLIX film called “Wheat Germ.” You may have seen movie crews and work being completed in Dorset to prepare for filming in the area. It’s exciting to see!

Wheat Germ is a Netflix original movie and based on the novel White Noise. pic.twitter.com/Ni99RVGxQC

In addition, Camp Manatoc Scout Reservation at 1075 Truxell Rd #9734 in Peninsula and Pine Lake Raceway and Trails at 3796 Maple Road in Jefferson served as key production locations for the film. The unincorporated community of Dorset in Ashtabula County also features in a few scenes in the comedy-drama movie.

According to reports, the cast and crew members of ‘White Noise’ also set up camp in the San Francisco Bay Area or simply the Bay Area, a populous region in Northern California surrounding the San Francisco, San Pablo, and Suisun Bay estuaries. San Leandro, a city in California’s Alameda County and a part of the Bay Area, is one of the primary filming sites that feature in the film.

Additional portions of ‘White Noise’ were lensed in Sandersville, the county seat of Georgia’s Washington County. Situated along the Fall Line that separates the Piedmont Plateau from the Atlantic Coastal Plain, Sandersville is known for its red clay, rolling hills, swampland, sand beds, and pine and hardwood forest.