Where Was Old Filmed?

Helmed by veteran filmmaker M. Night Shyamalan, ‘Old’ is a supernatural thriller film set on a lush private beach where a family on vacation soon discovers that they are all aging rapidly. The supernatural beach that they find themselves on somehow reduces their lives to a single day, making the film rife with philosophical dread. It takes inspiration from Pierre Oscar Levy and Frederik Peeters’ graphic novel titled ‘Sandcastle.’

Known for his offbeat horror, M. Night and the crew spent a significant amount of time looking for the perfect locations for this film so as to match the director’s vision. The film also marks the first time the filmmaker did not shoot a single scene in Philadelphia, Pennsylvania, his hometown. Are you wondering where they finally brought ‘Old’ to life? We’ve got everything you need!

‘Old’ was filmed extensively in the Dominican Republic. The Caribbean region where the country is located is world-renowned for its spectacular coastlines and is where the film crew finally found the perfect locations to shoot the film. Apart from hurricanes that occasionally crop up in the region, the production team faced complications due to the Covid-19 pandemic that required stringent health guidelines to be adhered to. Principal photography began on September 26, 2020, and wrapped up by November 15, 2020. Let’s take a closer look at the specific locations where ‘Old’ was shot!

The beach on which most of the film was shot on location is the Playa El Valle beach in the province of Samaná Peninsula in the eastern part of the Dominican Republic. The beach itself is on the Atlantic ocean coast and is flanked by lush mountains on either side. The natural beauty of the beach makes its supernatural aspects all the more sinister. 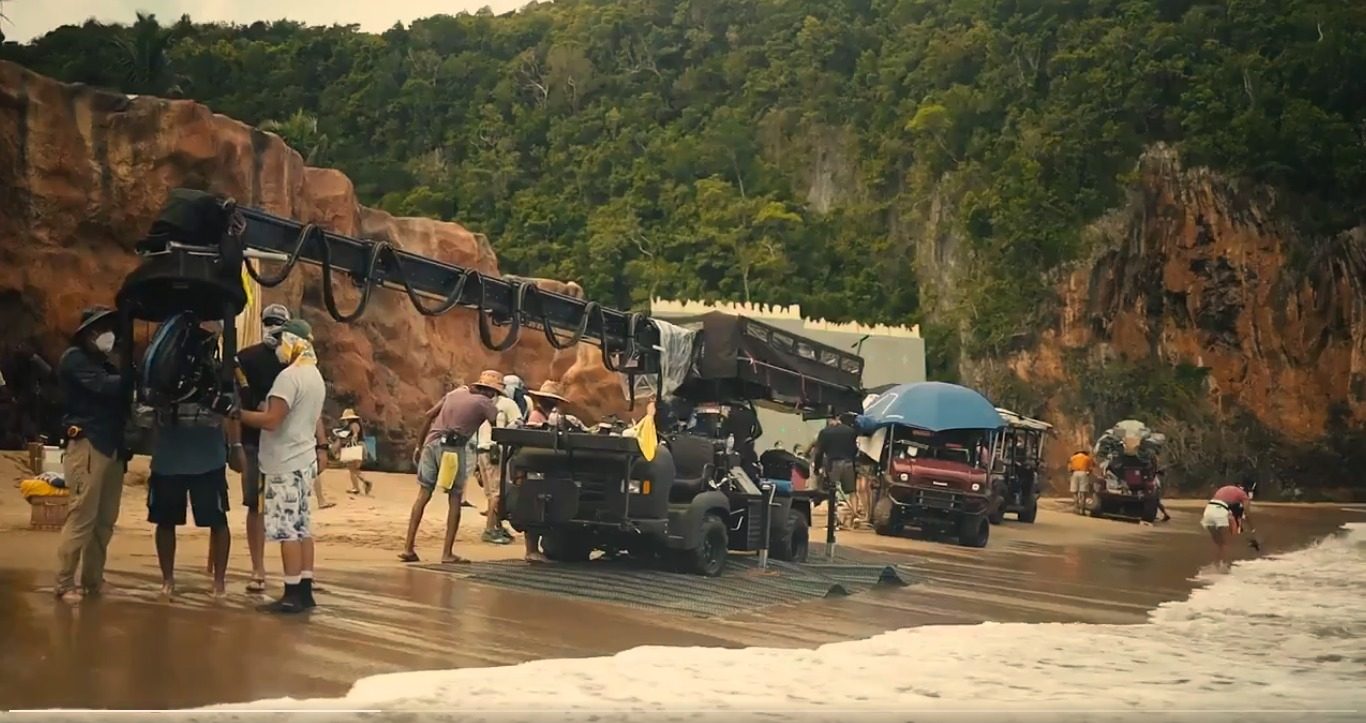 Production was a complicated affair, and M. Night called it a logistical nightmare made all the more daunting as filming occurred during hurricane season in the Caribbean. Combined with the fact that not just natural lighting but also the tides and water-level on the beach had to be considered, the crew was filming scenes from the beginning of the script in the mornings and the end of the script at night every day. 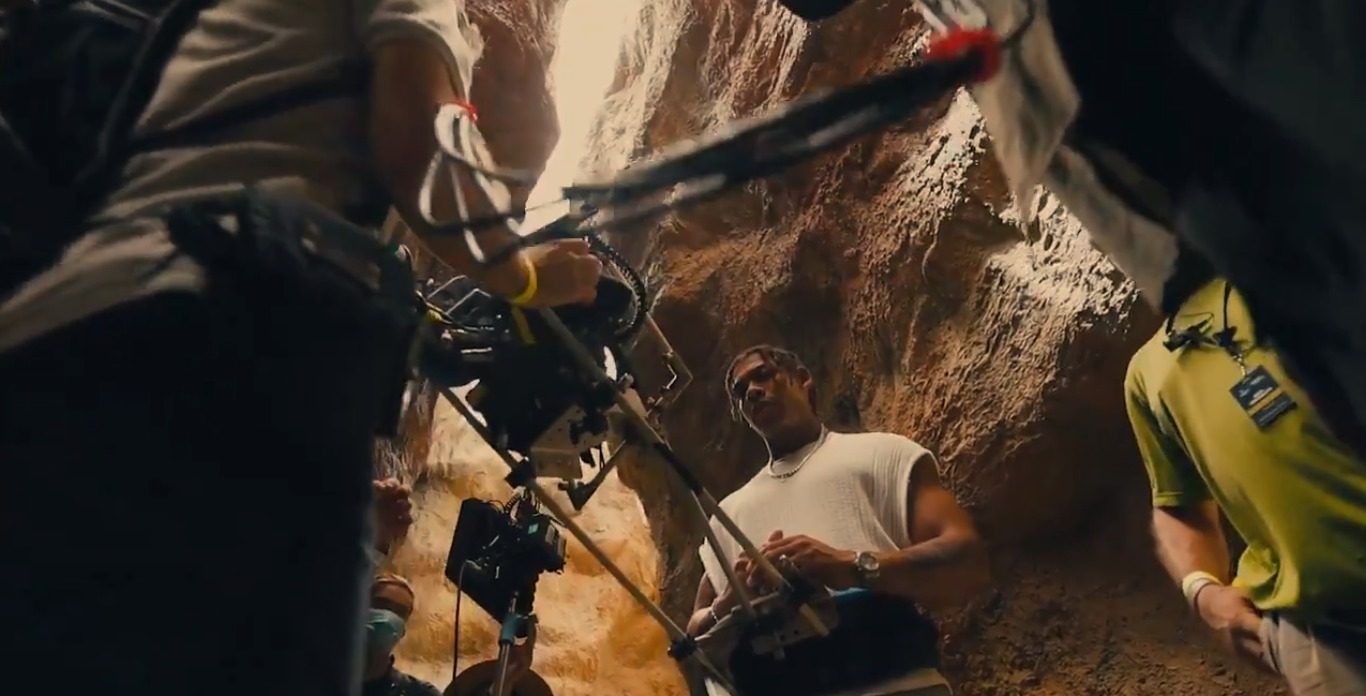 In a behind-the-scenes video clip shared on the film’s official Twitter handle, the director described the building of a massive wall that was to be used for filming. Soon after being built, it was severely damaged by a hurricane. However, it seems like all the effort was worthwhile as the Playa El Valle beach sat well with M. Night’s vision for the film’s main setting. 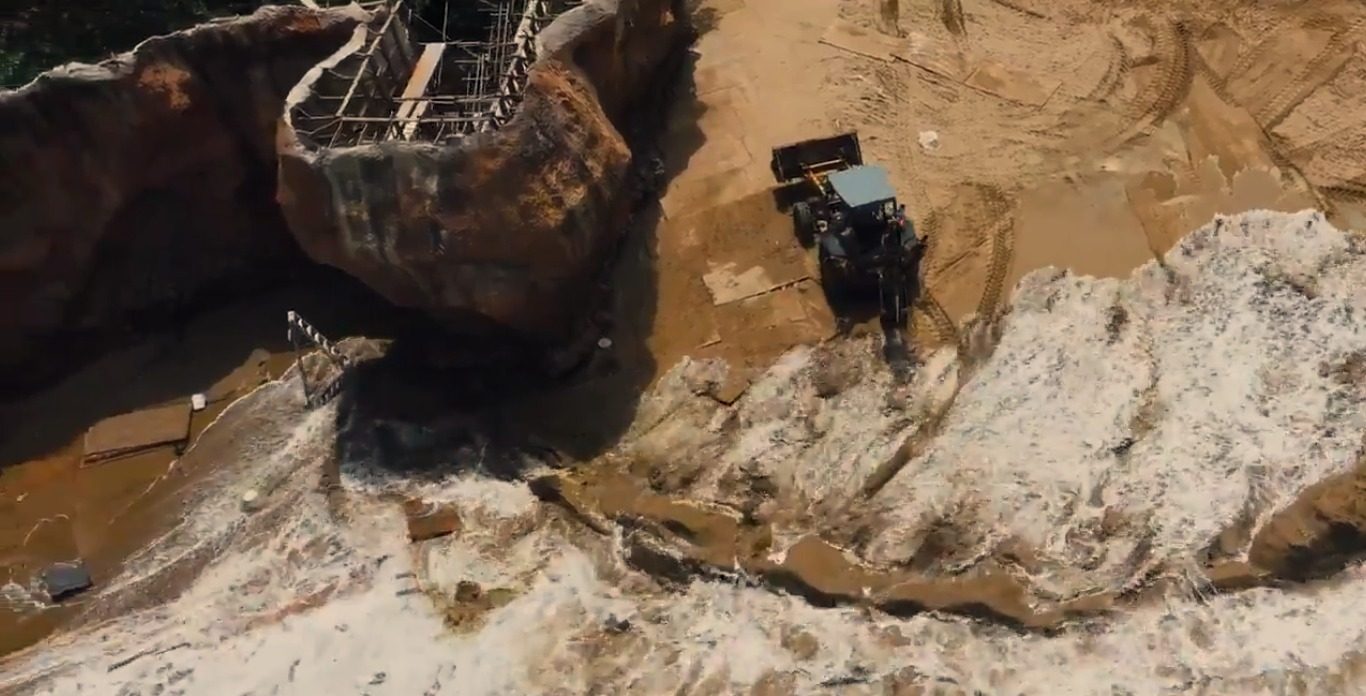 Other Locations in the Dominican Republic

Apart from the beach, part of the production was also done in Pinewood Dominican Republic Studios, located in the beach town of Juan Dolio in the San Pedro de Macoris province in the southern region of the Dominican Republic. The north and south lots of the studios are located on Autovía del Este Km 55 and Autovía del Este Km 64, respectively and are about 40 miles east of the capital city of Santo Domingo.

The film also used a luxury resort in the Dominican Republic to film the movie’s initial scenes when the central family arrives at their vacation spot – Anamika Resort. The Caribbean resort and beach used for filming are actually stand-ins for an island off the coast of France where the film is set.

Me tech scouting with crew for new film! We are just over a week away from shooting. Feel lucky to be telling stories again. pic.twitter.com/HicaoSFwKE