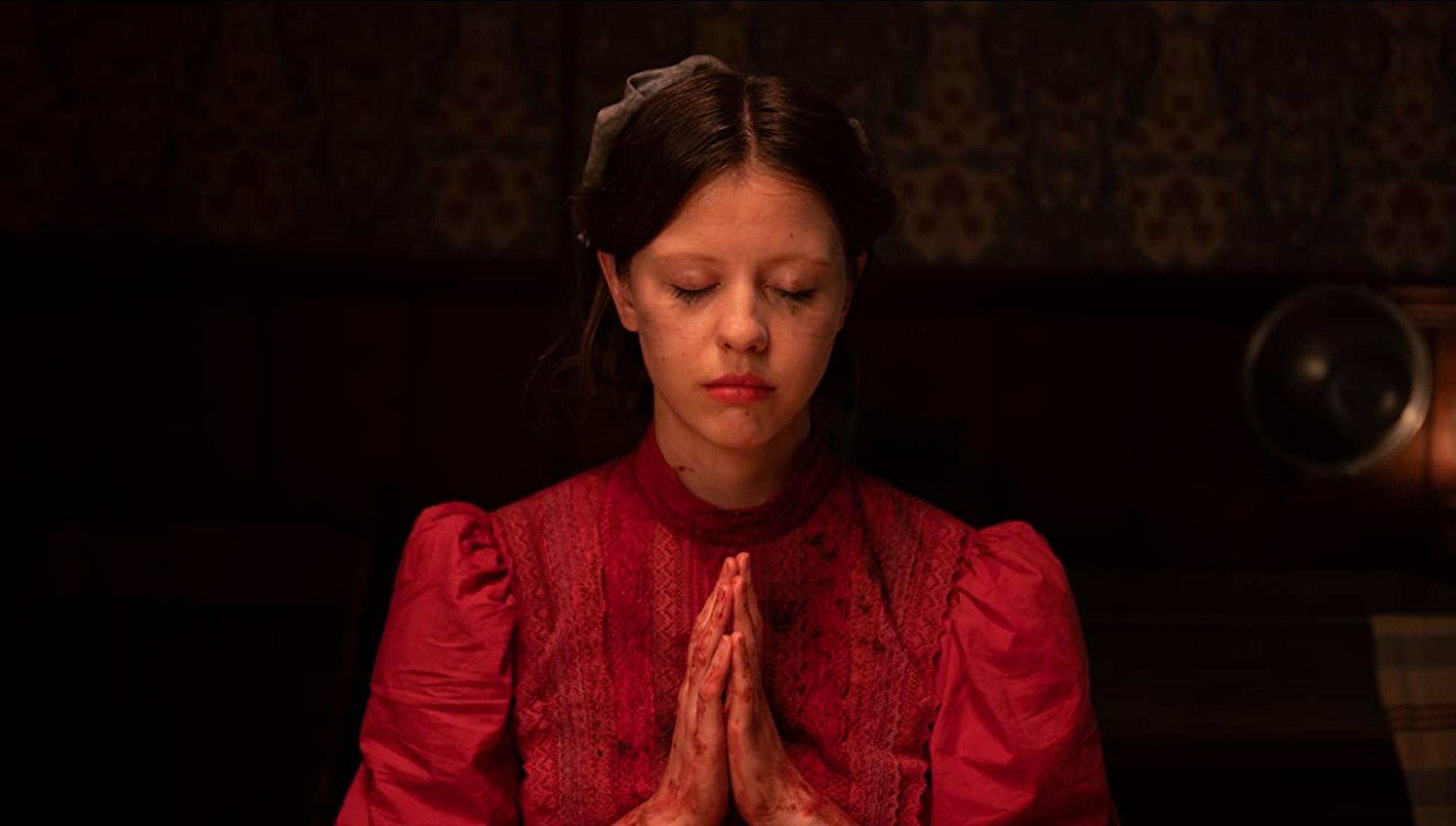 A prequel to ‘X,’ ‘Pearl’ (also known as ‘Pearl: An X-traordinary Origin Story’) is a slasher thriller movie co-written and directed by Ti West that serves as an origin story for the murderous character of Pearl. Set in the late 1910s during World War I, the narrative revolves around the beginning of her violent tendencies and portrays how the infamous cabin where the massacre in ‘X’ occurs was used as a boarding house. Pearl finds herself trapped in her family’s barn, where she is responsible for tending to her ailing father under her mother’s watch.

However, the girl’s lust for having a glamorous life makes her realize her true ambitious and violent nature. ‘Pearl’ connects many dots for the original movie’s fans while keeping the viewers on the edge of their seats through its gory and thrilling narrative. Moreover, the familiar backdrop of the barn and house will make you question if the prequel was shot in the same locations as ‘X.’ Well, in that case, we have the answers to your questions!

‘Pearl’ was filmed in New Zealand, specifically in Whanganui and Wellington. The principal photography for the slasher movie took place in secret, right after the production of ‘X’ concluded, seemingly in May 2021. Just like the original iteration, ‘Pearl’ is also set in Texas but is entirely shot in New Zealand.

In a March 2022 interview with IndieWire, Ti West revealed how the filming unit taped two movies back to back. He said, “I came out of quarantine, and I was like, ‘We’re already building all of this stuff, it’s COVID, and we’re on the one place on Earth where it’s safe to make a movie. We have the whole crew from ‘Avatar 2’ who’s on break. We should make two movies.'” Now, let us take you to all the specific locations where the prequel was shot!

Many pivotal sequences for ‘Pearl’ were lensed on location in Whanganui District, comprising the eponymous city and surrounding areas. The cast and crew set up camp in and around the familiar property, Lambhill Homestead, in the rural community of Fordell to shoot several scenes featuring the house and barn. Besides that, they utilized the premises of the Royal Whanganui Opera House at 69 Street Hill Street in Whanganui. In addition, Victoria Avenue and Ridgway Street served as important filming sites for exterior shots.

Much like its prequel, additional portions of ‘Pearl’ were recorded in Wellington, New Zealand’s capital city. Situated at the southwestern tip of the North Island, it is often referred to as the nation’s cultural capital due to its diversity. Apart from ‘Pearl’ and ‘X,’ the city has served as a pivotal production location for several movies and TV shows, such as ‘The Hobbit: An Unexpected Journey,’ ‘Avatar,’ ‘What We Do in the Shadows,’ ‘Spartacus,’ and ‘The Tribe.’

Read More: Where Was X Filmed?