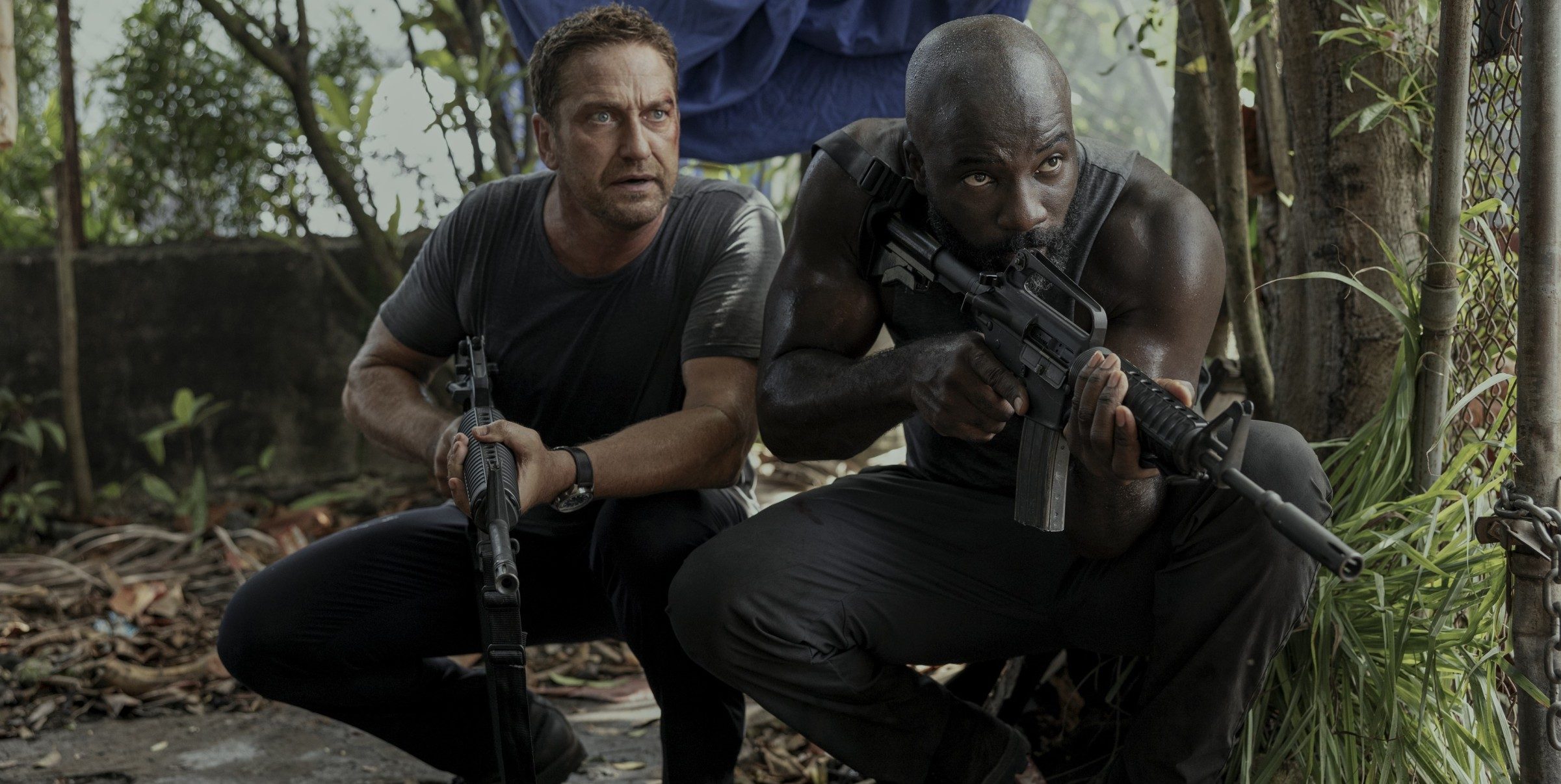 Based on Charles Cumming’s novel ‘The Plane,’ ‘Plane’ is an action thriller movie helmed by Jean-François Richet that follows the crew members and passengers of a flight piloted by a commercial pilot, Brodie Torrance. He manages to make a risky yet successful landing on a dangerous island without any casualties after the plane gets damaged by a storm. After landing, Brodie realizes that not-so-friendly anti-government militias rule the island.

When the armed rebels take most of the passengers hostage for large ransoms from their respective families, Brodie is left with no choice but to uncuff and count on the convict Louis Gaspare. The latter is an accused murderer who he is supposed to transport securely by order of the FBI. Now, the two team up to rescue the passengers and forsake this unfriendly island together. The island’s secluded location not only captivates the viewers but also makes them wonder where the action movie was shot. If you are curious about the same, you might be interested in what we have to share!

‘Plane’ was filmed in Puerto Rico and seemingly in California, specifically in the San Juan Metropolitan Area and Los Angeles. As per reports, the principal photography for the Gerard Butler starrer commenced in early August 2021 and wrapped up in about eight weeks or so in early October. Although the story is set on the Philippines’ Jojo island, the makers chose to shoot most of the movie on the Caribbean island, given its similar features. Now, without further ado, let us take you through all the specific places that feature in the action thriller movie!

Almost all the pivotal sequences for ‘Plane’ were lensed in the San Juan metropolitan area, in the northeastern part of Puerto Rico, centered around the eponymous city. Specifically, Puerto Rico Convention Center at 100 Convention Boulevard in San Juan doubled as the airport terminal where many airplane-related scenes were shot. Given that the filming unit was granted permission to shoot on the site for a week or so, they had to be extra careful while recording all the scenes they planned.

Besides, most of the exterior scenes depicting the island of Jojo were taped on location in and around Castillo San Cristobal, Castillo San Felipe del Morro, both at 501 C. Norzagaray in San Juan, Barrio Obrero, and Roosevelt Roads Naval Station in Ceiba. In addition, the production team transformed the Pedrín Zorrilla Stadium or Coliseíto Pedrín Zorrilla at CW7H+X64, Calle Nemesio R. Canales in San Juan into a soundstage to lens various important interior scenes.

Not just that, key portions of the movie were recorded in the Rio Grande municipality in the San Juan metropolitan area. During the filming schedule, mainly for the exterior scenes, the team had technical issues getting the necessary logistics transported to them. However, after much persistence, they managed to get the logistics airlifted and dropped at the shooting location.

A few scenes for ‘Plane’ were possibly taped in Los Angeles, the largest city in California. The filming unit reportedly utilized the facilities of one of the film studios in or around LA and shot some key interior sequences for the movie. Located in Southern California, the City of Angels is home to numerous tourist attractions, including the Cathedral of Our Lady of the Angels, the Hollywood Sign, the Los Angeles Memorial Coliseum, and the Los Angeles County Museum of Art.