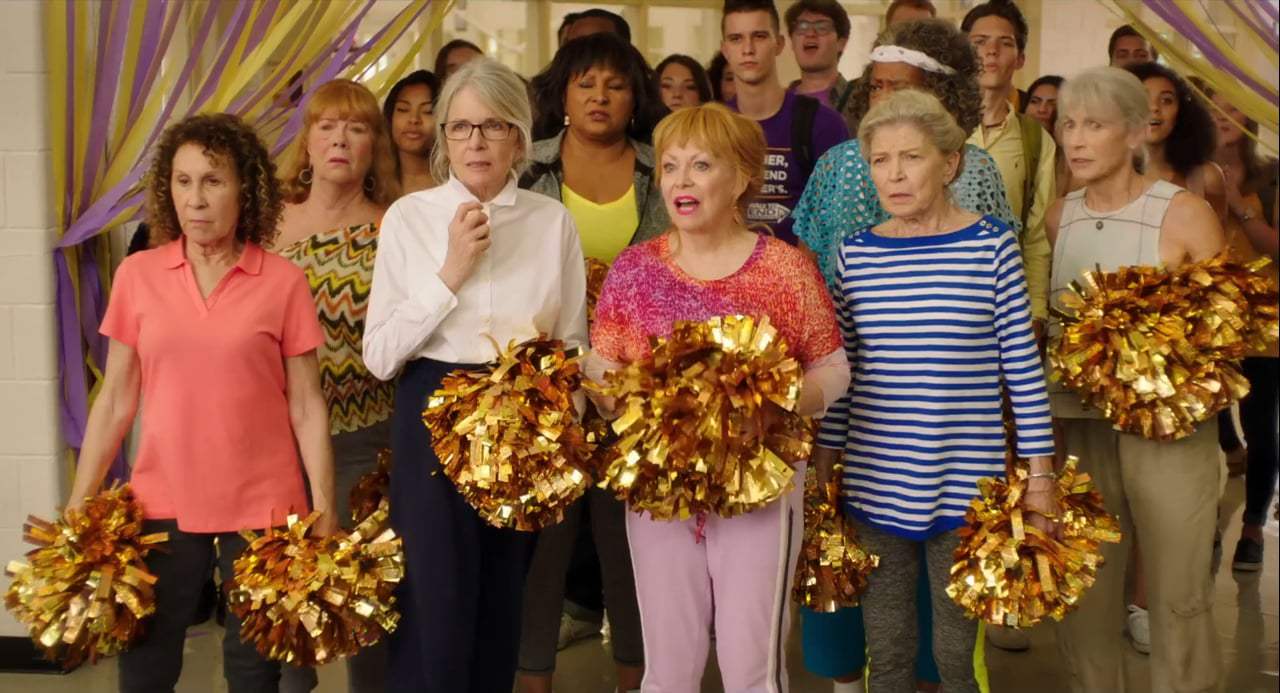 It is perhaps never too late to be young. Director Zara Hayes seems to deliver this message in her inspiring and extravagant 2019 comedy film ‘Poms.’ The story is told with poignance, with some visual quirk and hilarious moments in the mix. With a cast ensemble comprising evergreen actresses like Diane Keaton, Jacki Weaver, and Pam Grier, and guided by an uplifting score, the movie proves to be a highly potent concoction that immerses you in the lives of the characters. Keaton acts as Martha, a woman battling cancer, who withdraws from her treatment and relocates from a big city to a small neighborhood in Georgia to live a hermit life.

However, her initial plan goes awry when something far more exciting comes her way. Martha finds a friend and confidante in community supervisor Vicki, and Vicki rekindles Martha’s old fondness for cheerleading. Together, they begin to take auditions for a cheerleading team, and the experience profoundly impacts their lives. Most of the film unfolds in the tranquil and tight-knit community of Sun Springs in Georgia, where Martha relocates. However, if you seek to identify the locations where the film was shot, allow us to be your personal guide.

‘Poms’ was filmed in its entirety in the US, and especially in Georgia. Filming commenced in July 2018 and was completed shortly thereafter. Most of the cinematic narrative unfolds in the state, and the director chose to film on location. Georgia, also known as “Hollywood of the South,” has gradually become a bustling hub for movie and television productions due to its manifold benefits.

The state flaunts a vast range of locale, gentle climate, and a repository of an able film crew to attract productions. On top of it, the lucrative tax credit adds to the overall charm of the location. As per Georgia Entertainment Industry Investment Act, eligible productions filmed in the state get a whopping 20% tax rebate. Anyway, let us now take you to the specific locations where the movie was filmed!

The majority of the sequences were reportedly filmed in and around Atlanta, the capital city of Georgia. The crew filmed extensively in the region to bring the story to life. Some interior sequences were filmed in the city. However, as the narrative is set in suburban areas, the team went to the outskirts of Atlanta to film most of the exterior scenes. The production unit mostly carried out a part of the shooting in the suburbs of Hampton, a southeastern suburb in Metro Atlanta. 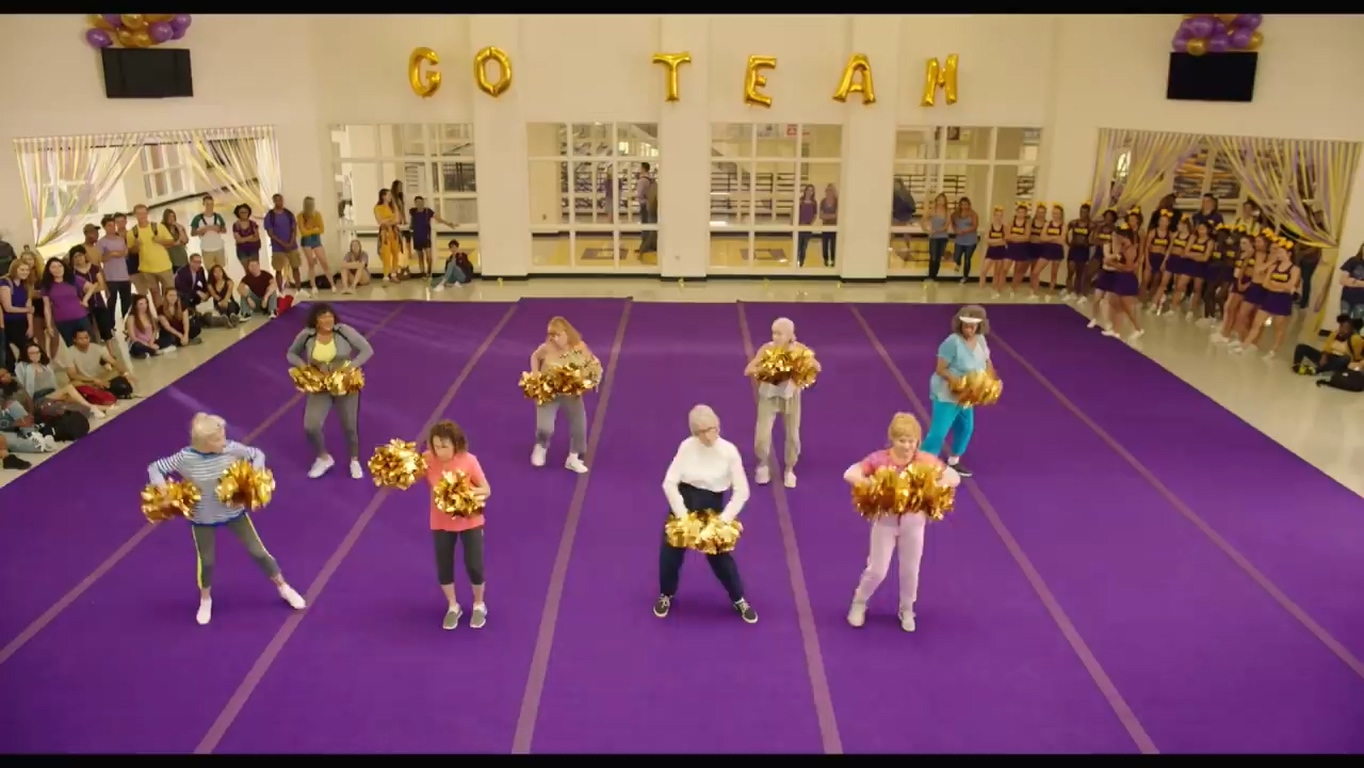 The township of Hampton is located 28 miles away from downtown Atlanta and 11 miles from Griffin. Apart from the city’s cultural heritage and historical significance, the region also proves to be quite a fertile ground for filming due to its production resources and availability of technical hands.

A major location in the movie is the retirement community of Sun Springs, the neighborhood where Martha relocates. You would be surprised to know that the cast and crew filmed the scenes set in Sun Springs in an actual retirement community called Sun City Peachtree Active Retirement Community. Packed with resort-style amenities, the center is situated at 123 Creekside Court in the neighborhood of Griffin, at an hour’s distance from downtown Atlanta. 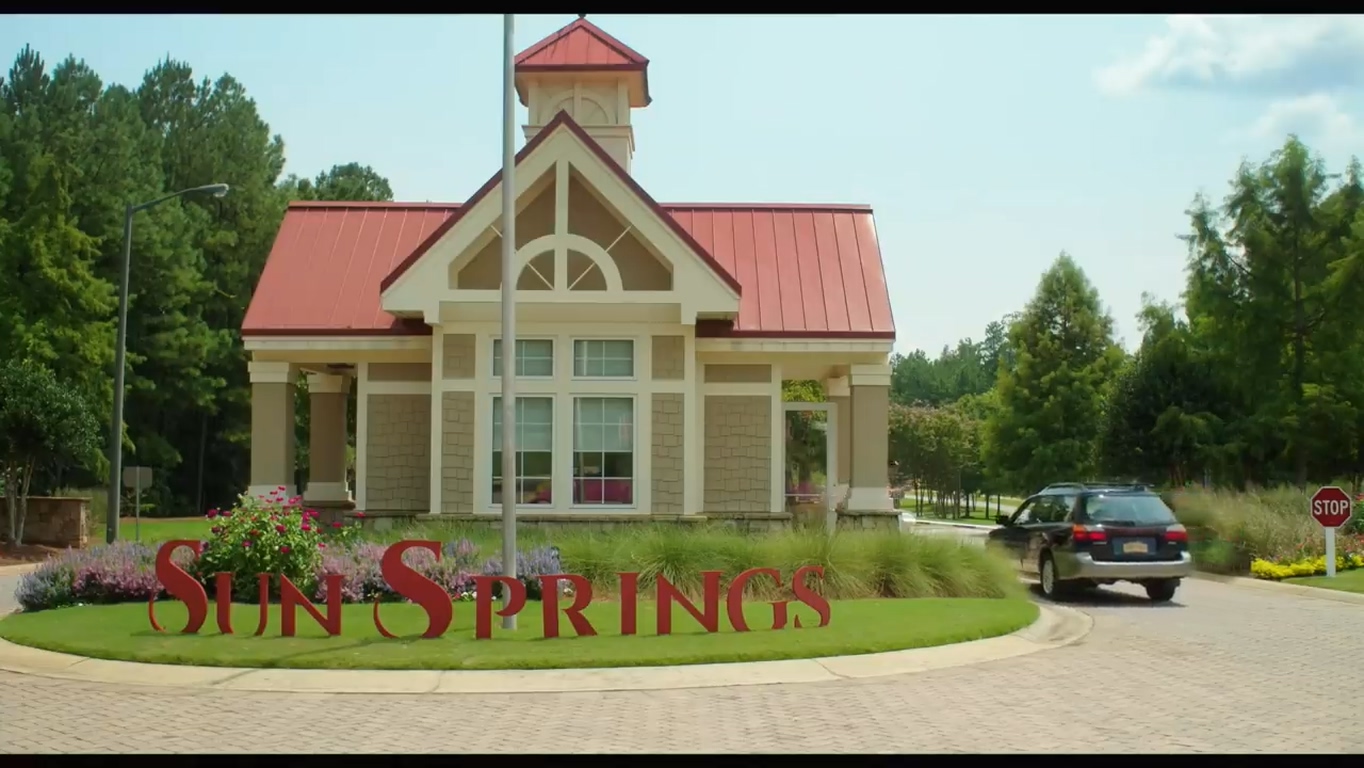