Where Was Romance Retreat Filmed? Is it Based on a True Story? 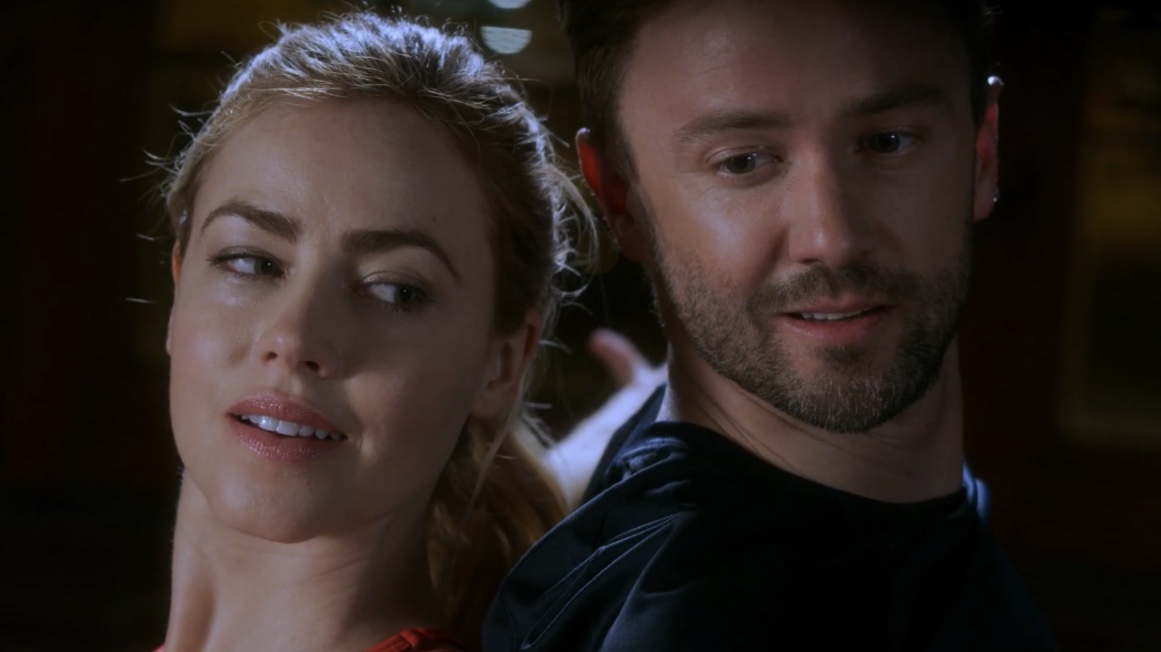 ‘Romance Retreat’ is the story of journalist Dana Willingham (Amanda Schull), who finds herself subjected to a scandal that could ruin her life. She takes off to a special hideout where she encounters tech guru Stephan Gonzales (Morgan David Jones), who turns out to be a major part of the scandal. They are both inadvertently stuck on a couple’s retreat as Dana plans to expose him to the media. However, she catches feelings for him that end up confusing her.

This romantic tale unfurls with experiences shared by the couple, one after the other. They bond through yoga, have deep conversations, and share unbridled chemistry that stands out every time they are together. All of it happens in some remote area where Dana is repeatedly chided for bringing in her work laptop. A soothing silence cradled in nature’s embrace occupies the movie’s undertones, and we were curious to know where it was filmed. Here’s everything we found.

‘Romance Retreat’ started filming in March 2019 and wrapped up in April 2019. It was completed within a period of three weeks. The movie was primarily shot in Toronto, Ontario. Let’s get into specific details!

Running along Lake Ontario’s northwestern shore, Toronto is mostly associated with its metropolitan landscape, hugging skyscrapers that touch the sky, especially the iconic CN Tower. ‘Romance Retreat’ was surprisingly filmed in this bustling city in contrast to the title of this movie. Here’s a picture featuring the lead pair – Morgan David Jones and Amanda Schull – literally chilling on the set of this romantic film. 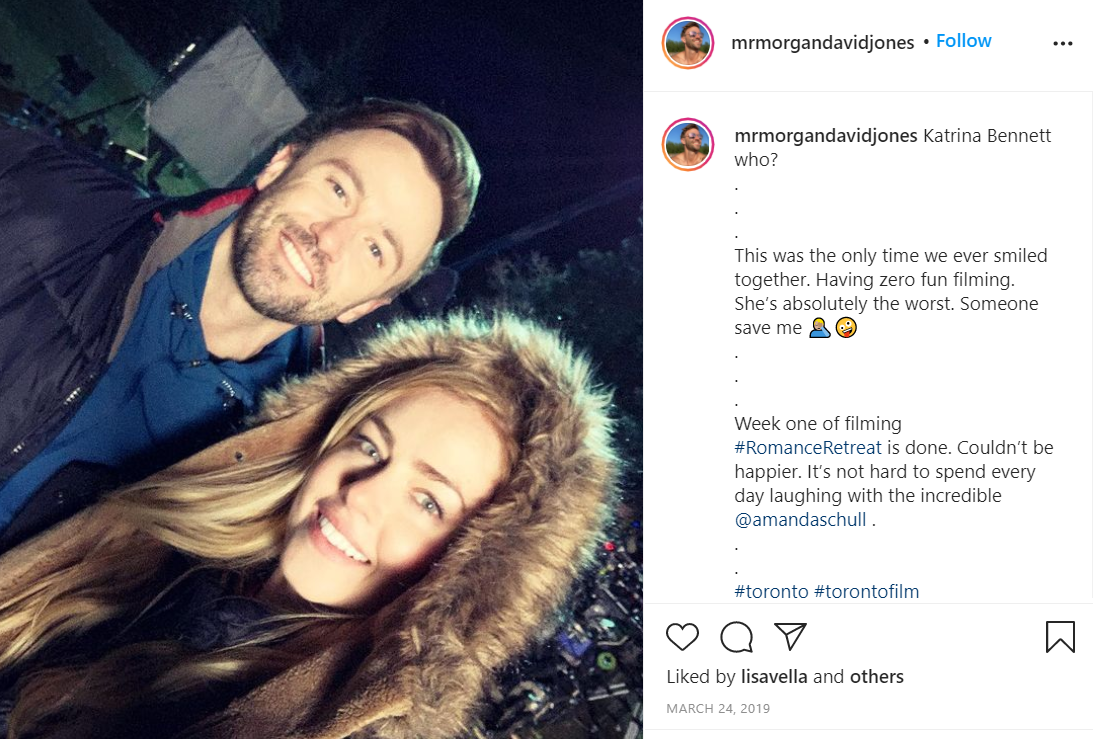 People who haven’t explored the city would be thrilled to know that it is positively teeming with picturesque trails, spectacular parks, and forested peaks. Pictures posted by the cast showcase backdrops away from the hum and chatter of city life. Morgan David Jones shared a picture seemingly from his last day on set, thanking the cast and crew for the wonderful experience he had while filming. 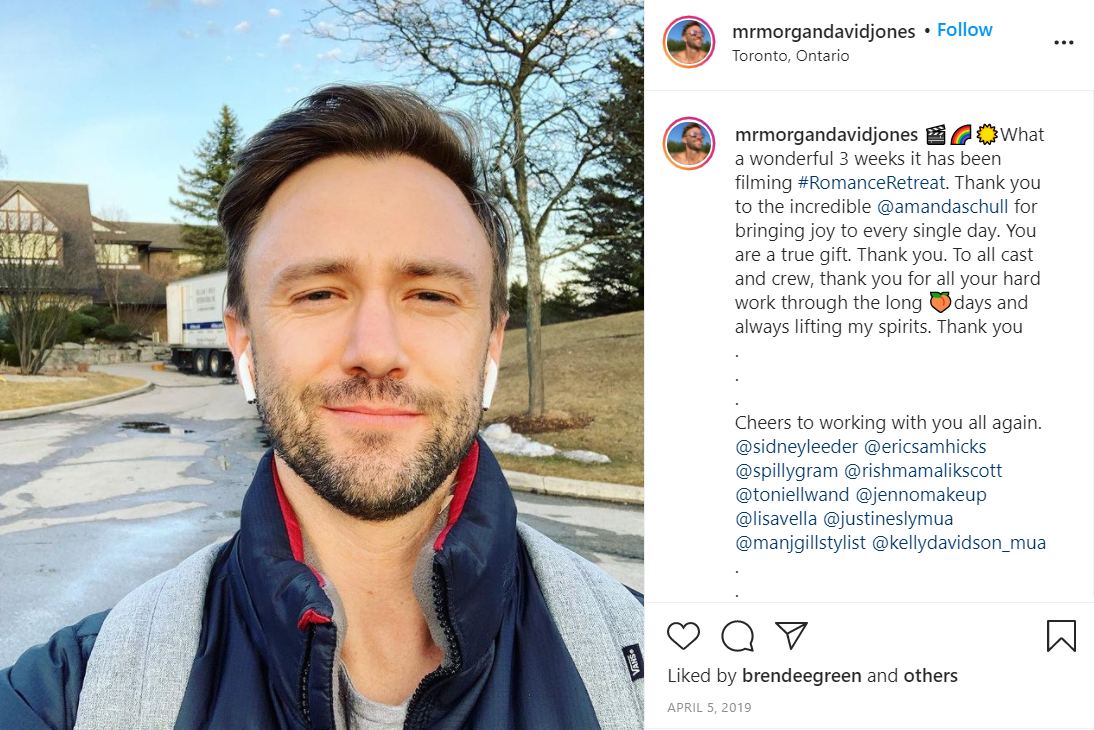 Situated on Puget Sound and Lake Washington in the Pacific Northwest, Seattle is one of the country’s renowned storehouses of parkland. The city’s natural scenery is replete with water, mountains, and evergreen forests. The production wrapped up filming in Seattle in early April 2019. Jamie Spilchuk took to Instagram to post a picture from the day the production wrapped up shooting for the film. 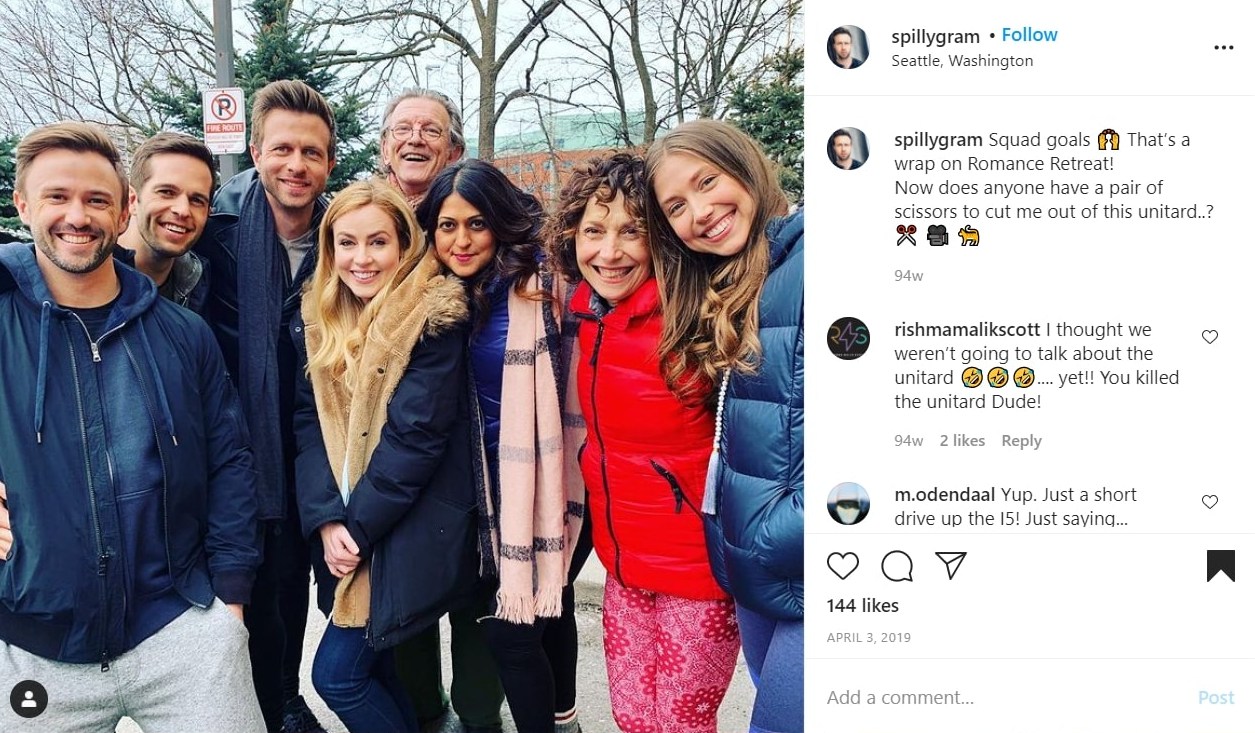 ’Romance Retreat’ is another Hallmark movie that captivates the audiences with its unique narrative brushing against the fuzziness of romance. If you want to know whether the story’s origin is based on a real incident, here’s everything we found.

Is Romance Retreat Based on a True Story?

No, ‘Romance Retreat’ is not based on a true story. It is based on an original screenplay by Galen Gilbert and John Dion. The story is centered around a retreat to a remote destination where the protagonist decompresses from problems originating out of a scandal. An ambitious journalist Dana seeks an escape from the pressures of daily life and chances upon a handsome man named Stefan. One thing leads to another, and she finds herself stuck between listening to her heart or dropping a chance at true love to take a step ahead in her career.

With regards to the story and the general idea behind it, the movie is similar to ‘Couples Retreat’, a comedy classic surrounding four couples that settle on a tropical island for a few days. In the film, one of the couples is truly seeking therapy because of their failing marriage, while the others want to have fun. But the other pairs soon get roped into the therapy sessions, which end up revealing their secrets.

Another movie that might be roughly similar to ‘Romance Retreat’ is ‘Blended’, starring Adam Sandler and Drew Barrymore. It follows a pair is trapped in an African Safari where they bond and explore different facets of their fragile dynamic. Everyone needs an occasional break from responsibilities and work to actually know oneself better. ‘Romance Retreat’ does exactly that, by touching upon the themes of self-discovery and escape.

The Hallmark movie deals with the usual 9 to 5 routine crashing in on a person’s mental capacity, which sometimes triggers a positive change. People start taking their mental and emotional health more seriously, paving a path towards a better life. Although ‘Romance Retreat’ is not based on a true story, it is indeed a story that falls in line with reality.