Where was Showtime 1958 Filmed? Is it Based on a True Story? 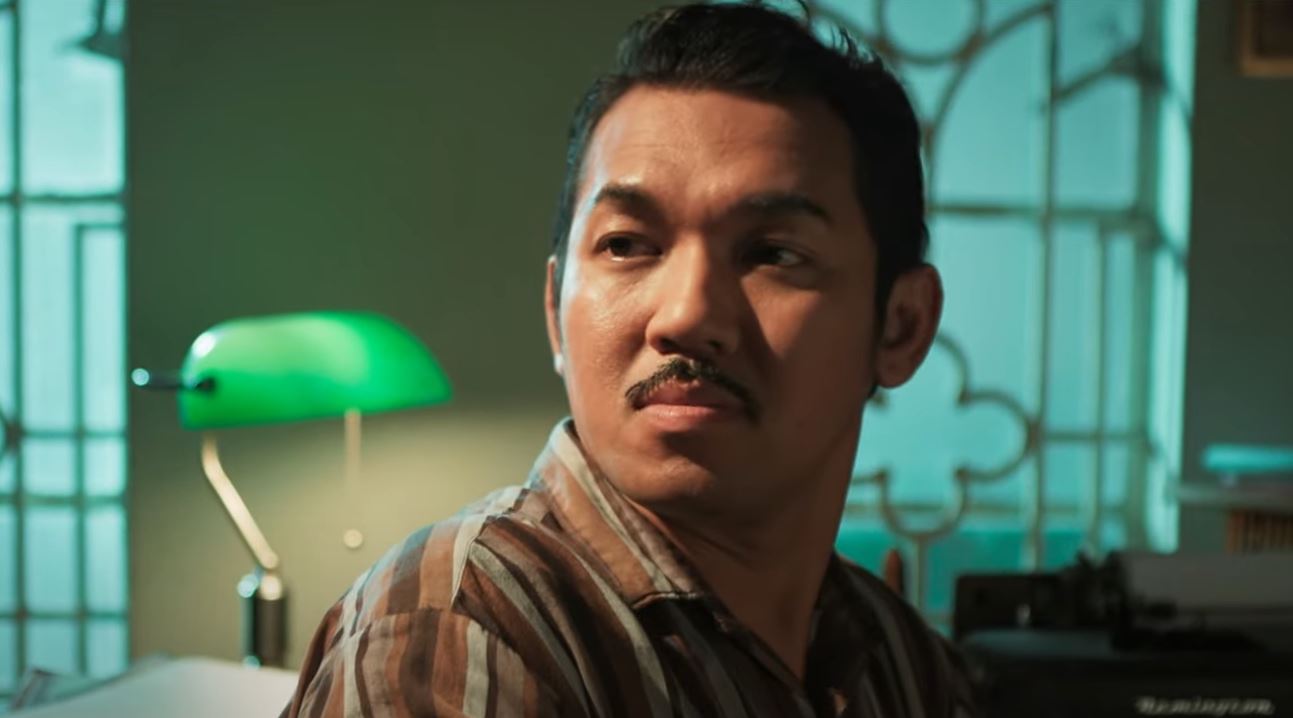 Directed by Anwardi Jamil, ‘Showtime 1958’ is a drama movie set on a single day in 1958 Malaysia. With the rise of television and the influx of foreign movies, the film highlights the changes in the Malay theatre industry. The movie revolves around director P. Ramlee (Amai Kamarudin), who decides to host a variety show to raise funds for performers who lost their jobs before Eid. However, one cannot help but be mesmerized by the beautiful song “Selamat Hari Raya.”

With its period-appropriate cinematography and colorful backdrops, many are curious to know where the Malaysian movie was filmed. Its gripping storyline and heartfelt emotions also make the audience wonder whether the storyline is rooted in reality. Luckily for you, we have all the information you need!

‘Showtime 1958’ was filmed primarily in Kuala Lumpur, the largest city in Malaysia. The principal photography for the movie reportedly began in June 2019 and was finished in late July 2019. Let’s get to know about the filming process in greater detail.

Apart from being the capital of Malaysia, Kuala Lumpur is also the heart of the country’s entertainment industry. It stood to reason that the producers of ‘Showtime 1958’ chose the city to film the movie. The filmmakers decided to lens pivotal scenes at Jabatan Kebudayaan dan Kesenian Negara Wilayah Persekutuan or the National Department For Culture And Arts. Located at Jalan Tun H S Lee, City Centre, the place holds a high significance within the Malay theatre community. Other movies shot in Kuala Lumpur include ‘Crazy Rich Asians‘ and ‘Mission: Impossible – Rogue Nation.’

Yes, ‘Showtime 1958’ is based on a true story. Written and directed by Anwardi Jamil, the movie is inspired by the events surrounding the play hosted by P. Ramlee and Jamil Sulong for the Malayan Artistes’ Union in 1958. Due to the increasing popularity of television and the availability of movies from countries like the USA, India, and Hong Kong, the workers within the industry struggled to make ends meet.

Persama AKA Persatuan Artis Malaya or Malayan Artistes’ Union was formed in 1954 by the employees of Malay Film Productions in Singapore, which was owned by Shaw Brothers. In 1957, the Union asked for better compensation from the company. They demanded higher pay, overtime charges, weekend holidays, and bonuses for each completed project. Five of the union members Syed Hassan Al-Sahab, Musalma Nooralim, S. Kadarisman, Omar Rojik, and Rohaizat were fired from their positions in the studio in March 1957, days before Eid al-Fitr. So, the Union members decided to go on a strike.

A variety show was organized by Union President P. Ramlee and Jamil Sulong to help the five members and not affect their Eid celebrations. On the day of the show, the duo wrote the song “Selamat Hari Raya” for Eid al-Fitr. The song and the accompanying music video became a big hit, thanks to Datuk Ahmad Jais, a beloved Malaysian singer. The chorus of “Seruan kita untuk semua, Selamat, Selamat, Selamat Hari Raya” soon became popular. 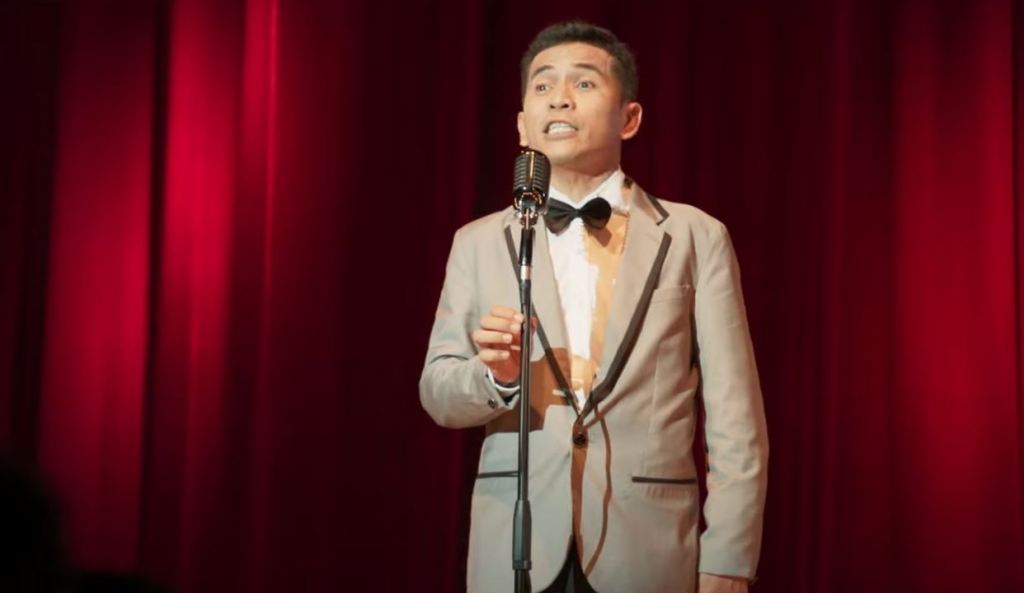 Jamil Sulong’s son, Anwardi Jamil, worked on ‘Showtime 1958’ for over 30 years. He took feedback from his father and his mother, Datuk Rosnani Jamil, a well-known actress and director. The amazingly talented U-Wei Saari helped him refine the script. “It is my labour of love to the actors of my parents’ era, not only Tan Sri P. Ramlee. My father told me many stories over the years, and he kept them in his diaries,” Anwardi shared in an interview with New Straits Times, an English-language Malaysian newspaper. “The film does not tell every single story, only some of the more interesting ones. A complete story of that era would require five films.”

The co-writer of “Selamat Hari Raya” Jamil Sulong was more than happy to share that the current generation will know his stories but decided to leave the specifics to his son. Moreover, Anwardi’s mother was a great source of information as well, given her sharp memory and experience. “My challenge was to recreate the 1950s right down to the most minute details. The cars, the dresses, the cigarettes, the hairstyles, and the slang,” Anwardi confessed. “I’m very fortunate to be able to tap into her knowledge of women’s dresses, such as the splendid kebaya, plus the high hairdos, corsets and makeup.”

However, Anwardi Jamil was most excited to share the story of P. Ramlee. “Viewers will learn how P. Ramlee and Puan Sri Saloma met and fell in love, his friendship with my father, and how the famous Selamat Hari Raya song made popular by Datuk Ahmad Jais was created,” he said. Through the movie, the director also sheds light on the Union’s work, the journey of different actors, and the industry at the time. 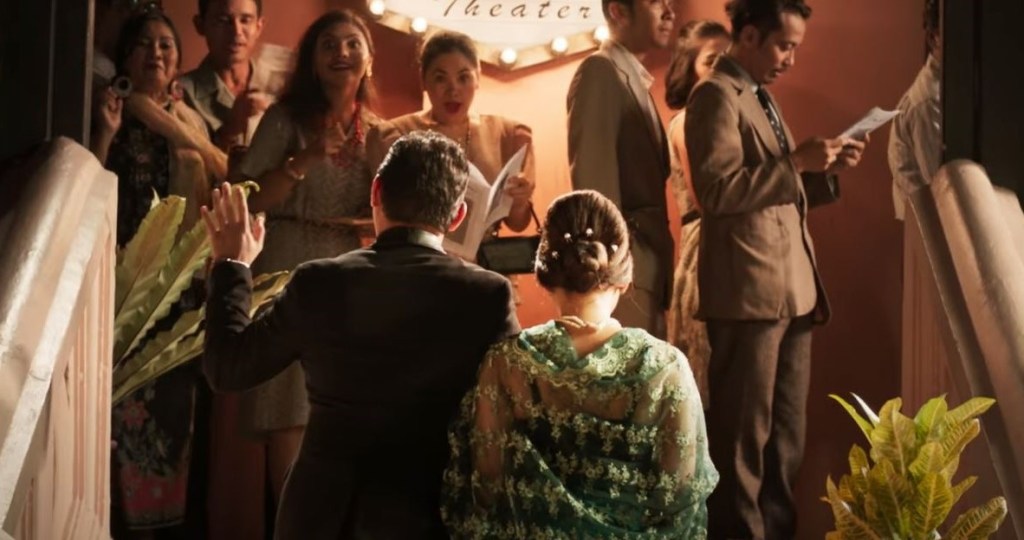 To conclude, ‘Showtime 1958’ is indeed based on a true story. Not just that, the movie is a creation by the son of one of the most notable names in the film. Given the connection, the viewers are to enjoy an authentic piece of Malay history that showcases the life behind the curtains.