Where Was Spencer Filmed?

Pablo Larraín’s ‘Spencer’ is a speculative account of the later phase of Princess Diana’s marriage with Prince Charles. It explores the imaginative psychological trajectories of the Princess (Kristen Stewart) prior to the separation from her husband. Set in December 1991, the biographical film spans over three days, depicting the royal family’s Christmas holidays in their Sandringham estate with Diana brooding over her turbulent marriage.

Even as an intense psychological film in “Pablo Larraín style,” ‘Spencer’ offers an exquisite gateway to the illustrious architecture and design relished by the royal families. The film succeeds in displaying the distinctiveness of the stupendous landscapes and imperial mansions of the ruling class of the times. The attention to detail maintained by Larraín and his crew to portray the marvelousness of Princess Diana’s surroundings got us truly intrigued. So, we dug up to learn more about the locations used for the making of ‘Spencer.’ Let’s take a look!

‘Spencer’ was primarily filmed in Germany and England. The principal photography reportedly commenced in January 2021 and wrapped up in April 2021. Even though the film is set in England, several German locations feature in the film. Now, let’s dive into the details.

One of the three locations that stand in for Sandringham Estate in the movie, Schlosshotel Kronberg is situated in the town of Kronberg im Taunus. Built in the late 19th century for the German Empress Victoria, the eldest child of Queen Victoria of the UK, the establishment is a prime example of Royal architecture of the times. 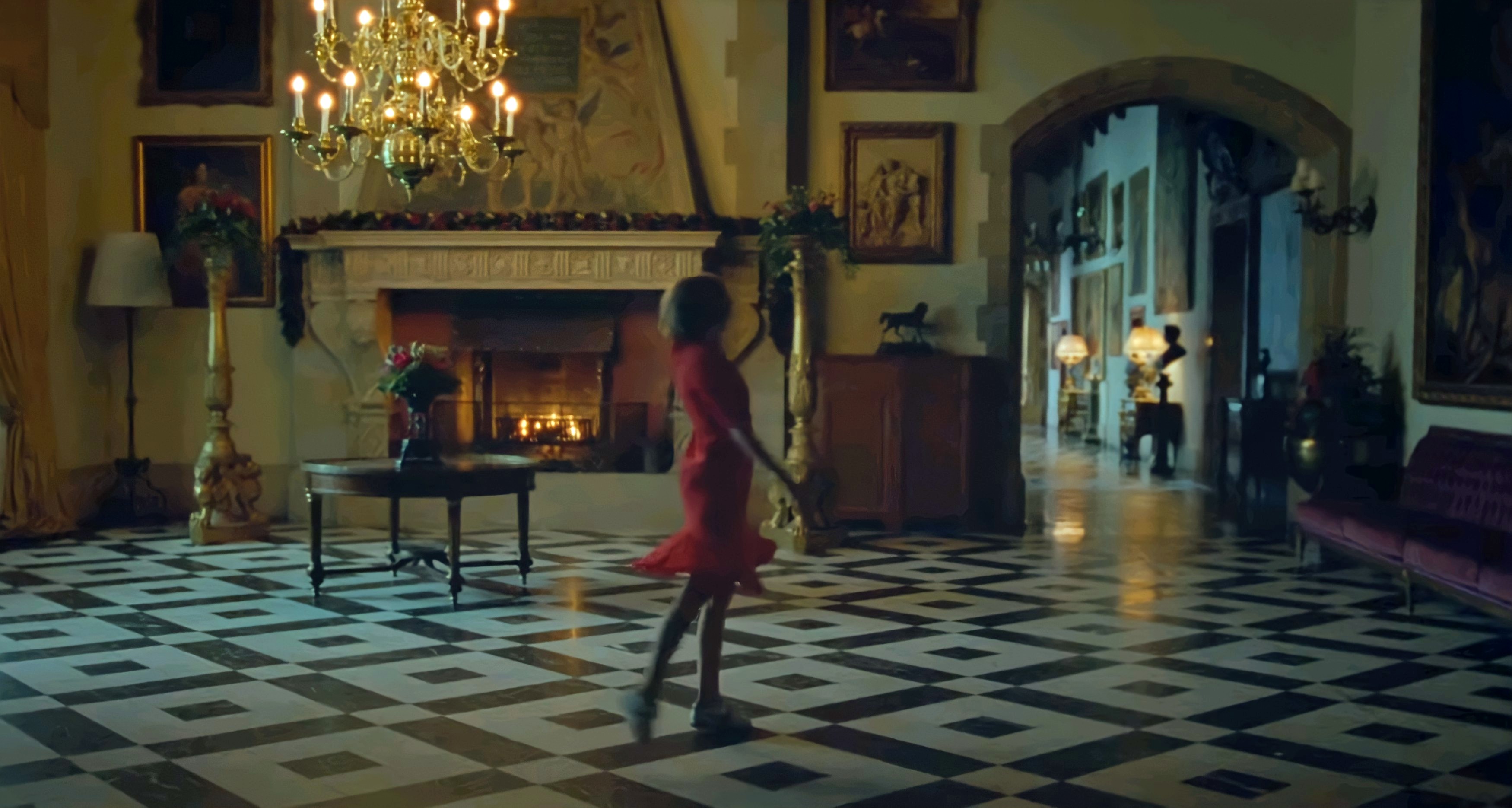 Originally designed by Royal architect Ernst von Ihne, the splendor of Schlosshotel Kronberg provides a fitting interior for the scenes in the film as it emanates the grandeur of the Princess’ upbringing and surroundings. A five-star hotel in the present times, the castle can be identified in the movie from the black and white hallway Princess Diana dances through.

The exterior shots for Sandringham Estate were chiefly filmed at Schloss Nordkirchen AKA Nordkirchen Castle, situated in the town of Nordkirchen. Constructed in the first half of the 18th century, the palace is renowned as “Versailles of Westphalia.” The castle is protected by UNESCO and is now known as the site of the University of Applied Sciences of Finances North Rhine Westphalia. The property is surrounded by a vast moat with four bridges. 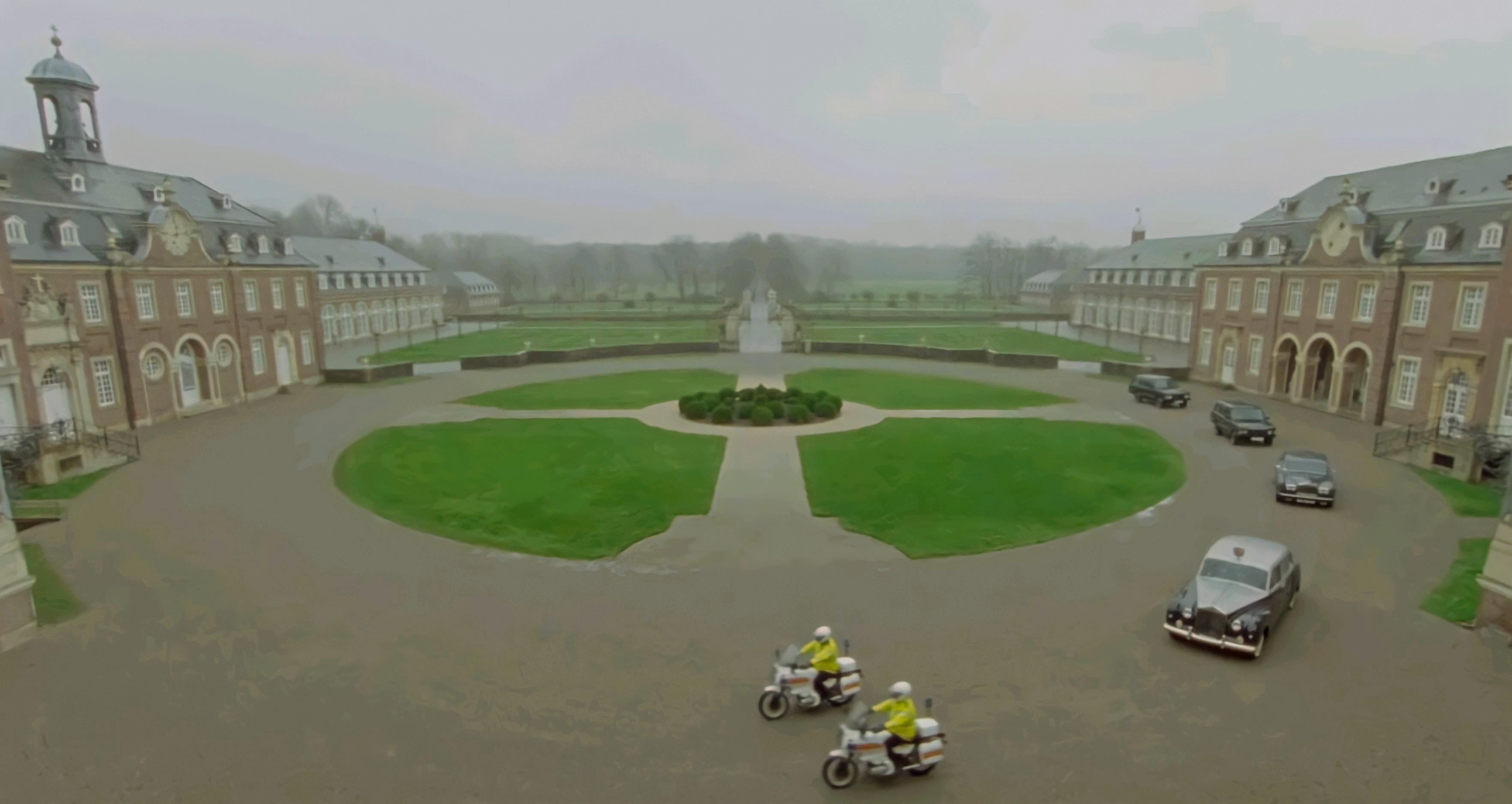 The woodlands around Nordkirchen Castle also enhance its appeal and grandeur. The property can be seen in the film in sequences where Princess Diana walks through the gardens of Sandringham Estate, immersed in thoughts about the predicaments in her marriage.

Naturwildpark in the town of Dülmen serves as another filming site that has been used to depict park scenes in the film. With the Lippe river to the south and the Baumberge hills to the north, Dülmen is an alluring destination for outdoor filming. The town is home to numerous parks, some of which are in close proximity to one another. The filming in Dülmen was reportedly completed alongside the Nordkirchen schedule as the towns are just about 20 km away from each other.

Schloss Marquardt AKA Marquardt Castle also serves as a filming location for the biographical movie, chiefly used for its astonishing interiors. The architectural marvel stands in for Park House in the film. According to sources, it is yet another location that was used to film scenes depicting Sandringham Estate. Situated in the town of Potsdam, the establishment was used as a reserve military hospital during the Second World War.

After the team wrapped up filming in Germany, the production continued in the county of Norfolk, England. Apparently, sites in and around the actual Sandringham Estate have been used to shoot some outdoor sequences. The scene where Diana opens up to her close friend Maggie has been lensed at Old Hunstanton Beach, which is almost ten miles from the Sandringham Estate.

Situated in the town of Attleborough in Norfolk, St Peter & St Paul’s Church also serves as an integral filming site. A pivotal scene in which Princess Diana watches Prince Charles and Camilla was filmed outside the church, whereas the Royal family’s church visit was shot indoors. 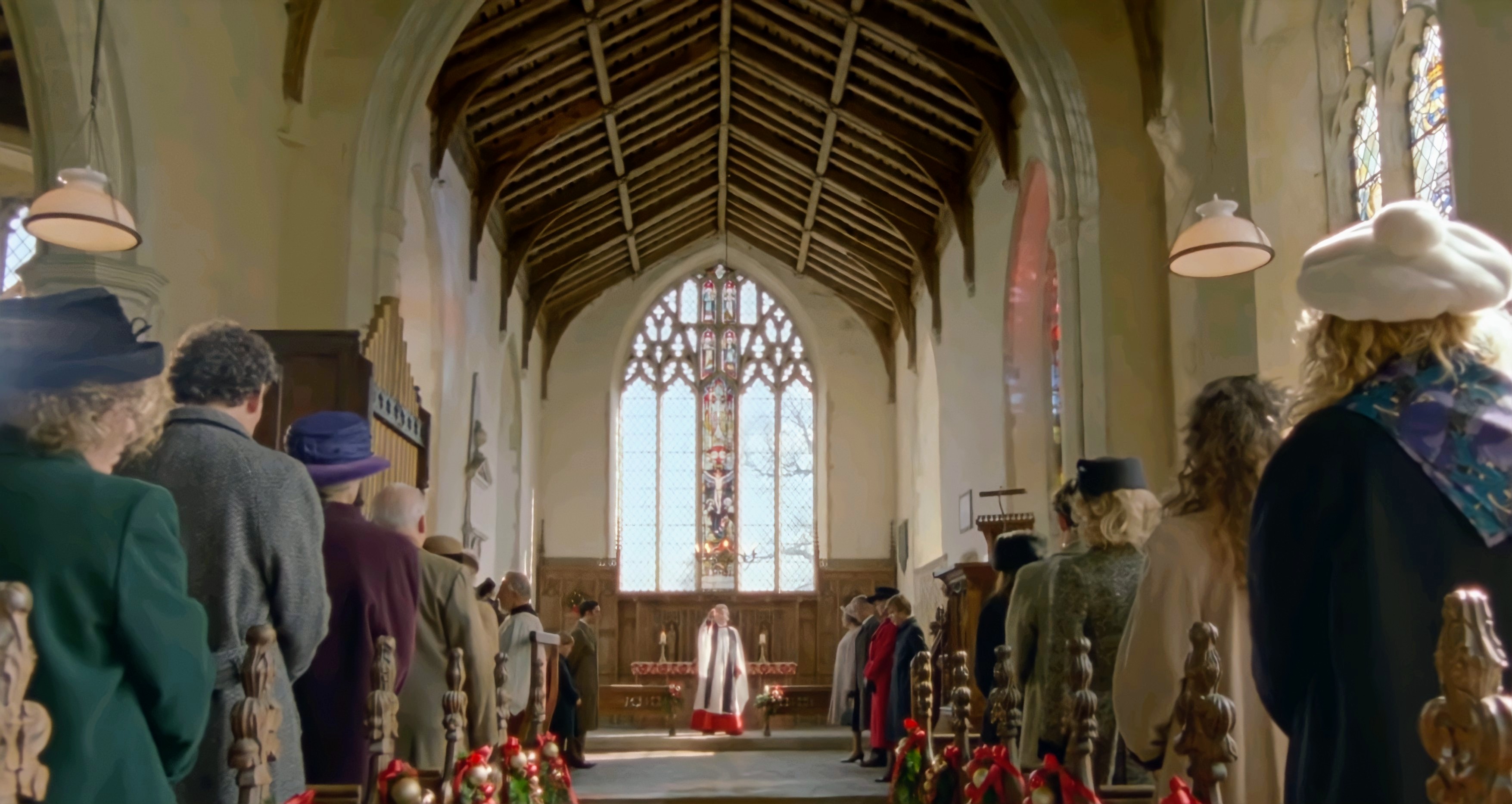