Where Was Spiral Filmed?

‘Spiral: From the Book of Saw,’ popularly known as ‘Spiral,’ is a psychological thriller film with broad strokes of horror directed by Darren Lynn Bousman, with a screenplay by Josh Stolberg and Peter Goldfinger. It follows hotshot young detective Ezekiel “Zeke” Banks (Chris Rock) and his rookie partner William Schenk (Max Minghella) as they investigate a city-wide murder spree perpetrated by a mysterious murderer imitating the style of a well-known serial killer.

It is the ninth installment in the ‘Saw’ franchise, which is known for featuring some gnarly killings, gasp-inducing torture sequences, and mortifying death traps. To maintain the eerie and skin-crawling vibe, the movie’s filming locations have been kept a secret, much like most of its plot. If you are looking for more information about the locations in the spine-chilling movie, we put our sleuthing skills to use and gathered the details for you. Here is everything you need to know about the filming of ‘Spiral.’

Principal photography commenced on ‘Spiral’ on July 8, 2019, and wrapped up on August 28, 2019. It is made on a modest budget and hence filmed at a carefully handpicked assortment of locations. The horror film is primarily set in New York and was filmed on location in Toronto, Canada, and Philadelphia, Pennsylvania. Let’s take a detailed look at the exact filming spots.

Toronto is one of the movie’s major filming locations, and the production crew shot many sequences in and around the city. Also known as “Muddy York” or “Little York,” the city is a delightful center for arts, culture, commerce, and tourism. The gothic architecture and metropolitan structures of Toronto mirror that of New York and make it a desirable filming location. Moreover, some clever camera trickery creates a sense of deception that is integral to the ‘Saw’ franchise films and makes us believe that the action is actually taking place in New York. 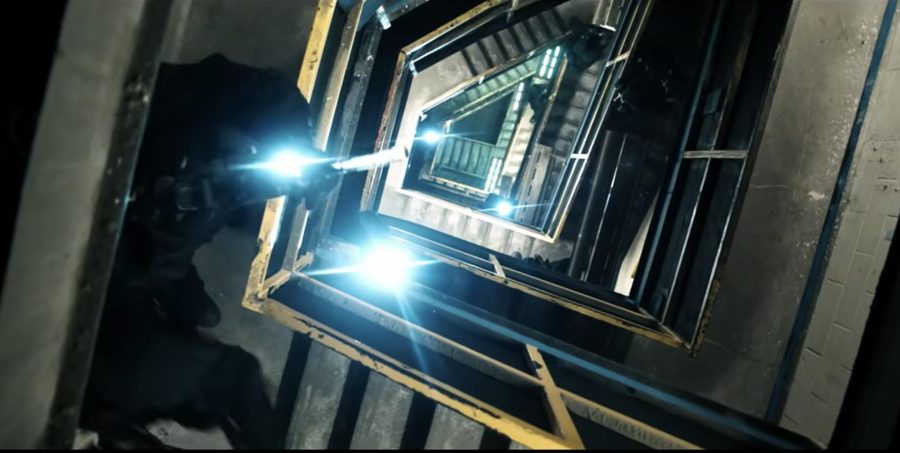 A film in the ‘Saw’ franchise can never be complete without shooting taking place at an old abandoned warehouse, factory, or a similar structure. So naturally, the production team chose the old Unilever Soap Factory in East Toronto at the foot of the Don Valley Parkway to film some important scenes. The Spiral Staircase seen in the film is located inside the factory. In addition, the funnel room on the first floor of the factory appears in some scenes. The inaugural Expo for Design, Innovation & Technology (EditX) was conducted at the factory in 2017, and it has since become a hub for industrial innovation.

The police station Zeke and William work at is the South Metropolitan Police Station located at 20 Adelaide Street. Filming also took place under a flyover bridge near Keating Channel adjacent to the Cherry Street lift bridge. The production crew also shot some footage in and around East Harbour, a business center at 21 Don Roadway. Some portions of the film were likely also filmed at Cinespace Film Studios situated at 777 Kipling Avenue in the Etobicoke area of the city.

Philadelphia is the secondary filming destination of ‘Spiral,’ and minimal principal photography took place in the city. The city is a popular tourist destination that attracts tourists due to its colonial-era history. It is also an educational hub and is famous for its arts, culture, cuisine, and museums.