Where Was Stepmom Filmed?

‘Stepmom’ is one of the few drama films that superbly portrays the complications of human emotions and relationships. Chris Columbus brilliantly helmed the 1998 family film to explore the intricacies of new and old relationships. The story is a simple narration of how the kids in a family — Anna and Ben — struggle to accept another person, Isabel, as their stepmother while their biological mother, Jackie, is alive.

Packed with exemplary performances by the main cast, the use of ideal locations adds to the aesthetic appeal of this film, thus making it a timeless watch. Now, in case you’re wondering about the various places used for filming this iconic movie, we have got you covered. Here’s what we found.

‘Stepmom’ is set in New York, and most of the filming took place in New York itself, making the story feel more real to the audience. A few other scenes were filmed in New Jersey. The production commenced on September 22, 1997, and wrapped up on January 23, 1998. The narration is based on modern-day New York, taking us through the primary areas of the city, including top tourist spots. Let us go through these filming locations in detail.

The film’s first scene gives us a glimpse of the famous Brooklyn Bridge and the New York Skyline, introducing us to this glamorous, world-famous eponymous city. New York City is one of the most sought-after locations for film and television productions, thanks to its corporate urban architecture and lustrous night view. The apartment where Isabel Kelly (Julia Roberts), the to-be stepmom, lives is located at Spring Street and Wooster Street in Lower Manhattan.

As the story continues, different prominent locations in New York are used to narrate its development in a smooth manner. Significant development of bonding between Luke and the kids takes place at the Conservatory Water in Central Park, nestled between the Upper West and Upper East Sides of Manhattan.

The scene in which Isabel loses Ben (Liam Aiken) during a photoshoot was filmed in Belvedere Castle, a picturesque miniature castle situated atop the Vista Rock, a stunning rock outcrop in Central Park.

The Wollman Rink, located at 830 5th Avenue in the southern part of Central Park, Manhattan, was used to bring out the delicate moments in which Isabel and Jackie bond with the kids.

The story is mainly set in Isabel’s apartment and Jackie’s (Susan Sarandon) house. While the interior scenes of the latter were filmed at a production facility, a property in Nyack, located in the town of Orangetown in Rockland County, doubled up as a shooting site for the exterior scenes. Jackie’s Victorian house adds a warm feel of belongingness, justifying why her kids don’t want to leave their family house to live in a cold brick-and-mortar apartment with the person they hate the most, Isabel. 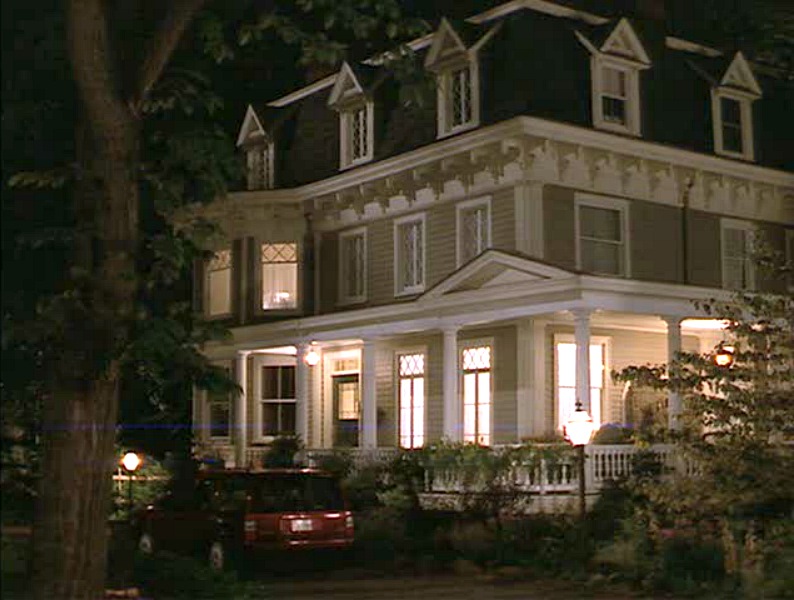 The Old ’76 House, located in the hamlet of Tappan in the same town, is also a prominent filming site as Jackie has dinner with her ex-husband and his fiancé at the tavern in two separate instances. Built in 1668, it is referred to as America’s Oldest Restaurant and is exactly located at 110 Main Street in Tappan.

Jackie’s well-knit relationship with her kids is depicted in the horseback riding scenes that were filmed in Bedford in Westchester County, including the picturesque snow-covered night scene of Anna (Jena Malone) horseback riding with her mother (Jackie). The school the kids go to is actually the Bronxville High School at 177 Pondfield Road in Bronxville. The other locations used by the production team as filming sites in the county are Rye, Mamaroneck, and Larchmont.

During the course of the film, Ben gets hurt while his parents are distracted by his sister’s soccer match. Maplewood in New Jersey was selected as the ideal location for filming the aforementioned scene, especially as it gives a perfect backdrop of bright orange Sugar Maple leaves in the autumn season. Morristown, Montclair, and Glen Ridge are some of the other locations that served as a shooting site for several scenes in ‘Stepmom.’