Where Was The Christmas Promise Filmed? Hallmark Cast Details

Directed by Fred Gerber, ‘The Christmas Promise’ is a part of Hallmark’s ‘Miracles of Christmas’ line-up that follows a young woman, Nicole, who has to recuperate from her fiance’s death. As a part of the process, she has to renovate their dream house and sell it so that his memories stop haunting him. Shortly after, she meets Joe, the carpenter assigned for the same purpose, and he slowly pulls her out of her shell. Like usual Hallmark Christmas-themed movies, this one too is a wholesome journey filled with moments that warm our hearts. If you’re curious to know more about it, here are more details about the movie, starting with its filming locations!

The principal photography for his heart-touching Christmas flick commenced around the end of August 2021 and went on for a couple of days. If you’re wondering where the movie was shot, we have news for you. Like most Hallmark movies, ‘The Christmas Promise’ was filmed in Vancouver. Let’s dive into more details!

The movie was seemingly shot in Edgemont Village in North Vancouver, which provides the perfect setup for an old-school Christmas vibe. We see small structures laden with snow and lights serving as its primary aesthetic throughout the movie. Hence, the north side’s elegant Edgemont Village seems the perfect choice for a movie as such. For those of you not familiar with the place, it is a small commercial area located in the District of North Vancouver. People recognize it as a commercial hub that supports mid-century modern architecture. 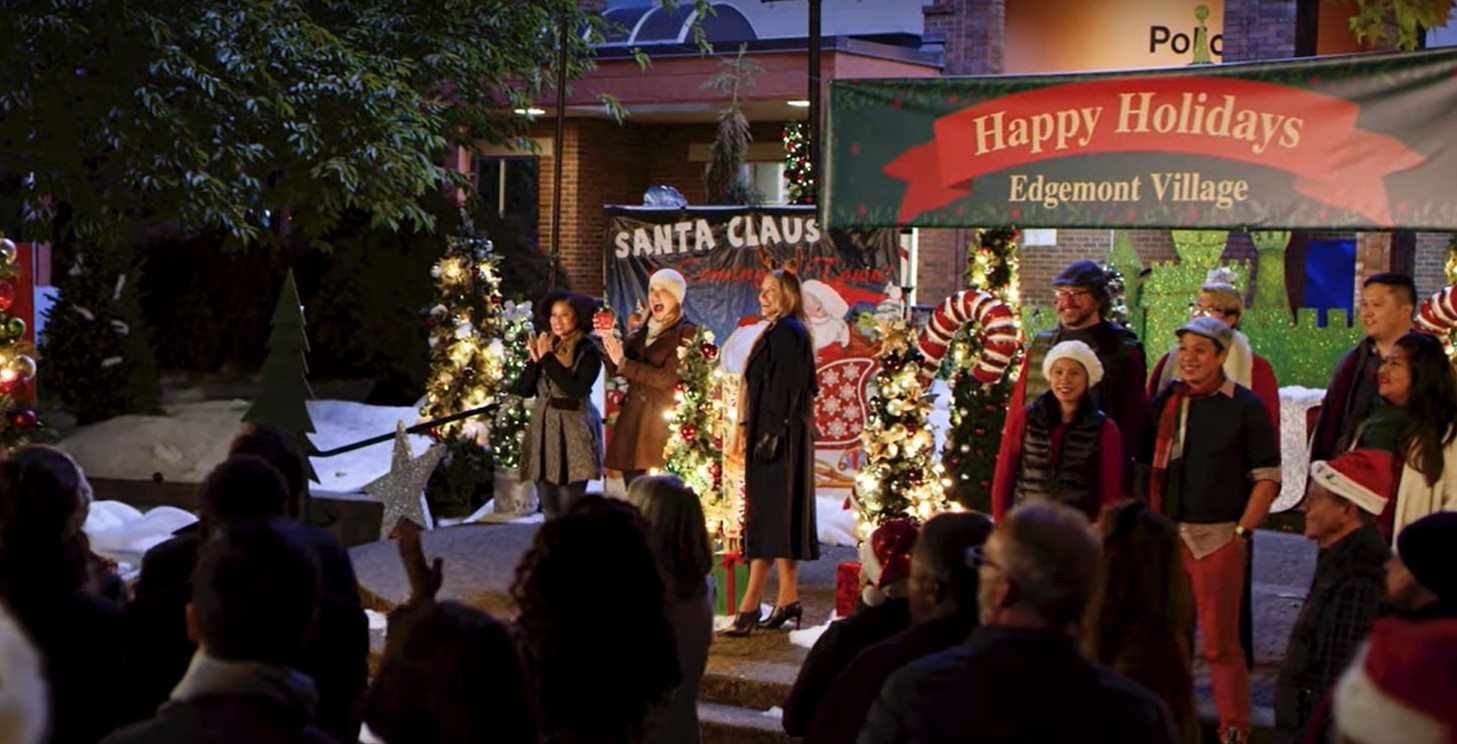 Besides that, parts of the movie were also shot in other cities near Vancouver, such as Maple Ridge (situated in the northeastern portion of Greater Vancouver) and Langley City (a municipality in the Metro Vancouver Regional District). The director of the movie, Fred Gerber, posted a series of behind-the-scenes photos on Instagram.

The cast of ‘Christmas Promise’ includes Torrey DeVitto as Nicole, a grief-stricken woman who has lost her ex-fiance. The actor is known for her roles in ‘One Tree Hill,’ ‘The Vampire Diaries,’ and ‘Pretty Little Liars.’ Dylan Bruce essays the role of Joe, a carpenter responsible for renovating Nicole’s house. His previous works include ‘As the World Turns’ and ‘Orphan Black.’

Patrick Duffy plays Pops, the source of Nicole’s gradual transformation to a happier person. The actor is famous for his roles in the ABC sitcom ‘Step by Step’ and CBS’ ‘Dallas.’ Other actors present in the movie include Giles Panton as Henry, Matthew James Dowden as Alan, Karen Holness as Susan, Jaerod Joseph as Tom, Tara Wilson as Gail, Tristan Shire as Phil, Jesse Moss as Teddy, Lisa MacFadden as Kim, Jazlyn Onaba as Charlotte, and many more.

Is The Christmas Promise a True Story?

No, ‘The Christmas Promise’ is not based on a true story. It is an original screenplay conceived by Kathy Kloves, who is known for other Hallmark hits such as ‘Love At First Glance’ and ‘It Was Always You.’ The script was turned into a movie by Fred Gerber. Hallmark has a reputation for showcasing themes reeking hope, love, and a general sense of community. They always aim to instill a fuzzy feeling of togetherness that makes you want to pull up your blankets and huddle up with your loved ones.

Besides that, actor Patrick Duffy who portrays Pops, has coincidentally had a similar experience in his personal life. In 2017, Duffy’s wife, who was a ballet dancer named Carlyn Rosser, lost her life to cancer. Duffy pensively stated that he had completed 48 years with his wife before the tragedy occurred. However, he upended his circumstances by focusing on the family he had left, his two grown sons and four grandchildren. When Covid-19 took hold, he was subjected to long bouts of solitude, so he tried different ways to keep socializing, and that is when he chanced upon ‘Happy Days’ actor Linda Purl.

Ever since the day he met her, the pair have never been apart. Nicole’s story is a journey that rings true to many people who’ve lost someone close to them. Other movies or TV shows that feature this concept are Ricky Gervais’ ‘After Life,’ ‘A Walk to Remember,’ and ‘The Fault in our Stars,’ to name a few. These legendary pieces of cinema portray the feeling of loss in a way that leaves us feeling inspired and hopeful, just like ‘The Christmas Promise.’