Where Was the Ice Road Filmed? 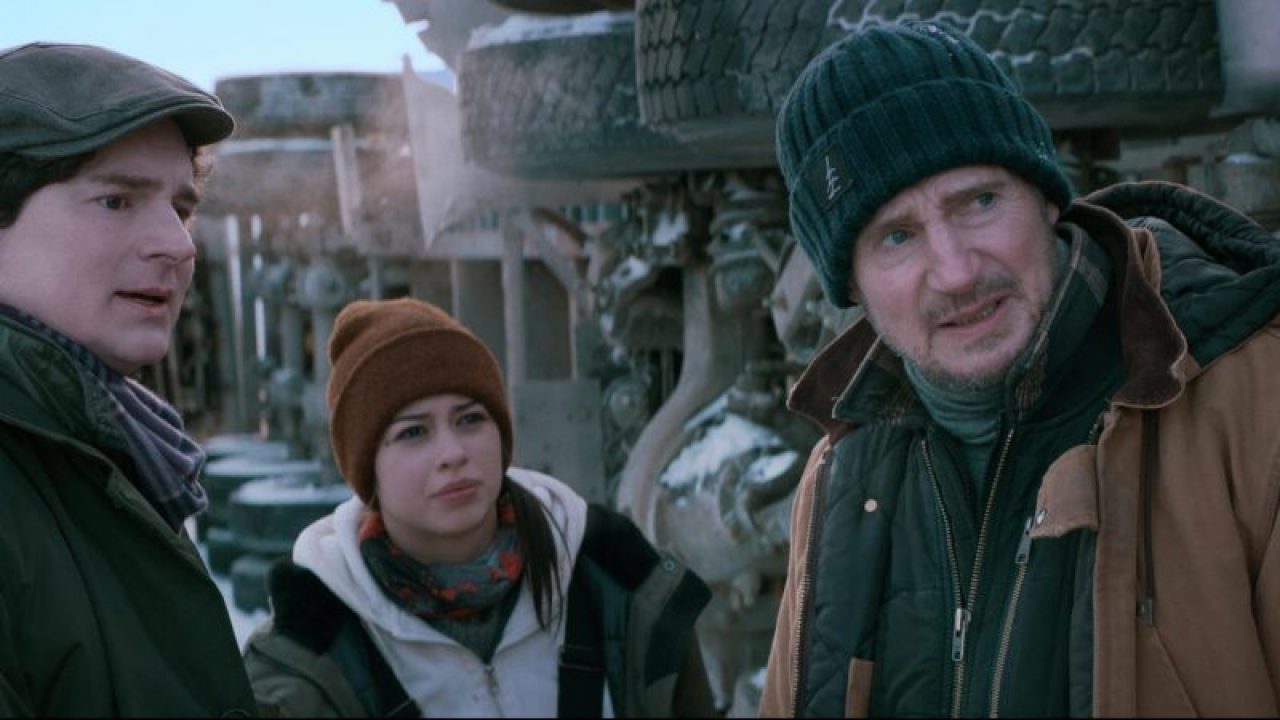 Written and directed by Jonathan Hensleigh (‘The Punisher’), ‘The Ice Road’ is a disaster action thriller film that revolves around a group of ice truckers who must race against time over a frozen ocean to rescue caved-in diamond miners. Leading them is Mike (Liam Neeson), an experienced big-rig ice driver. As the truckers make their way to the mine, they discover that their own lives are equally in danger because of the perilous road. The film is set in the Canadian province of Manitoba. If you are wondering whether the film was shot on location or elsewhere, here is what we know!

Hensleigh, cinematographer Tom Stern, and other production unit members shot the film at various locations in Manitoba, including Winnipeg, Île-des-Chênes, and Gimli. Filming wrapped in March 2020. Let’s look at specific locations in detail!

Winnipeg, the capital city of Manitoba, experiences long and drastically cold winter weather with temperatures dropping to −20.2 °C (−4.4 °F) on average. Filming for ‘The Ice Road’ took place there between February and March 2020. Actor Holt McCallany, who plays Rene Lampard in the film, shared several photos from the set on his Instagram page, including one with Neeson.

The city is often referred to as the “Gateway to the West” and serves as an important hub for Canada’s transportation infrastructure. This has made the city quite diverse, both in terms of population and economy. Some of the other projects that have been filmed in Winnipeg are ‘Nobody,’ ‘Run,’ and ‘The Italian Job.’

Île-des-Chênes, an unincorporated community just a few minutes southeast of Winnipeg, was used to film some scenes involving the ice road. In an interview with a local news outlet, producer Al Corley revealed that they built an area that would look like a real road made out of ice by utilizing practical effects. “We laid water down, and then actually even though it looks like it’s just ice, it’s all been painted with ice paint,” he stated.

The production team also chose the unincorporated community of Gimli, located in the eponymous municipality on the west side of Lake Winnipeg in Manitoba. However, here, the film’s crew didn’t need to make an ice road with practical effects as there was already a natural road of ice on Lake Winnipeg.

After learning that Neeson is in the vicinity filming a project, many of his fans took to social media to ponder whether they should visit the set to meet him. A young fan named Bentley Anderson actually did. She and her mother even got the chance to meet the ‘Taken’ actor and interact with him.