Where Was The North Water Filmed? 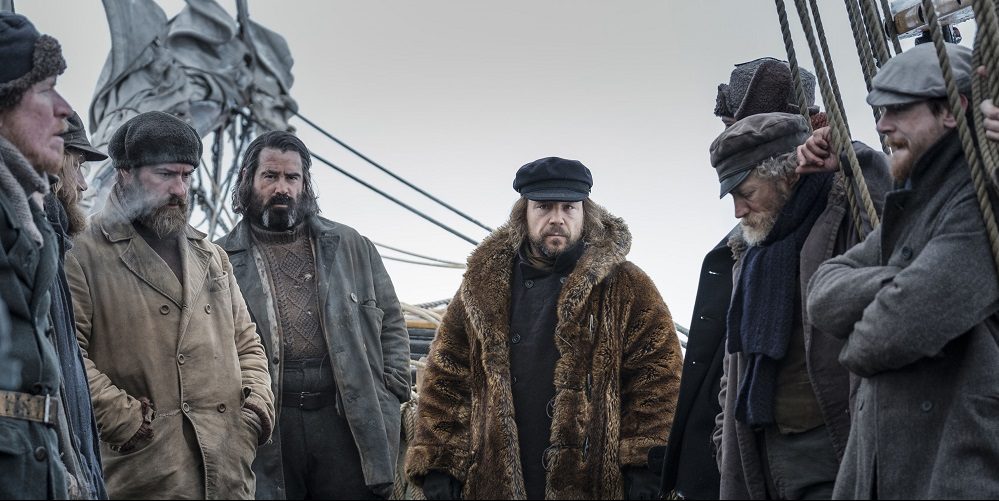 Created, written, and directed by Andrew Haigh (‘The OA‘), ‘The North Water’ is a British mystery drama series based on author Ian McGuire’s novel of the same name. The series chronicles the experiences of Patrick Sumner, a former army surgeon who sets sail aboard a whaling vessel as its new doctor. Set against the harsh weather of the Arctic Ocean, the suspenseful show features many stunning snow-covered locations. Curious to learn more about these beautiful natural landscapes? We have gathered all the essential filming details of ‘The North Water’ for you. Here’s everything you need to know!

Principal photography on the first season of ‘The North Water’ commenced on September 14, 2019, and wrapped up on September 24, 2020. Completion of filming was delayed due to the impact of the Covid-19 pandemic. The series was shot on location and on-sets in Hungary, Norway, Canada, and England. Let’s take a detailed look at the specific spots where filming took place.

Svalbard (formerly known as Spitsbergen or Spitzbergen), an archipelago in the Norwegian part of the Arctic Ocean, is one of the most important filming locations of the show. Episodes of the show were extensively filmed near Svalbard and the adjoining portions of the ocean. Some scenes were also shot in and around Longyearbyen, the capital of Svalbard.

The ship, which can be seen treading with the cold icy waters of the Arctic Ocean in the show, is a three-masted schooner ship named Activ of London, which was built in Denmark. The ship itself serves as a primary setting and filming location for the show.

The cast and crew ventured as far as 81 degrees North to film sequences in the pack ice. In the process, the series filmed in the northernmost point a drama has ever been shot. “When I first read the book, I fell in love with the book, and it was so brutal and beautiful. And the environment that the story is set, up in the Arctic Ocean, was so visceral in the novel, and I wanted to try and recreate that somehow,” creator Andrew Haigh told IGN while explaining the motivation behind filming the series on location in some of the harshest of weathers nature offers.

Budapest, the capital of Hungary, is one of the first locations the cast and crew visited for filming. The shooting of the mystery show occurred in and around the city. Some scenes were likely filmed near St. Stephen’s Basilica – a Roman Catholic basilica, and the Hungarian Parliament Building.

The production crew also shot scenes on sets built in Astra Studios, located at 1-3 Napraforgó Street in Mogyoród, some 12 miles from downtown Budapest.

Iqaluit (previously known as Frobisher Bay) is also one of the filming locations of the show. The ice-covered city that lies in the northernmost Canadian territory of Nunavut has a polar climate which makes it an ideal filming spot for the show.

Basingstoke is one of the final destinations the cast and crew visited for filming the series. Due to the worldwide Covid-19 restrictions, the filming had to be put on hold in Budapest. After a few months, production resumed in a studio in Basingstoke in the UK, where the team reportedly carried on the final four days of shooting. The city is situated in the county of Hampshire in the south-central part of England.

Read More: Is The North Water a True Story?