Where Was The Son Filmed? 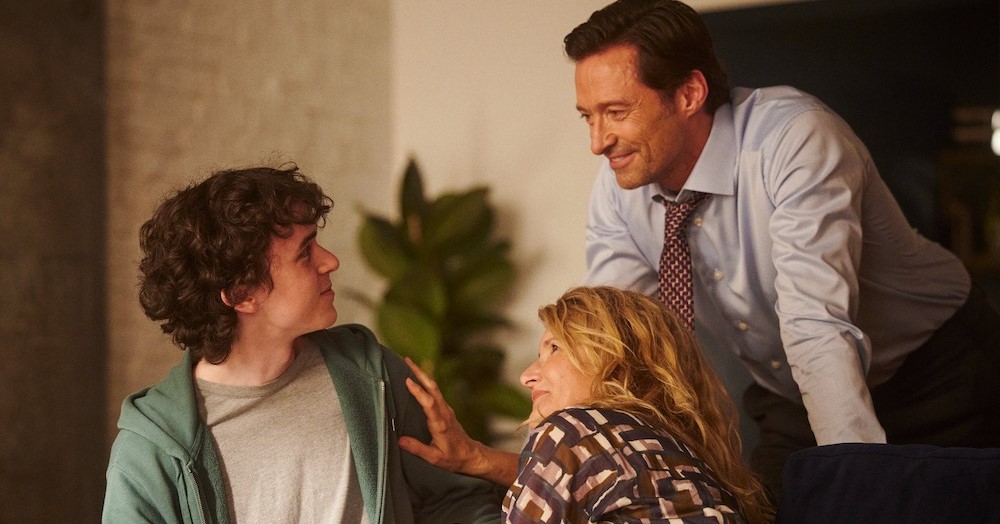 Florian Zeller decided to turn his 2018 stage play titled ‘Le Fils’ into a feature film, ‘The Son,’ which is a drama movie that serves as the prequel to his 2020 film ‘The Father.’ Its narrative revolves around a 17-year-old boy named Nicholas who lives with his mother, Kate, after his parents’ divorce. Now, after a couple of years, he no longer feels comfortable staying with her and moves in with his father, Peter, who has his new life with Beth and their newborn child. Amidst all that’s going on in his life, the latter tries to be the father who cares for his son, unlike his own.

However, by fixating too much on his past mistakes, Peter finds it difficult to handle Nicholas and his growing anxiety. The dramatic narrative is complemented by the heartfelt performances from some renowned names, including Hugh Jackman, Laura Dern, Vanessa Kirby, and Zen McGrath. The use of different locations, especially in the flashback scenes, tends to reflect the change in the characters’ lives. This makes one curious to learn more about the actual filming sites of ‘The Son.’ If you have been wondering about the same, it is time to put your curiosities to bed!

‘The Son’ was filmed in England, France, and New York, specifically in London, Hatfield, Bouches-du-Rhône, and New York City. As per reports, the principal photography for the Florian Zeller directorial commenced in August 2021 and wrapped up in October of the same year. During the production process, Hugh Jackman (Peter) struggled with some mental distress, and he opened up about it in an early January 2023 interview with The Guardian.

Hugh said, “It was technically difficult. It was emotionally difficult. And I just sort of let go a little bit. Stuff from my upbringing was coming up. My worries as a father.” He even revealed that he started having sleepless nights. “That’s a new thing for me. I was thinking about it and dreaming about it. I was more of a hot mess in this than in anything I’ve ever done,” he added.

Hugh’s mental health deteriorated further upon his father’s demise during the production process. He and all the other cast and crew members got all the necessary support and guidance from mental health professionals that were present on set. Furthermore, taking part in the movie changed Hugh’s perspective on life, especially on parenting. Now, without further ado, let’s follow Peter and Nicholas as they try to navigate the father-son relationship, and get a detailed account of all the specific sites that appear in the drama film!

To kick off the production for ‘The Son,’ the filming unit set up camp in London, the capital and largest city of England as well as the United Kingdom. They seemingly utilized the facilities of one of the film studios to record some pivotal scenes. Situated on the River Thames in the southeast region of England, London is considered one of the major cities in the world. Moreover, it has a significant amount of influence on several sectors, including art, fashion, education, media, healthcare, tourism, and more.

After getting done with filming in England, the production team of ‘The Son’ moved to Bouches-du-Rhône, a department located in the southern part of France. The flashback scene where Peter and young Nicholas are seen enjoying their holiday in the water is taped on location in Calanque de Figuerolles at 5071 Av. Figuerolles in La Ciotat. Several key scenes were also recorded in Marseille, the second most populous city in France.

For shooting the last portions of ‘The Son’ and wrapping up production, the cast and crew members traveled to New York City, the most populous city in the United States. Reportedly, APM Monaco New York at 155 Spring Street served as one of the pivotal filming sites for the Hugh Jackman starrer. Furthermore, Peter is seen running across Pier 34 at Hudson River Park with the Holland Tunnel Ventilation Shaft in the backdrop.