Where Was The Staircase Filmed? 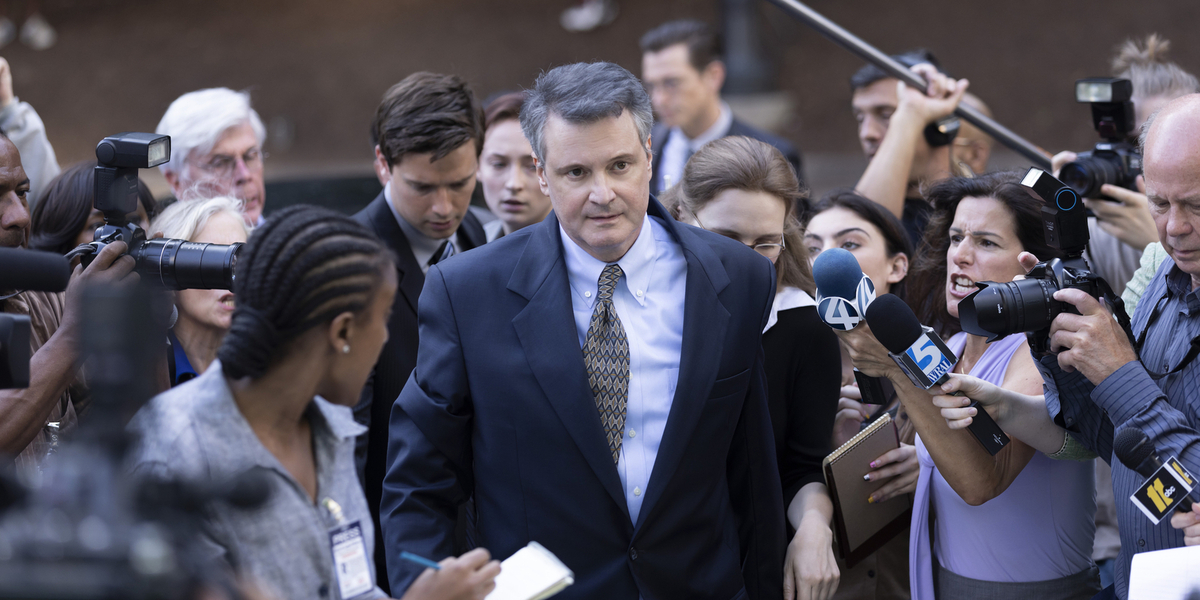 Created and written by Antonio Campos and Maggie Cohn, ‘The Staircase’ is a crime drama miniseries that is both brooding and damning. Based on a true story, which is also the subject of the Netflix true-crime documentary series ‘Death on the Staircase,’ the series fictionalizes the Peterson family, whose matriarch Kathleen is going through a state of mental turmoil. When Kathleen dies, wounding up at the bottom of the staircase of the family house, all the pieces of evidence point toward her husband Michael, a crime novelist, as the killer.

Meanwhile, harsh truths wait to be revealed at the bottom of the familial crisis. With Colin Firth, Toni Collette, Juliette Binoche, Sophie Turner, and Dane Dehaan, the story is cerebral, as it looks through the fabric of a picture-perfect family. It garnered overwhelming praise on account of the stellar performance from the cast ensemble and its riveting energy. Most of the story seemingly unfolds in a serene upscale neighborhood in Durham, a city in North Carolina, where the actual Kathleen used to live. However, you may wonder where the limited series was filmed. In that case, let us indulge further.

‘The Staircase’ was filmed in its entirety in the US, especially in Georgia. Filming commenced on June 7, 2021, in Atlanta, coming under wrap by the end of November of the same year. Lyle Vincent (‘A Girl Walks Home Alone At Night’) and Michael Svitak teamed up to handle the cinematography, while on the other hand, Michael Shaw (‘Orange Is The New Black,’ ‘Boys Don’t Cry‘) came on board to handle the production design.

Georgia features a temperate climate and a range of landscapes that look great on screen for both budding and veteran filmmakers. The state also provides a maximum of 30% tax credit for eligible film and television productions. Due to these reasons, Georgia has established itself as one of the global centers of moviemaking business. Let us now take you to the specific locations where the series was filmed.

Almost all of ‘The Staircase’ was filmed in and around Atlanta, Georgia’s vast and populous capital city. Although the story almost exclusively unravels in North Carolina, the crew chose to film the series in Atlanta due to possible logistical reasons. Thanks to its favorable position by the Chattahoochee River, warm climate, and a remarkable confluence of cultures owing to its complex history, Atlanta has been a place of cultural endeavors.

The crew seemingly filmed several scenes in residential neighborhoods in metro Atlanta, also possibly visiting a studio location to film the interior sequences. Some scenes were most likely taped at a park, where leading star Toni Collette was spotted with a smile on her face in mid-2021, despite the grave nature of the show.

Speaking with Flaunt magazine about the true-crime aspect of the show, co-star Odessa Young said, “It’s not weird on the day. I think what’s weird about it is that we will inevitably become part of the canon of this story, and that is a story about real death. And that’s strange.” Apart from being a popular filming destination and home to the production of several MCU projects, Atlanta is also famous for its eclectic taste in food and music.