Where Was Thunder Force Filmed? 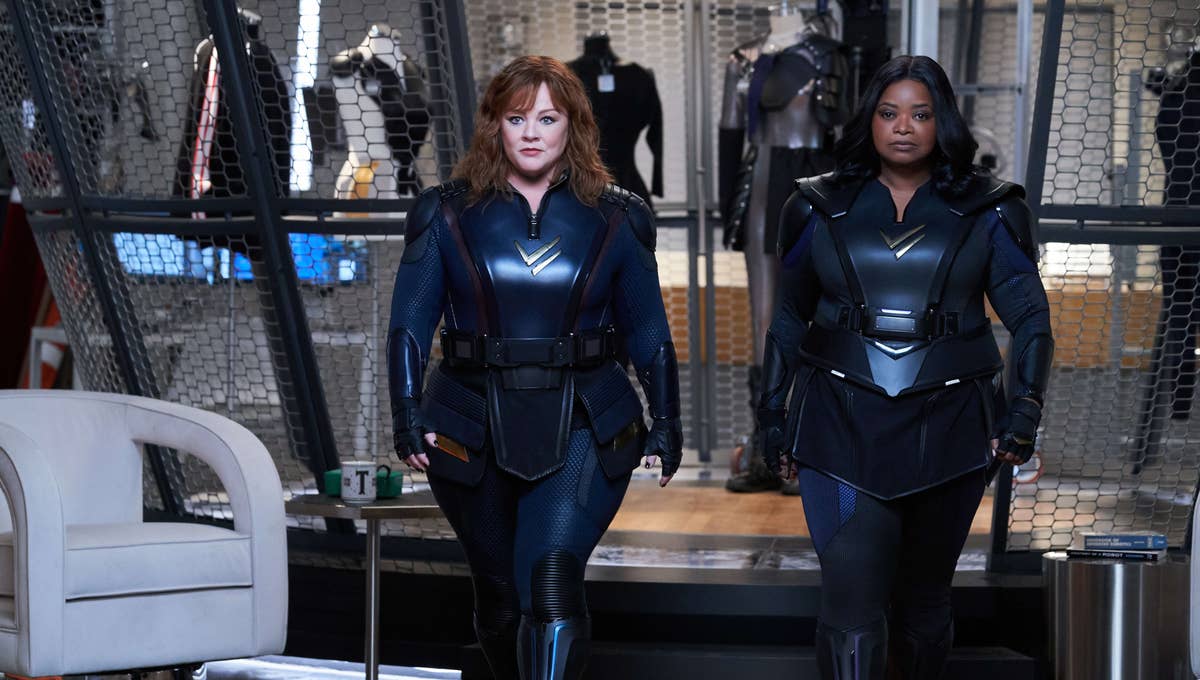 Over the years, the superhero genre has become a tried and tested formula but that hasn’t stopped Hollywood from taking new risks with the genre. One such experimentation of the genre is the comedy movie ‘Thunder Force,’ directed by Ben Falcone. It follows two women, who are lifelong best friends, as they team up to combine their powers to fight the evil forces of the Miscreants and save their city from the nefarious mastermind known as The King. Set in Chicago, most of the action in the film takes place in the heart of the city. Does this mean it was also shot in Chicago? Well, here’s everything we know about the filming of ‘Thunder Force.’

Cameras began rolling on ‘Thunder Force’ on September 25, 2019, and filming was officially completed on December 10, 2019. Chicago is the film’s primary setting, and many recognizable spots in the city (such as the Buckingham Fountain) make an appearance on screen. However, the movie was extensively filmed in Georgia, while a few sequences were filmed in Chicago, Illinois. The filming locations of ‘Thunder Force’ are detailed below.

‘Thunder Force’ was mainly filmed in Atlanta, the most populous city in Georgia. The city is primarily known for its role in the Civil War, as well as for its lip-smacking street food, contemporary and vibrant art scene, live music venues, and southern charm. The cast and crew filmed several scenes at the First Baptist Church on Main Street in Snellville and around Atlanta First United Methodist Church on Peachtree Street.

Filming also took place at Pratt-Pullman Yard, a historical landmark in the city located in the Kirkwood neighborhood. Over the years, the site has become a frequent filming destination for Hollywood productions, and films such as ‘The Hunger Games’ and ‘Bad Boys 3’ were filmed at the location. Broad Street also served as a backdrop for a few scenes in ‘Thunder Force.’

A portion of the shooting also took place in the Midtown area of Atlanta, a commercial and residential hub known for its vibrant art and greenspaces. The production crew also filmed a few scenes on soundstages at the Atlanta Metro Studios, located at 6010 Studio Way in Union City. The shooting also took place at DeKalb Industrial Way and Ponce de Leon Avenue (also known as Ponce), which connect Atlanta to the city of Decatur and other neighboring towns in Metro Atlanta.

Chicago appears in the movie through many establishing shots, and the film crew used the help of drones to obtain the exterior shots of various parts of the city seen in the movie. Chicago is well known for its splendid architecture, unique deep-dish style pizzas, and many museums. Other filming locations in the city include Orleans Street, Wacker Drive, Mart Plaza, Wolf Point Plaza, Lake Street, and Wells Street.

Interestingly, Melissa McCarthy, who plays the role of Lydia Berman in the movie, grew up in the city and has also appeared in other Chicago filmed projects such as ‘The Boss’ and ‘Bridesmaids.’