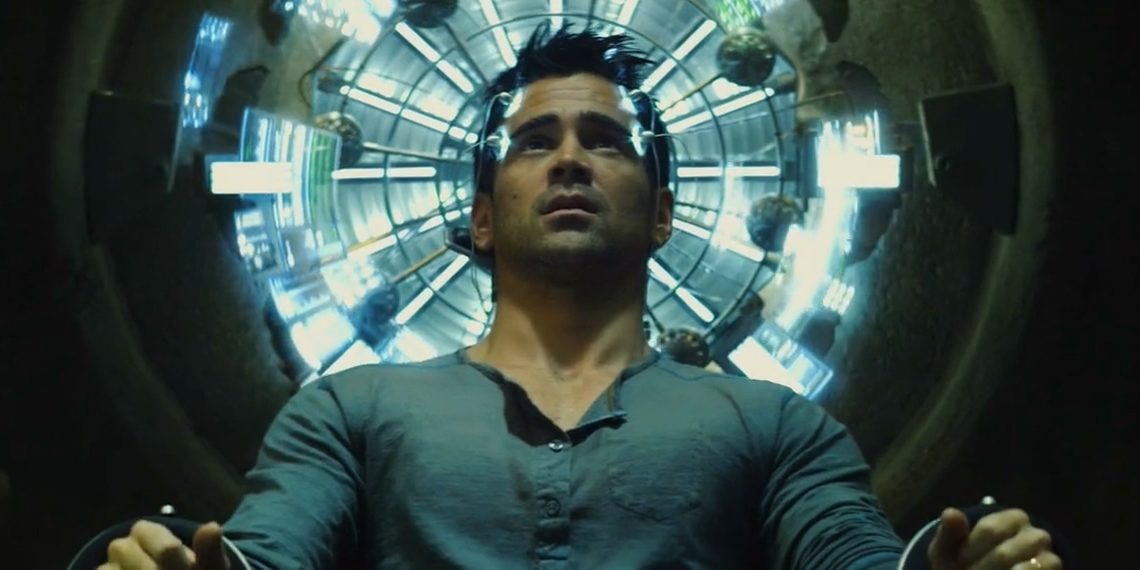 The director of ‘Live Free or Die Hard’ and ‘Underworld,’ Len Wiseman is also known for his 2012 sci-fi action-thriller venture ‘Total Recall.’ It is an adaptation of the 1990 movie of the same name, which is itself borrowed from a short story by prolific science fiction writer Philip K. Dick. The narrative of this movie revolves around the noir hero Douglas Quaid. Set in the late 21st century, the movie unveils a dystopian view of the world almost wiped out by chemical warfare.

At this juncture, Quaid leaves the comfort of his family and signs up for a virtual adventure with the aid of memory implant company Rekall. The mnemonic vacation spins out of control, and in the sprawling journey, the hero rediscovers himself. While toying with the themes of perception, memory, reality, and simulation, the movie keeps the genre fans hooked with its brooding post-apocalyptic ambiance. The futuristic urban backdrop of the Colony may remind you of ‘Blade Runner.’ However, if you are wondering where the movie was filmed, allow us to be your guide.

‘Total Recall’ was filmed in its entirety in locations in and around Canada, especially Ontario. According to reports, filming commenced in May 2011 and was wrapped up by September 2011. The movie was a big-budget production, and to lower the costs, the director moved his cast and crew to Canada. The North American country offers diverse landscapes that can double as any part of the world. Moreover, skilled technicians are abundant in number, and the government promises hefty tax credit for eligible productions filmed in the territory. Let us now take you to the specific locations where the movie was shot!

The film was largely shot in locations in and around Toronto, the capital of the Canadian province of Ontario. A major lakeside Canadian city brimming with vibrant culture, the town features an interesting skyline that boasts soaring skyscrapers, the iconic CN Tower, and vast urban parks. The majority of the interior action sequences were captured in Pinewood Toronto Studios. The studio is a significant production hub located at 225 Commissioners Street in the Port Lands neighborhood of Toronto. The 11-acre lot of the studio is featured in major productions from David Cronenberg‘s Robert Pattinson starrer ‘Cosmopolis,’ to Guillermo Del Toro‘s sci-fi venture ‘Pacific Rim.’

The subway location used in the movie is actually the Lower Bay Station (colloquially called ‘Bay’). The vital subway junction is located at 1240 Bay Street in downtown Toronto. The cast and crew visited CIBC Commerce Court, a banking complex located at 199 Bay Street, which is not far from the subway station. Additional filming took place in the Metro Toronto Convention Centre, a landmark complex on 255 Front Street West. Moreover, the enthralling chase sequence was filmed at Gardiner Expressway and Lakeshore Boulevard by Lake Ontario.

Instead of staying confined within the city, the director led his cast and crew to other suburban locations in Ontario. The factory sequence was filmed in St. Thomas, a moderately large city in the southwestern region of the province. Some scenes were also captured on the grounds of CFB Borden (Canadian Forces Base Borden), a military airbase located at 620 Ortona Road in the village of Borden. The crew additionally recorded scenes in the southwestern Ontarian town of Guelph, which lies about 62 miles west of Downtown Toronto.