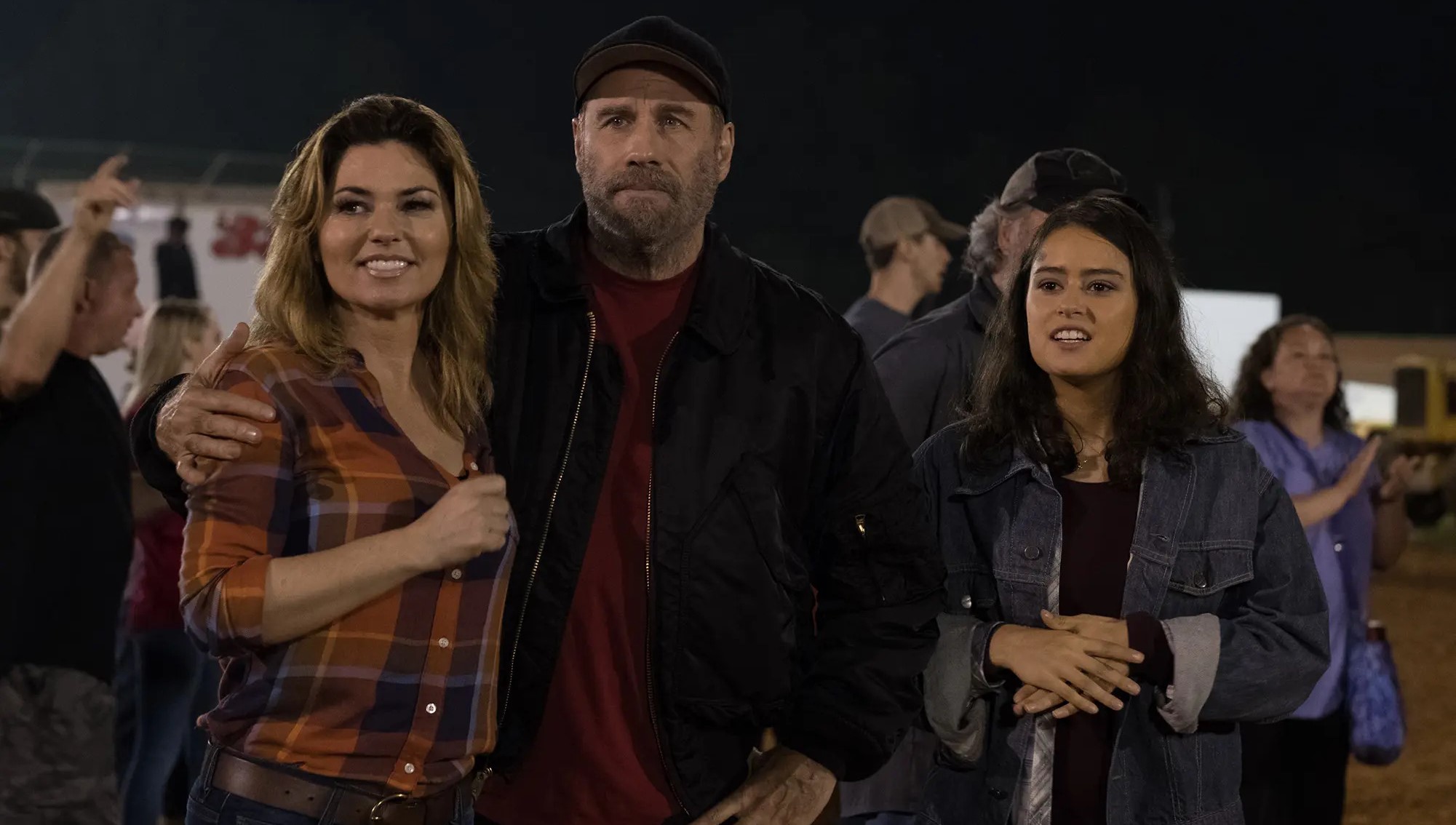 Directed by Karzan Kader, ‘Trading Paint’ is a 2019 sports action movie that revolves around a veteran race car legend, Sam Munroe, and his son, Cam, who aspires to reach even bigger heights in the racing game. However, the father and son conflict arises when Cam joins Sam’s rival racing team. This draws the veteran back to the dirt track as he tries to make peace with his son and come out stronger on the other side.

The gripping narrative of the sports drama movie is complemented by some stellar performances from some of the biggest names in the industry, including John Travolta, Toby Sebastian, Michael Madsen, Shania Twain, and Rosabell Laurenti Sellers. Moreover, the interesting locations in the backdrops, including the dirt track, will likely intrigue you and make you wonder about the actual filming sites utilized for shooting ‘Trading Paint.’ Well, in that case, let us dive right into it and put your curiosities to bed!

‘Trading Paint’ was filmed entirely in Alabama, specifically in Jefferson County and Eastaboga. The principal photography for the John Travolta-starrer commenced in August 2017 and wrapped up around mid-September of the same year. Located in the Southeastern region of the United States, Alabama has a significantly diverse landscape. The Yellowhammer State consists of several natural wonders spread across different cities and areas, such as the Natural Bridge Park, Cathedral Caverns State Park, and Ecor Rouge. Now, allow us to navigate you through all the specific production locations of the sports movie!

Several pivotal portions of ‘Trading Paint’ were taped across Jefferson County, the most populous county in Alabama. The county seat, Birmingham, is one of the many locations that served as a filming site for the movie. Other than that, Harry & Billie’s Lounge at 1203 9th Avenue and Town & County Ford at 5041 Ford Parkway in Bessemer were utilized to lens some scenes. The production unit also set up camp in Medical West Bessemer Health Center at 1700 4th Avenue North.

Moreover, additional portions of the sports drama film were recorded in Hueytown, a city near Bessemer in western Jefferson County. Pivotal scenes were filmed at First Oil Change Inc. at 2530 19th Street North in the city. In late August 2017, John Travolta and the team spotted lensing a few important sequences in Archie’s Bar-B-Q & Burgers (earlier Golden Rule Bar-B-Q) at 1571 Montgomery Highway in Hoover. As per reports, the scene where a restaurant manager touches Cam’s wife inappropriately was shot in the barbecue restaurant. 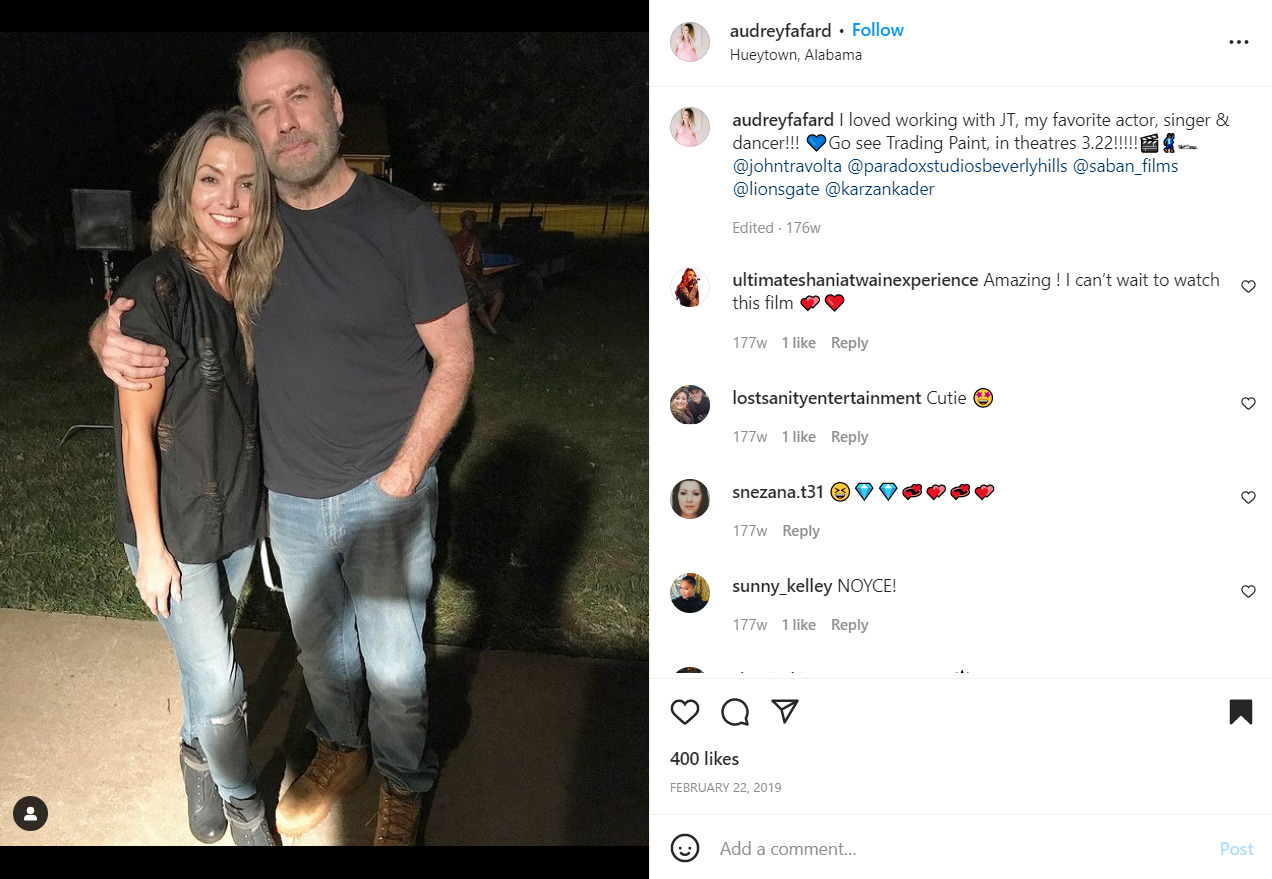 Over the years, Jefferson County has served as a prominent filming location for different movies and TV shows. Some notable ones that have utilized the locales of the county are ‘The Devil All the Time,’ ‘A Perfect World,’ ‘Inheritance,’ and ‘Looking for Alaska.’

For taping a majority of the dirt track scenes, the production team traveled to Eastaboga, an unincorporated community located on the border of Talladega and Calhoun counties. To be specific, they utilized the premises of the Talladega Short Track, an actual racecourse situated on Speedway Boulevard in Eastaboga.