Where Was Year One Filmed? 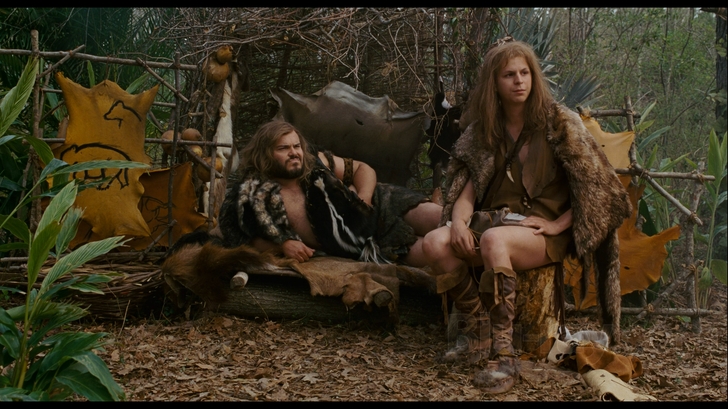 ‘Year One’ is a prehistoric era-based adventure comedy film directed by longtime comedian, director, and actor Harold Remis. Starring Jack Black and Michael Cera as the bumbling lead duo – Zed and Oh, the film follows them as they get banished from their tribe and end up making their way to the ancient city of Sodom. The duo encounters multiple ancient biblical characters like Cain, Abel, and Abraham along the way.

As the name suggests, the movie is based in literal year ‘one’, and the filmmakers have created a detailed and bewildering ancient world to serve as the backdrop for this movie, adding to its constant and often hilarious absurdity. In case you’re curious to know about the locations where the movie was filmed, you’re at the right place. Here’s everything you need to know!

‘Year One’ was almost entirely filmed in the vast open landscapes of Louisiana and New Mexico, where elaborate sets of ancient monuments and entire towns could be constructed. Most of the ancient village and city scenes were shot on sets in Louisiana, while the scenes depicting the duo’s travels and encounters with near eastern Hebrew culture were filmed in New Mexico. The scale of the sets constructed was so massive that even production designer Jefferson Sage admitted that they were the biggest he had ever worked on. Let’s take a look at them!

Just outside of downtown Sibley, a construction crew of over 250 built a likeness of the ancient city of Sodom, which happens to be the protagonists’ destination in the movie. The six-acre set was turned into the walled city of Sodom, featuring houses, a palace, a temple, and over 90,000 square feet of stone walls and an equal area of cobbled streets.

The set for the small agrarian village where Zed (Jack Black) and Oh (Micheal Cera) meet Cain and Abel right at the beginning of their adventure was constructed in a park in Shreveport, in northwestern Louisiana. The houses in the village are based on ancient Neolithic villages found in England, and according to Sage, are “right out of the history books.” Several scenes were also shot at the video production service called Stageworks of Louisiana, located exactly at 400 Clyde Fant Memorial Parkway, Shreveport.

Located in Bernalillo and Sandoval counties, The Sandia Mountains of Albuquerque, New Mexico, make a brief but significant appearance in the movie. During their travels, Zed and Oh argue about what lies beyond them and seem to conclude that the world ends on the other side of the mountains. This was a widely held belief in ancient times.

Lying close to the village of Abiquiú in Rio Arriba County in north-central New Mexico, the Ghost Ranch is the location of the near eastern world where Zed and Oh encounter Abraham and his Hebrew camp. The style of the sets in the 21,000-acre retreat, in keeping with the movie’s theme of comedic irreverence, was based more on the over-the-top biblical sets of Charlton Heston era films like ‘The Ten Commandments’ (1956) than on actual historical architecture.

The desert that our protagonists traverse through before they meet Abraham is actually part of the White Sands National Monument in New Mexico. Completely surrounded by the White Sands Missile Range, White Sands is one of the best-known locations for filming desert scenes in the US and has been featured in many movies from the likes of ‘King Solomon’s Mines’ (1950) to modern action blockbusters like ‘Jarhead’ (2005) and ‘Transformers’ (2007).

‘Year One’ is an expansive movie that explores religion, ancient civilization, and power through the lens of slapstick and often scatological humor. Hence, the backdrop of the movie plays a huge role in giving the audience clues as to what period and cultural reference the movie is alluding to in any given scene. In this regard, the deserts of New Mexico provided a great stand-in for the ancient near eastern deserts, while the wide-open space of the locations in Louisiana allowed filmmakers to build such ambitious sets.