Which Beer Did Chickie Take to Vietnam? Is it Still Sold? 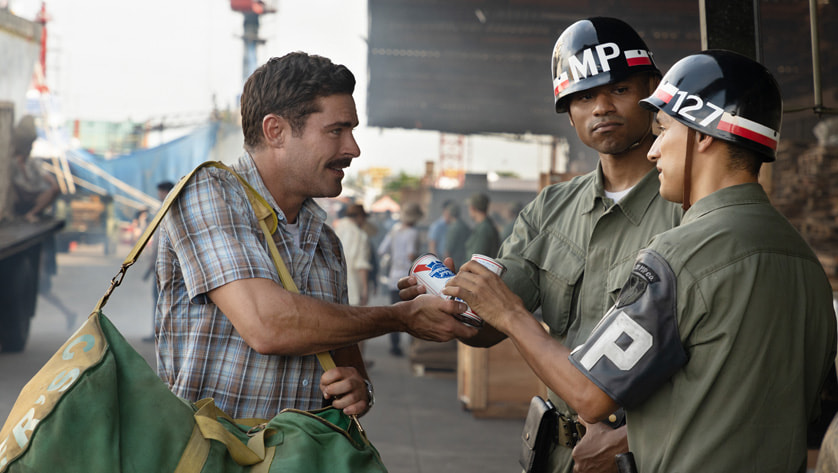 Set in 1967, ‘The Greatest Beer Run Ever’ chronicles the Vietnam War through the perspective of a civilian, John “Chickie” Donohue (Zac Efron). The Apple TV+ film is based on Donohue’s 2017 book, The Greatest Beer Run Ever: A Memoir of Friendship, Loyalty, and War,’ which he co-wrote with J.T. Molloy. The film depicts the incredible story of Chickie as he a duffel bag filled with cans of beer and takes them to war-torn Vietnam to distribute them among his friends from the neighborhood. If you are wondering about which beer Chickie took in his astonishing journey, we got you covered. SPOILERS AHEAD.

Which Beer Did Chickie Take to Vietnam?

Just like it is shown in the movie, Chickie took Pabst Blue Ribbon beer with him in his journey. The story is so extraordinary and fascinating that it drew the interest of the beer company itself, which produced a documentary on Donohue and his journey to Vietnam. The documentary also brought him together with the four friends he delivered the beer to — Rick Duggan, Kevin McLoone, Tommy Collins, and Bobby Pappas.

Donohue told Reuters in September 2022 that his decision to go to Vietnam stems from witnessing an anti-war protest in Central Park in New York. “My friends would die at war, and people who lived in my hometown were demonstrating against them. [Protesters were] referring to them as baby killers and that hurt. It absolutely hurt,” he said.

Donohue and his friends frequented a since-closed Irish bar called Doc Fiddler’s, where the bartender was a man named George E. Lynch, known more as the Colonel (Bill Murray. He was the one who first voiced the idea of going to Vietnam and bringing all the guys over there from the neighborhood a drink.

Donohue, who had already been there twice before because he was in the merchant navy, agreed to do this. His past two excursions into the Southeast Asian country were rather peaceful, as he was far from the war zone. This time, however, he had to go to an active combat area to deliver the beer. He even became involved in the Battle of Khe Sanh, which took place between January and July 1968.

According to the company, they named their primary product Pabst Blue Ribbon to celebrate their victory as “America’s Best” at the World’s Columbian Exposition in Chicago in 1883, though this claim is disputed. The company reached its peak in the late 1970s, selling 18 million barrels. However, only a few years later, the company faced multiple challenges. The beer is currently sold outside China, Russia, Ukraine, and several other countries.