Who Are Ethan Chapin’s Parents? Where Are They Now? 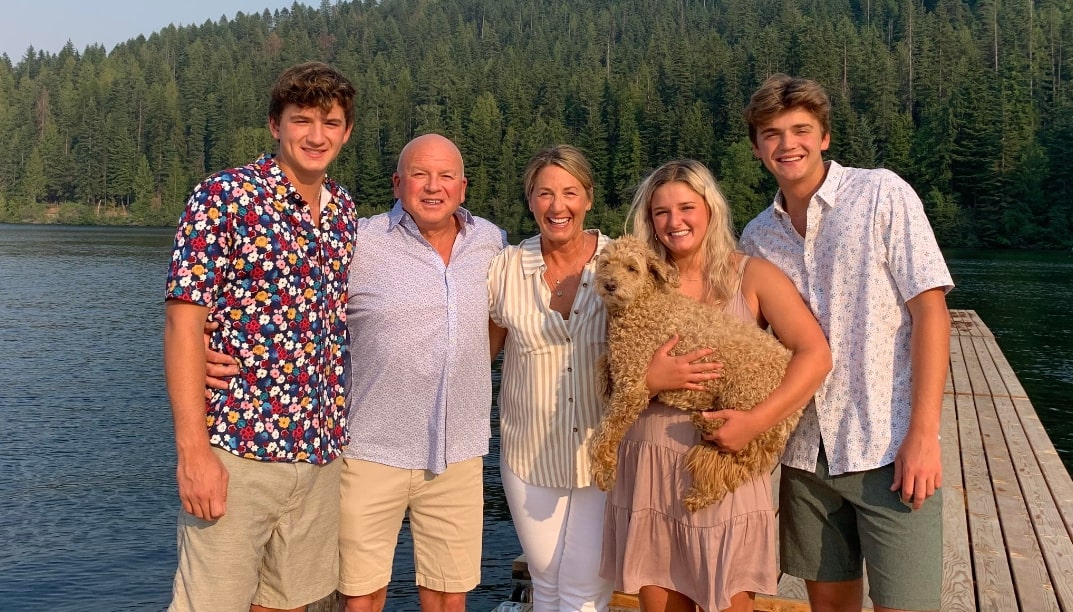 When four University of Idaho students were found atrociously stabbed to death inside their off-campus Moscow residence on November 13, 2022, it obviously shook the nation to its very core. After all, as explored in ABC’s ’20/20: Horror in Idaho: The Student Murders’ and NBC’s ‘Dateline: Killings in a College Town,’ they were merely undergrads hoping to build a good life for themselves. So now that a suspect has been formally arrested in connection to this seemingly senseless quadruple homicide, let’s find out a bit about victim Ethan Chapin’s parents in particular, shall we?

Who Are Ethan Chapin’s Parents?

Although things like this are always unplanned, Stacy Wells Chapin and Jim Chapin were reportedly more than excited to be triplet parents when they received the news back in the early 2000s. Ethan was actually the first to be born on October 28, 2002, followed by his sister Maizie and then finally his brother Hunter, all within a period of merely three minutes (from 4:43 pm to 4:45 pm). It thus comes as no surprise the Washington natives were always extremely close, and the siblings even decided to attend the University of Idaho together upon graduating from Conway School.

Stacy and Jim had actually dropped their kids off to college in the fall of 2022 itself, unaware that they’d receive the worst call imaginable within months — it was the remaining twins on the line. “We’re just trying to process it,” the former candidly said at the time. “It’s not a call that you think you’re going to have to [take before having to] speak with Funeral home directors, the FBI, and have it hit national news.” However, so as to not shatter apart with the terrible loss of Ethan, his girlfriend of one year Xana Kernodle, as well as two of the latter’s housemates, the family chose to focus on their lives rather than their deaths.

“If everybody was like Ethan Chapin in this world, the world would be a better place,” Stacy expressed while her husband Jim stood right beside her, indicating his agreement with the sentiment. She then described her eldest as the “comedian” of the family, made it clear he was as kind as he was loving, and detailed the fact he was always up to undertake any adventure or play any sport. The only thing Stacy said in reference to the case was that the speculations involving drug use or a love triangle were untrue — her 20-year-old was simply attending school, was in a happy, healthy relationship, and just living life to the fullest.

Where Are Ethan Chapin’s Parents Now?

It was only once Washington State University Ph.D. student Bryan Kohberger was arrested on four counts of first-degree murder on December 30, 2022, that the Chapin family finally breathed a sigh of relief. They then thanked the Moscow Police Department, FBI, Idaho State Police, as well as the University of Idaho, and the public for their ongoing support to ensure the victims get the justice they deserve. “We are relieved this chapter is over because it provides a form of closure,” Stacy penned on her Facebook profile. “However, it doesn’t alter the outcome or alleviate the pain. We miss Ethan, and our family is forever changed.”

As for their current standing, Stacy recently shared a family update on her social media platform, revealing that Maizie and Hunter finally returned to school for their own classes on January 10, 2023. “We’ve spent the last eight weeks, besides the obvious, focused on Maizie and Hunter. Cards, talks, walks, hikes, tears, you name it,” she penned. “…Maizie and Hunter are rockstars, and we couldn’t be more proud of them. Their job now is just be kids. Start where they left off. Keep goals and aspirations in mind.”

Stacy continued, “Anything we/Ethan had is now frozen with the defense. For us, it involves two vehicles, E’s belonging, and a nice set of golf clubs. We’ve met with prosecutors, handled media inquiries (hopefully respectfully), managed, grieved, talked, and continue to try and process our new normal. However, nothing has changed. We spend no time being angry. That would be energy not well spent, and it still wouldn’t change the outcome. We have to look ahead. What we’ve confirmed… Ethan is who he was because of our family. His foundation was unwavering… Ethan was incredible. We did a great job. We will still do a great job.”

We should mention that Stacy and Jim continue to reside in Washington, from where they are supporting the scholarship fund Ethan’s fraternity Sigma Chi Foundation has established in his memory. They also back the way Tulip Valley Farms, where their son worked growing up, is honoring him by selling a tulip bulb mix called “Ethan’s Smile.” All the proceeds from this will purportedly finance a memorial garden as well as another scholarship under his name.

Read More: Who Are Kaylee Goncalves’ Parents? Where Are They Now?