Who Are Kaylee Goncalves’ Parents? Where Are They Now? 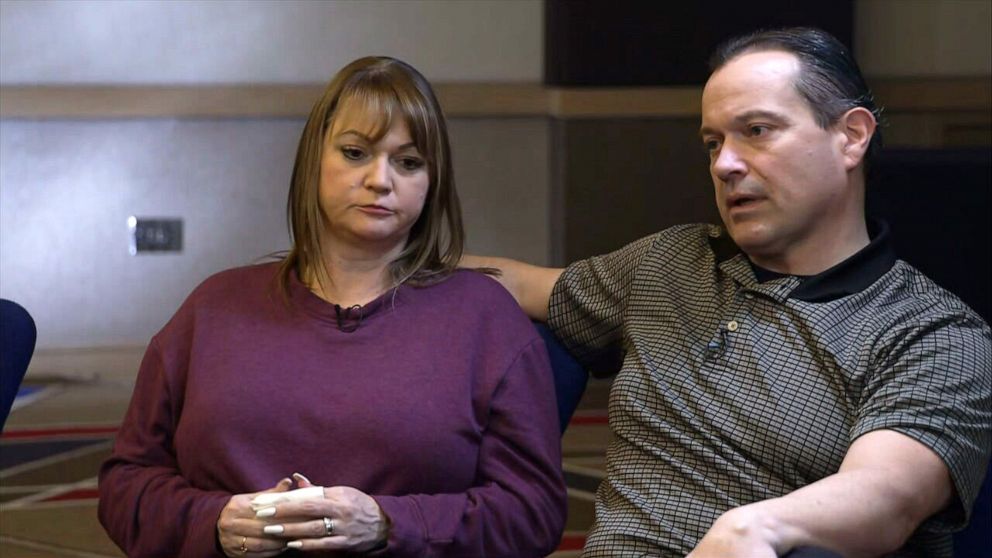 When authorities arrived at 1122 King Road in Moscow, Idaho, at around noon on November 13, 2022, nothing could have ever prepared them or the surrounding community for what they’d find. After all, as profiled in ’20/20: Horror in Idaho: The Student Murders’ and ‘Dateline: Killings in a College Town,’ four University of Idaho undergrads had been stabbed to death inside this off-campus residence. Yet for now, if you just wish to learn more about the loudest voices fighting for justice in connection to this atrocious matter — victim Kaylee Goncalves’ parents — we’ve got the details for you.

Who Are Kaylee Goncalves’ Parents?

Since Kaylee Jade was born to Kristi Lukens Goncalves and Steve “Gonzo” Goncalves right in the middle as the third of five children, she essentially grew up having a nearly unwavering support system. They were indeed a big, happy, healthy family in every sense, and they continued to blossom even as they relocated northeast to the Gem State from California when she was roughly a year old. In fact, the couple claims she, more than anyone else, was able to thrive as an authentic, beautiful, funny, social, and quirky individual despite still being a youngster finding her way in the world.

This is merely one of the countless reasons why Kristi and Steve were left utterly heartbroken upon hearing the news of this barbaric yet seemingly senseless November 12, 2022, quadruple homicide. The latter has actually since shared that Kaylee’s loss has opened up a massive void within the family because of what she meant to everyone as either a granddaughter, a daughter, a sister, or an aunt. However, instead of letting this pain consume them from the inside out, they are doing their best to turn it into determination and bring her the justice she, as well as those killed alongside her, deserve.

Kristi and Steve had thus established a line of communication with local detectives from the get-go, only to be disappointed by the fact they weren’t being told every possible detail so that they could help. This even drove the patriarch to briefly voice his opinions against them, but he now understands they were simply doing their best not to compromise the case’s integrity since both their goals are the same — a conviction. “I know that there’s some really good, hard-working guys and girls on this case that I’ve met,” he once said. “They looked me in the eyes, and they told me straight-out… they’re doing everything in their power,” which proved true as a suspect was arrested on December 30.

Where Are Kaylee Goncalves’ Parents Now?

Since 28-year-old Bryan Kohberger’s arrest on four counts of murder as well as burglary, Kristi and Steve have made it clear they’re glad they live in Idaho, where the death penalty is an option following conviction. The couple does believe they’ll be able to forgive this now-former criminology Ph.D. student from neighboring Washington State University at some point, but they also maintain the accused killer deserves the harshest sentence. That’s because the alleged suspect took the life of not only Kaylee but also of her lifelong best friend/their “bonus child,” Madison “Maddie” Mogen, her housemate Xana Kernodle, and the latter’s boyfriend, Ethan Chapin.

“If you want to play god’s role, you’re gonna have to go answer to him,” Steve recently stated, explaining the family’s stance on the death penalty in connection to the merciless murderer. “We will forgive this individual… but he has to pay for what he’s done. And it’s not just our daughter, it’s all the victims he needs to pay justice to… Justice is when you leave the planet, and the whole world is able to rejoice and be glad that you’re not there.”

Steve then added, “If our daughters could switch places with him — and I’m saying Maddie as my daughter — we’d do it in a heartbeat. If they could sit there and have three squares [a reference to prison meals], a place to live, we could call them, we could write them letters, they could watch TV, they could get educated. That’s not a punishment equivalent to being killed.” Kristi seconded this sentiment by stating, “I would love if Maddie and Kaylee were doing life in prison right now. At least we could talk to them.”

Coming to their current standing, Kristi and Steve continue to publicly talk about this matter to ensure the victims are never forgotten, plus they’re seemingly dedicating every bit of their free time to prepare for the ensuing legal proceedings. From what we can tell, they remain residents of Coeur d’Alene, Idaho, where they still do their best to be loving, devoted parents as well as grandparents to their remaining, growing family — to Kaylee’s four siblings, Alivea, Steven, Autumn, and Aubrie, along with her nieces and nephews. We should mention the couple did not have a proper funeral for Kaylee because they “couldn’t be guaranteed that that monster [who killed her] was going to not be there.”

Read More: Who Are Madison Mogen’s Parents? Where Are They Now?