Who Dies In Annabelle: Creation? What Happens To The Mom? 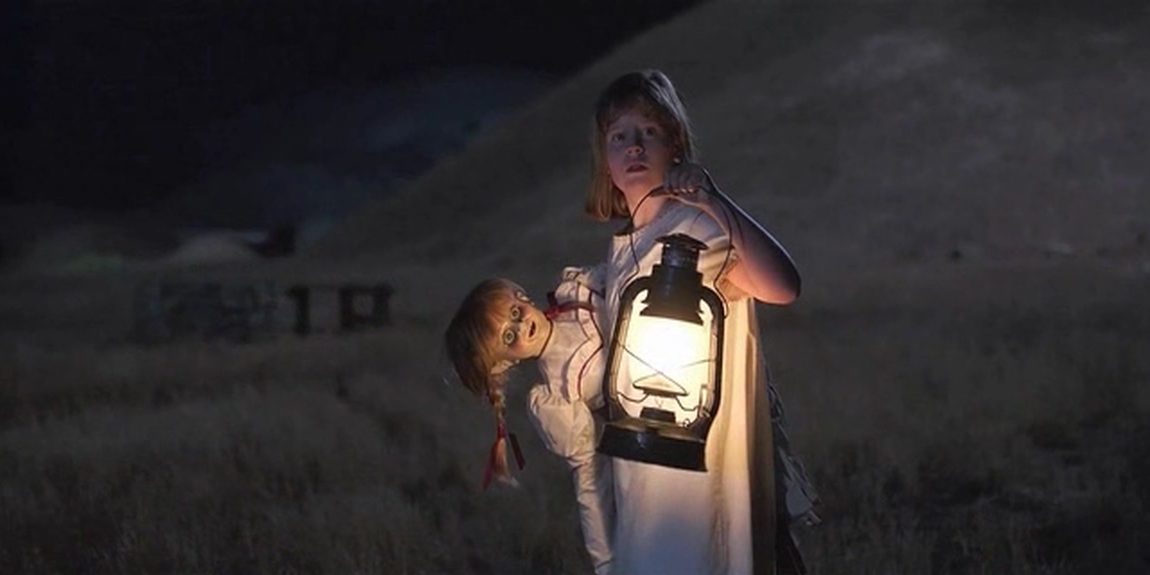 With David F. Sandberg in the director’s chair, the period horror movie ‘Annabelle: Creation’ unveils a chilling vision of a haunted house. Set in the Conjuring Cinematic Universe and acting as a prequel to the first movie ‘Annabelle,’ the story revisits the creation of the creepy Annabelle doll. The story opens in 1957 as Sister Charlotte, and six orphan girls come to stay at the Mullins household. The story spirals out of control with horrific events unfolding at the house. You may wonder what happens to the mother. In the process, let us also recollect the death count.

Who Dies in the Film? What Happens to The Mom?

In the movie, the household of Mullis gradually gives away the vision of an archaic hell. In the film’s opening sequences, we meet the Mullins, a family of three. Samuel is a benevolent, if tickling, father, while Esther is a loving and kind mother. On their way back from the church, their 7-year-old daughter Annabelle asks her mother whether she will let Anna play with her dolls. However, Anna is not that fortunate, as she runs under a car while attempting to pick up a detached vehicle part from the road.

Thus, Anna dies at the outset, preparing us for the horror to come ahead. After a 12-year time leap, we meet Sister Charlotte and Father Massey escorting six girls to the enormous house of the Mullins. Mr. Mullins is a bit reclusive but commanding – time has left its mark on his face. Mrs. Mullins does not come out in the daylight after an accident. The girls whisper that Mrs. Mullins is a ghost, and they indeed meet one of similar attire. Although Mrs. Mullins remains alive for the time, her fate has a dreadful destination.

However, as the movie progresses, we see more bloodshed and get more insight into the 12-year worth of silence. We come to know that the doll is not inherently possessed. Sam Mullins, a toymaker by profession, made the porcelain doll for his daughter. Now, the doll has become a classic horror symbol in the popular imagination – but the doll could not be a playmate of Anna for long. Therefore, Sam and Esther made a deal with the devil to get their daughter back. They performed demonic rituals, which brought their daughter back through the doll.

Anna’s spirit inhabited the doll and came out to roam around the house and throw occasional tea parties. However, it did not take long for Mullins to realize that what they were seeing was not their daughter but an evil spirit. After an accident with Mrs. Mullins, which gouged out her left eye, the Mullins contacted the church and sealed the doll in a locker in Anna’s room with bible pages. However, when they let the children stay in the house as penance, the Mullins couple brings in new troubles. Janice develops curiosity for Bee’s room, and the ghost of Bee lures her in with handwritten notes.

It does not take for the spirit to possess Janice. The second encounter picks her up from the elevator chair, bashing her onto the ground. Janice still copes with a wheelchair, but basking in the sun proves to be fatal for her. The original Janice presumably dies in the shed, while the doll possesses her body. Next to go is the father, who pays for his mistakes in an encounter with the possessed Janice. The father makes wooden crosses after the incident, but as he holds one of them in front of the devil, his fingers turn backward (we almost feel the pain, don’t we?).

Sister Charlotte comes back from the market to find him dead. After encountering Janice’s ghost, Carol, Nancy, and Tierney look for Mrs. Mullins. They enter her room to see the upper half of her body nailed to the wall with crucifixes. Thus, Mrs. Mullins, the mother, is also dead. Maybe she took her own life in a twisted ritual, but she cannot possibly tear her legs apart. So, we sense an otherworldly involvement here. However, all the other girls come out alive on the other side of the hellish night, as does Sister Charlotte. At the end of the movie, a grown-up and spirited Janice (who has rechristened herself Annabelle) and her boyfriend assail her foster parents, Mr. and Mrs. Higgins.