Who is Arthur in Station Eleven? How Did He Die? 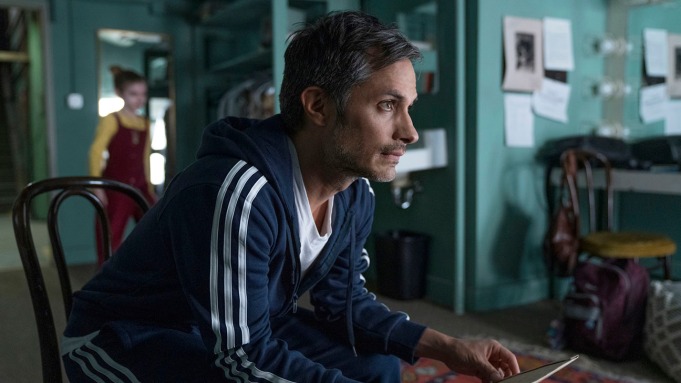 ‘Station Eleven’ is set amidst a raging flu pandemic that wipes out most of the world’s population and forever changes society. Its decades-long narrative opens on an ominous note, with the death of a man named Arthur. As the story continues, the enigmatic Arthur continues to crop up and seems to be strangely connected to the mysterious titular comic seen on the show. So who really is Arthur? And how does he die? Let’s dive into the details of this character. SPOILERS AHEAD.

Essayed by Gael García Bernal, Arthur Leander is a famous film actor who is making a move to the theater in Chicago. He mentions getting a Shakespearean coach to prepare him for his role, and the show opens in the midst of his rendition of ‘King Lear,’ during which he dies. After his death, multiple facets of Arthur’s life begin to slowly be revealed, and the actor is intricately connected to multiple characters in an almost serendipitous manner.

We first learn that Arthur was a close friend and mentor to Kirsten, who also got the titular ‘Station Eleven’ graphic novel from the actor. As the story progresses, we also see Arthur meet Miranda many years before the pandemic and get close to her. The two become lovers and eventually break up. Since Miranda is the author of ‘Station Eleven,’ this seems to be another connection between Arthur and the graphic novel. It is possible that part of the story is also inspired by him, which is why Miranda gives Arthur the first (and possibly the only) copy of the comic.

In a way, Arthur is the catalyst that sparks off the narrative and connects the various threads of the story. Kirsten’s love for acting, inspired by Arthur, endures as she joins the Travelling Symphony and continues to be a Shakespearean actress for many years. Despite his untimely death, Arthur continues to play a significant role in the narrative.

How Does Arthur Die?

When Arthur initially begins to collapse on stage, the audience thinks it is part of his performance. Jeevan, training to be an EMT, is the first to realize that something is wrong and mumbles that Arthur is having a heart attack. Unable to sit by and do nothing, he clambers over to the stage and tries to help the dying actor but is unable to do much. Even the medical professionals who come and try to resuscitate Arthur are unsuccessful, and it is soon announced that he is dead.

Arthur’s cause of death is said to be a heart attack. Even when Miranda is told the devastating news, a heart attack is noted as the cause of death. Though not expressly depicted, it is implied later that Arthur is one of the first citizens of the city to die of the flu, and essentially signals the beginning of the string of apocalyptic events. Thus, Arthur actually dies of the deadly Georgia Flu, which is subsequently responsible for wiping out most of the Earth’s population.