Is Station Eleven Based on Covid-19 Pandemic? 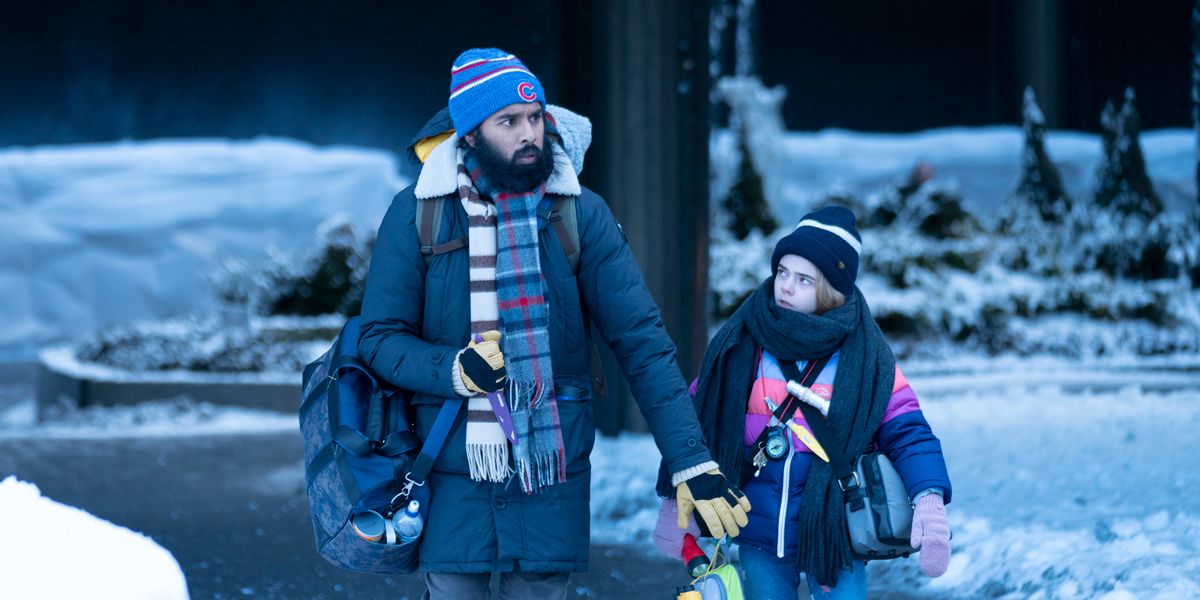 ‘Station Eleven’ is a science fiction television series created by Patrick Somerville (‘Maniac‘). Set in an alternate future where a pandemic has pushed humanity to the brink of existence, it follows the lives of a group of entertainers who travel around to earn a living. During their travels, the group stumbles upon a nefarious cult whose leader shares ties with one of the group members.

The post-apocalyptic drama has received positive reviews from critics, and it comes on the heels of the world slowly recovering from the devastation caused by the Covid-19 pandemic. Given the timing of the show’s creation and release, it is natural for viewers to wonder whether the concept was inspired by the real-life pandemic. If you are wondering about the same, here’s everything you need to know!

Is Station Eleven Based on Covid-19 Pandemic?

In ‘Station Eleven,’ the world is dealing with the damage caused by a type of flu that has a deadly effect on humans. The flu causes a pandemic resulting in the collapse of human civilization. On the surface, it appears that the inspiration for the fictional pandemic is the real-life Covid-19 crisis. However, that is certainly not the case.

The television series is an adaptation of the 2014 novel of the same name written by Emily St. John Mandel. The book features the fictional flu known as “Georgia Flu,” which is the cause of the pandemic. Since the book was published years before the Covid-19 pandemic materialized, it is safe to say that at least the source material is not directly based on the real-life crisis.

Instead, the flu in the book (and in turn the television adaptation) is based on the Swine influenza virus (SIV), commonly known as swine flu. Thus, it is possible that the book’s idea of a pandemic comes from the 2009 swine flu pandemic. However, neither the swine flu nor the Covid-19 virus has a mortality rate as high as the fictional Georgia Virus, which wipes out nearly 99% of human life on earth. Therefore, we can incur that the show’s pandemic is rooted more in fiction than reality.

In an interview, author Emily St. John Mandel stated that her initial idea for the novel was to write a book about the importance of art in life through the struggles of theater actors. She later added the post-apocalyptic element to the story to give it a flare that separates the book from her previous works. Although the Covid-19 pandemic did not inspire the show’s narrative, it did pose a few problems to the production. The makers were faced with the challenge of taking the novel’s plot — that is eerily reminiscent of the tragedy that presently surrounds the viewers — and transforming it into entertainment.

However, despite concerns that the show’s material would be too realistic for some viewers, creator Patrick Somerville stated that they did not deviate much from the source material. “We always wanted to make a post-apocalyptic show about joy. As we began to live it, we began to feel feelings we didn’t expect to know about, and they influence things, but I think we did what we were always going to do,” Sommerville stated during a press tour.

From all the information we have gathered and the testimonies of the original book’s author and the show’s creator, we can conclude that ‘Station Eleven’ is not meant to represent the Covid-19 pandemic in any form. The story is a celebration of art and the joy it brings to people, which helps the content from eliciting memories related to the struggles the entire world has witnessed and continues to experience due to the Covid-19 pandemic.