Who Is Chill Spen in Moonhaven? How Did She Die? How Is She Related to Bella? 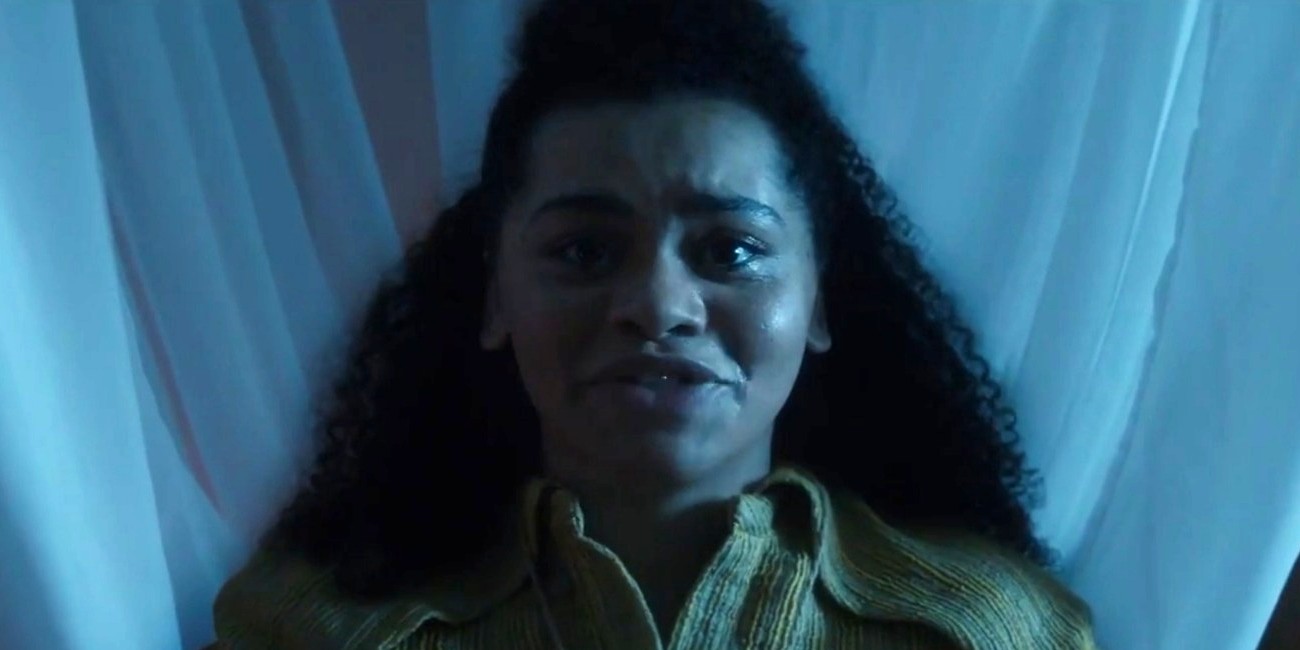 ‘Moonhaven’ is a science fiction series that takes viewers to the eponymous moon colony, which holds the secret to saving humanity. However, when cargo pilot Bella Sway arrives on the colony, she uncovers a grave conspiracy. In the process, Bella learns about the death of Chill Spen, a woman resident of the colony. As the narrative progresses, Bella searches for answers about Chill’s death and her mysterious connection to Chill. If you are looking for answers in those regards, here is everything you need to know! SPOILERS AHEAD!

Who Is Chill Spen? How Did She Die?

Chill Spen is introduced in the series premiere episode of ‘Moonhaven’ titled ‘The Pilot.’ In the episode’s opening minutes, viewers meet Chill as she runs from a pursuer. She is trying to escape with a mysterious object. However, the person chasing Chill is revealed to be her husband, Strego Nall. In the series, actress Nina Barker-Francis essays the role of Chill Spen. Barker-Francis is known for her performance as Kaz in the comedy-drama series ‘Flack.’ 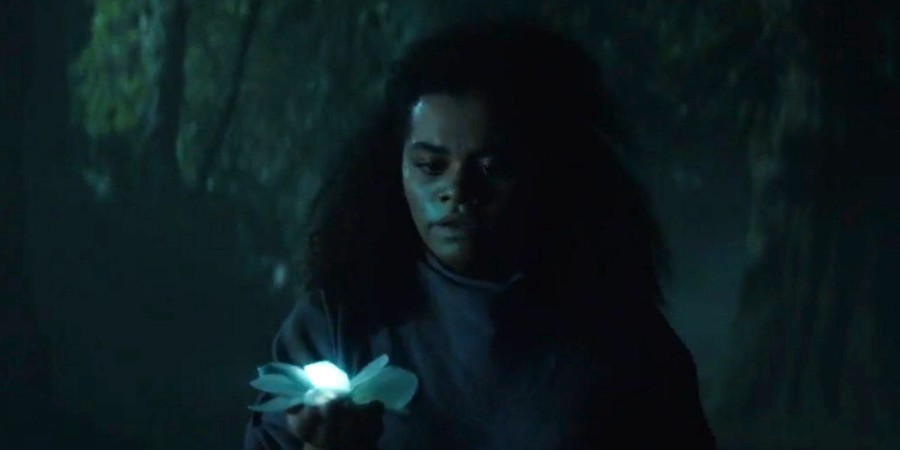 Strego tries to convince Chill to hand over the object. Nonetheless, she escapes Strego’s grasp. However, Chill is found dead the following day. Detectives Paul and Arlo discover Chill’s dead body in the woods. With the artificial intelligence system IO’s help, the detectives deduce that Strego killed Chill. The two apprehend Strego but remain in the dark about the reason behind Chill’s death.

How Is Chill Spen Related to Bella?

In the first episode, cargo pilot Bella Sway embarks on a mission to fly a spacecraft to the moon colony. After arriving at Moonhaven, Bella is contacted by Paul and Arlo. The detectives speak to Bella about Chill’s death. The pilot believes that she is being interrogated. However, the detectives reveal a surprising connection between the “gone-soul” and Bella. As Bella states, her mother abandoned her as a child and moved to the moon colony. 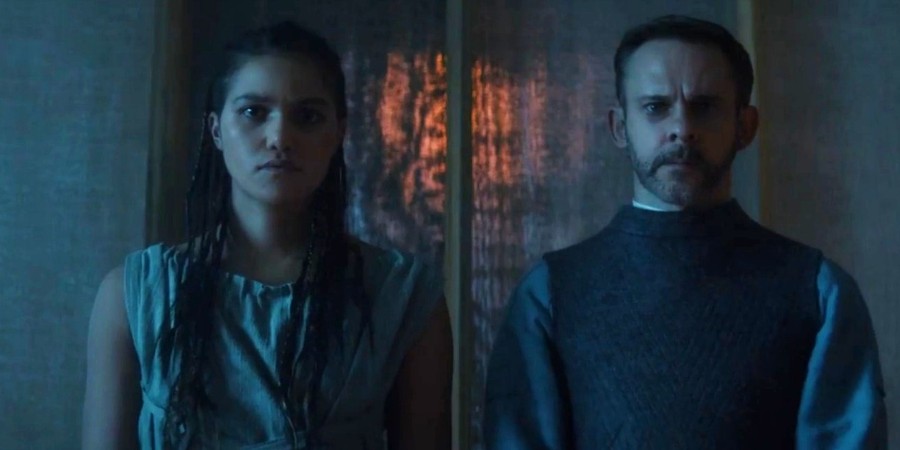 Paul reveals to Bella that after moving to the moon, her mother gave birth to another child. The child is Bella’s biological sister. Bella then learns that her sister is Chill. However, both are unaware of each other’s existence until Chill’s death. Initially, Bella feels no emotional connection to her deceased sister. She does not grieve Chill’s death but agrees to meet Chill’s water sister, Asus. Soon, Bella learns that Chill was killed by her husband and her death is more complicated than it appears. When Bella meets a projection of Chill created by the IO, Chill fails to recognize Bella as her sister.

On Moonhaven, Bella learns of the dread-feel, a mystic power that is used to call upon loved ones in times of distress. After learning of the conspiracy surrounding Chill’s death, Bella becomes convinced that she was called to the moon colony by her sister using the dread-feel. Thus, Bella and Chill’s mysterious connection sets the stage for Bella to uncover the true nature of the work on the moon colony. In the second episode’s final moments, Bella receives a message from her sister. Chill reveals that “The Bridge,” meant to be humanity’s last hope of survival, is a trap set to destroy the earth. Therefore, Bella inherits her sister’s quest to save humanity from impending doom.

Read More: Where is Moonhaven Filmed?