Who Is Clara Barton in The Gilded Age? Is She Based on a Real Person? 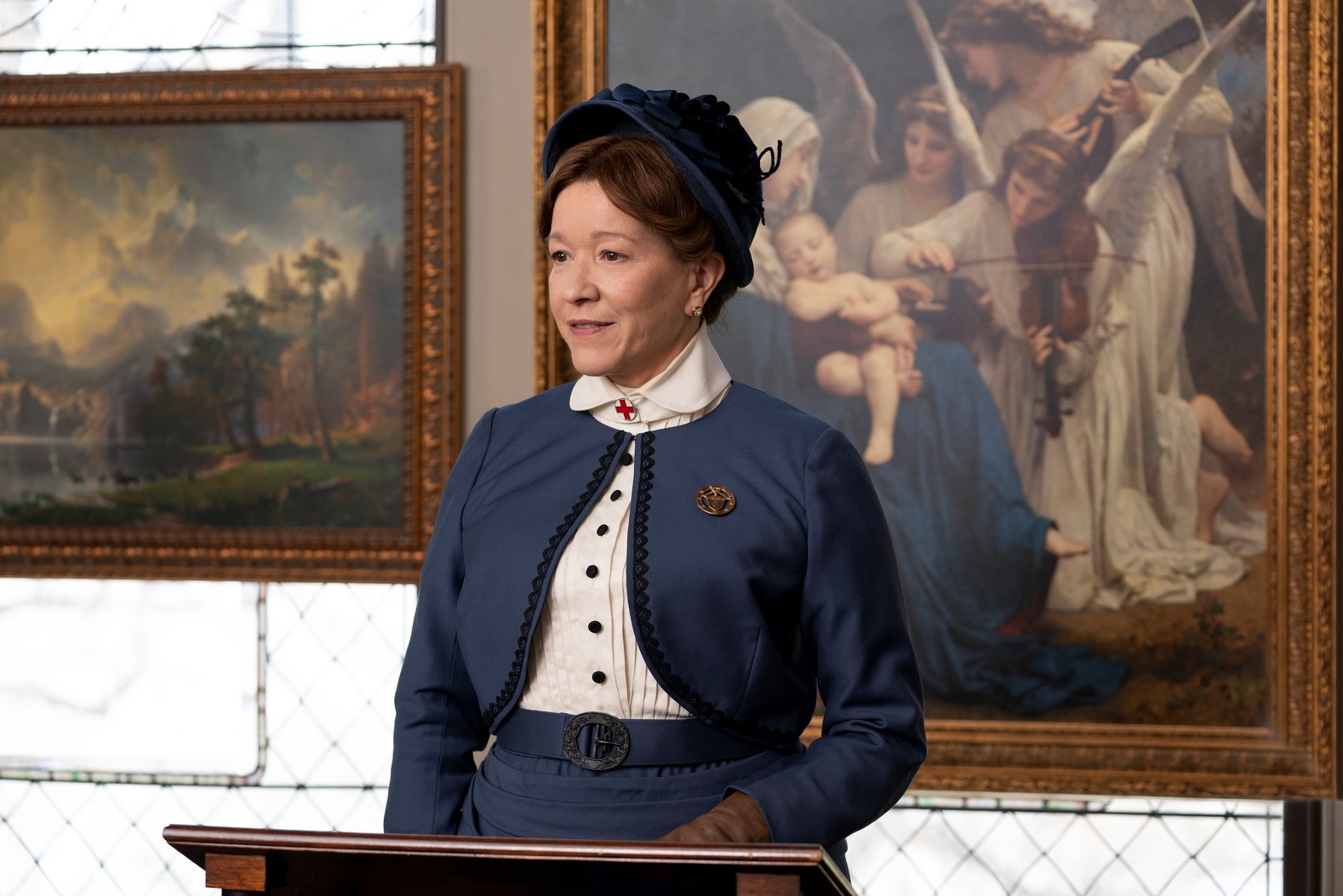 ‘The Gilded Age’ is a period-drama series set in the eponymous era of American history, which generally encompasses the years between the Civil War and the advent of the 20th Century. It is marked by remarkable economic expansion and technological advancements which hid the widespread social ills. The name of the era, first coined by Mark Twain and Charles Dudley Warner in their 1873 novel, ‘The Gilded Age: A Tale of Today,’ refers to this. In the third episode of the series, a character named Clara Barton is introduced. If you are wondering whether she is based on a real person, we got you covered. SPOILERS AHEAD.

Who Is Clara Barton?

At the start of the third episode, Marian tells her aunts that Clara Barton (Linda Emond), who has started an American branch of the Red Cross, is set to deliver a speech at Aurora Finn’s house. Ada expresses her interest in attending the gathering, so she and Marian later visit the Finn household. Emond portrays Barton with a kind yet imposing personality who can easily command the entire room’s attention. Mrs. Astor, arguably the most prolific person among the attendees, questions Barton on how she intends to find support in the US capital, given that President Rutherford B. Hayes declined to support the establishment of the American Red Cross and James A. Garfield never signed it either.

In response, Barton speaks about “unfortunate events” that have altered things in Washington. She is likely referring to the assassination of President Garfield. According to Barton, his replacement, Chester A. Arthur, is more inclined to agree to the proposal for the American Red Cross than his predecessors.

Is Clara Barton Based on a Real Person?

Yes, Clara Barton is based on a real person. She was a renowned nurse, educator, and patent clerk who originally hailed from North Oxford, Massachusetts. As a teacher, she was affiliated with schools in Canada and West Georgia and later started the first-ever free school in Bordentown, New Jersey. During the Civil War, she came to be known as the “Angel of the Battlefield” and “Florence Nightingale of America” because of her selfless service as a nurse. She worked on the front lines, encountering mortal danger a few times.

After the war, she established the Office of Missing Soldiers at 437 ½ Seventh Street, Northwest, Washington, D.C., from where she and her assistants replied to tens of thousands of letters from the relatives and acquaintances of missing soldiers. She was an institution unto herself. Barton died of pneumonia on April 12, 1912. She was 90 years old at the time.

Yes, Clara Barton established the American Red Cross. She became highly familiar with the works that the Red Cross did during her visit to Geneva, Switzerland, in 1869. Like ‘The Gilded Age’ indicates, her vision of creating an American branch of the Red Cross was initially received with skepticism by the people in Washington. President Hayes, along with the rest of the country, thought there would never be another catastrophic event such as the Civil War. Eventually, she got permission from President Arthur by convincing him that the Red Cross could respond to natural disasters. Barton launched the American Red Cross on May 21, 1881, in Dansville, New York.