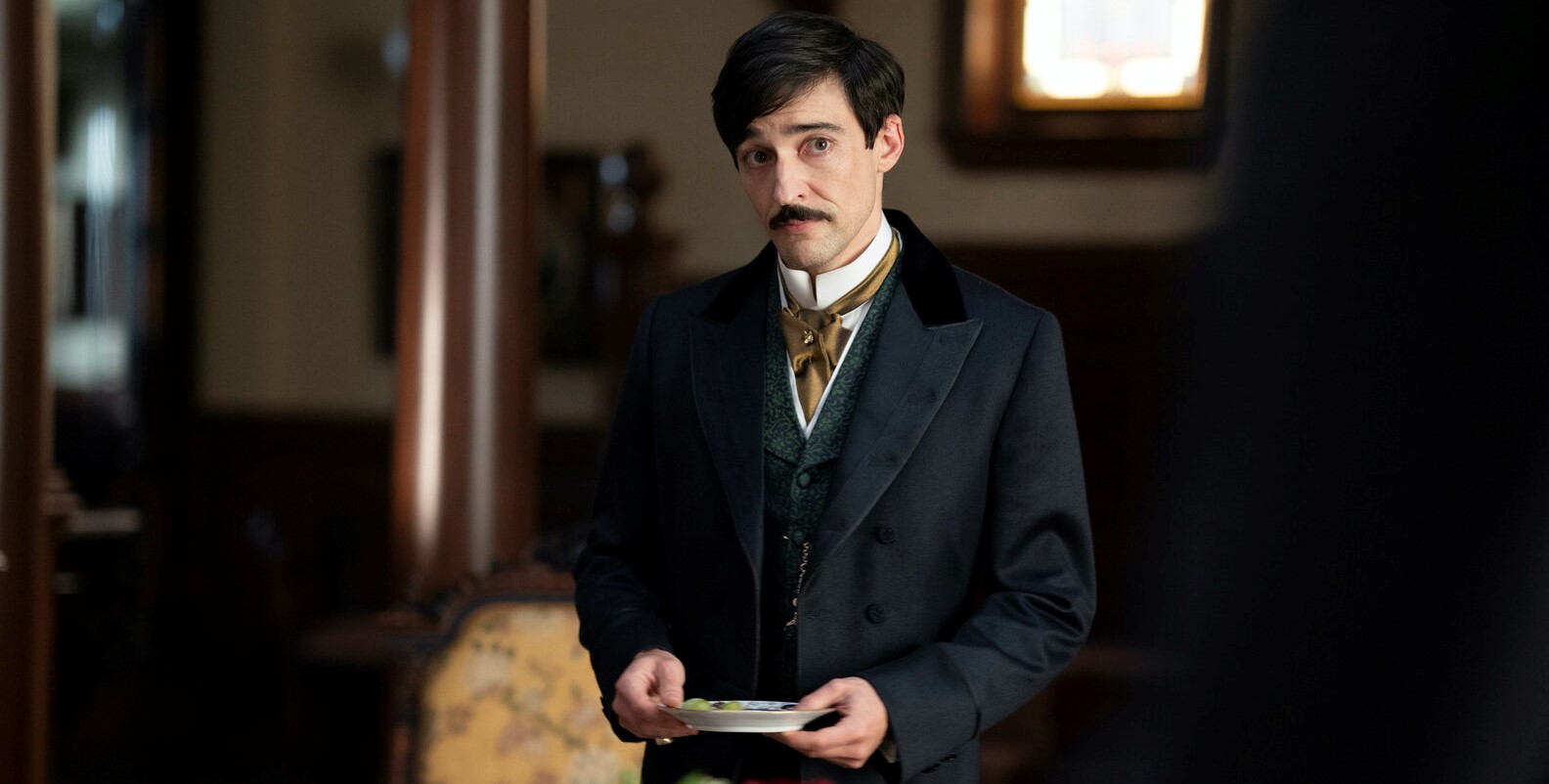 Blake Ritson’s filmography is filled with unconventional and interesting choices. He seems to have continued this tradition with the period-drama series ‘The Gilded Age,’ in which he portrays Oscar van Rhijn, the heir to the van Rhijn family. Oscar is the son of Agnes (Christine Baranski) and her presumably abusive husband.

In the pilot episode, it is revealed that he has been back from Europe for a while but hasn’t yet visited his home. Oscar seems like a womanizing dandy at first glance, but as the pilot episode progresses, he turns out to be quite a complex character. In one of the final scenes of the episode, Oscar meets John Adams (Claybourne Elder) at a hotel. Just before the scene changes, they kiss and fall on the bed together. If you are wondering whether Oscar is gay in ‘The Gilded Age,’ we got you covered. SPOILERS AHEAD.

The answer to this question is quite complex. The audience is introduced to John at the same time as Marian is. Agnes tells Marian that John and Oscar are friends. John is the grandson of John Quincy Adams, the 6th President of the US, so predictably he is considered as one of their own by the old money families. The explosive ending of the pilot episode makes it clear that Oscar and John are in a sexual relationship.

From the intimacy and the naturalness of the scene, it is apparent that this is not the first time they have done this. However, this doesn’t necessarily mean that Oscar is attracted exclusively toward men. If anything, the pilot episode demonstrates that he is charming and an incorrigible flirt. The first time he sees Marian and discovers that she is not what he expected, he flirts with her. He also seems interested in learning more about Gladys, George and Bertha’s only daughter.

Oscar is part of the new generation of old money families. Unlike his mother, he recognizes that the world is constantly changing around them. And if they don’t change with it, they risk losing everything they have. Oscar knows that men like George Russell are set to control the future. They are already in charge of the present. Meanwhile, people belonging to old money families are stuck in the past.

Oscar is adventurous, both in life and in bed. But he is also pragmatic. He most likely wants to secure his future above everything else, so he can continue to lead a life of luxury. And it seems that he believes he can only achieve that by marrying well. This is probably why he shows an interest in Gladys, a girl he is yet to meet. Her father’s immense wealth can give Oscar the type of financial security that he has always dreamt of.

Read More: What Is the Meaning of The Gilded Age Title?