Are The Gilded Age’s Bertha and George Russell Based on a Real Couple? 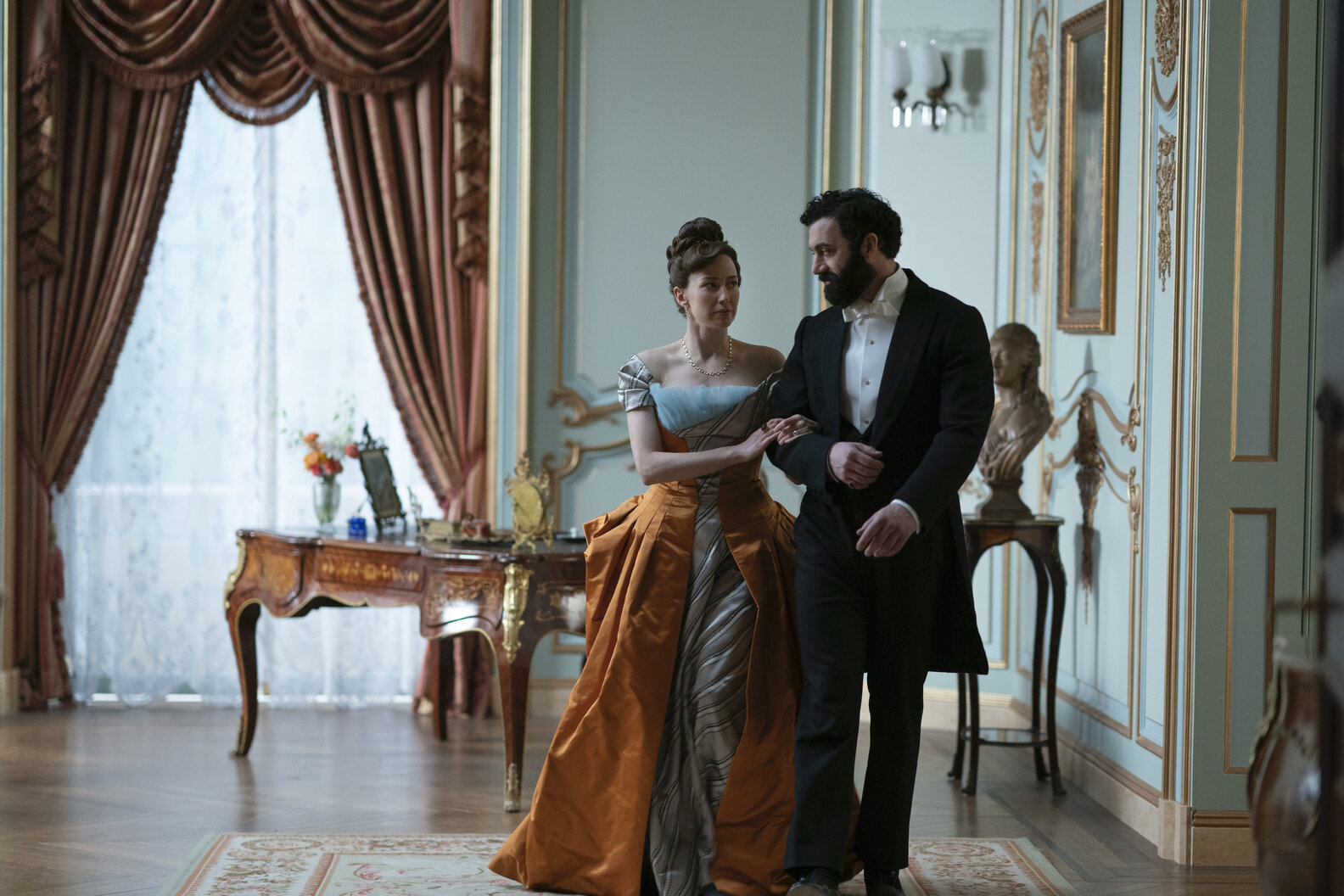 Julian Fellowes’ (‘Downton Abbey’) ‘The Gilded Age’ has a fascinating collection of characters. Among them, George (Morgan Spector) and Bertha Russell (Carrie Coon) stand out because they share quite an unconventional relationship dynamic for the setting of the show. The story begins in 1882 when the New York society was far from egalitarian. Despite this, the union between George and Bertha is that of equals. They are both ruthless, ambitious, and relentless in their pursuit of wealth and power.

For George, this has manifested in him establishing himself as a railroad tycoon and one of the richest men of New York. For Bertha, it’s her desire to get into the polite society of the city, from where the gatekeepers are trying to keep her and her family out. While ‘The Gilded Age’ is a largely fictional story, it heavily borrows from history and has several historical figures as characters. If you are wondering whether George and Bertha are among them, this is what you need to know.

Are The Gilded Age’s Bertha and George Russell Based on a Real Couple?

Bertha and George are not historical figures. Almost all the main characters of the show are fictional. This seems like a conscious choice by the writers. Using fictional people as protagonists probably gave the narrative freedom they would not have had if they were real people. However, Bertha and George seem to share some similarities with Alva and William K. Vanderbilt.

The Vanderbilts had an incredibly humble beginning. The first Vanderbilt that set foot on the US soil was Jan Aertszoon or Aertson, who arrived in the Dutch colony of New Netherland in 1650 to serve as an indentured servant to the Van Kouwenhoven family. They rose to affluence during the Gilded Age due to their investments in the railroad business. William Kissam Vanderbilt was in charge of the family’s railroad investments. But the similarity between him and George seems to end there. He was an accomplished horse breeder and had a vastly different personality from how George is depicted in the show.

On the other hand, like Bertha, Alva was determined to make the Vanderbilts part of the polite society, which inevitably led to a conflict between her and Caroline Astor. The leader of the legendary Four Hundred of the New York Society, Mrs. Astor was the final authority in the social circle of the rich and powerful. Alva and Mrs. Astor’s feud eventually ended when the latter accepted the former as her peer.

Given how the series is being set up, Bertha is probably heading to a conflict with the fictional Mrs. Astor of ‘The Gilded Age.’ She and George are the power couple of the series. They complement each other in most ways. Moreover, they seem to be each other’s biggest source of support. When Bertha’s soiree fails and no one shows up, George speaks to his despondent wife and reminds her who she is. The Gilded Age was an interesting transitional period in American history. While Bertha and  George are largely fictional, their story represents the experience of several new money families of New York. The Vanderbilts are simply one such example.