Who Is Mrs. Astor? Is She Based on a Real Gilded Age Socialite? 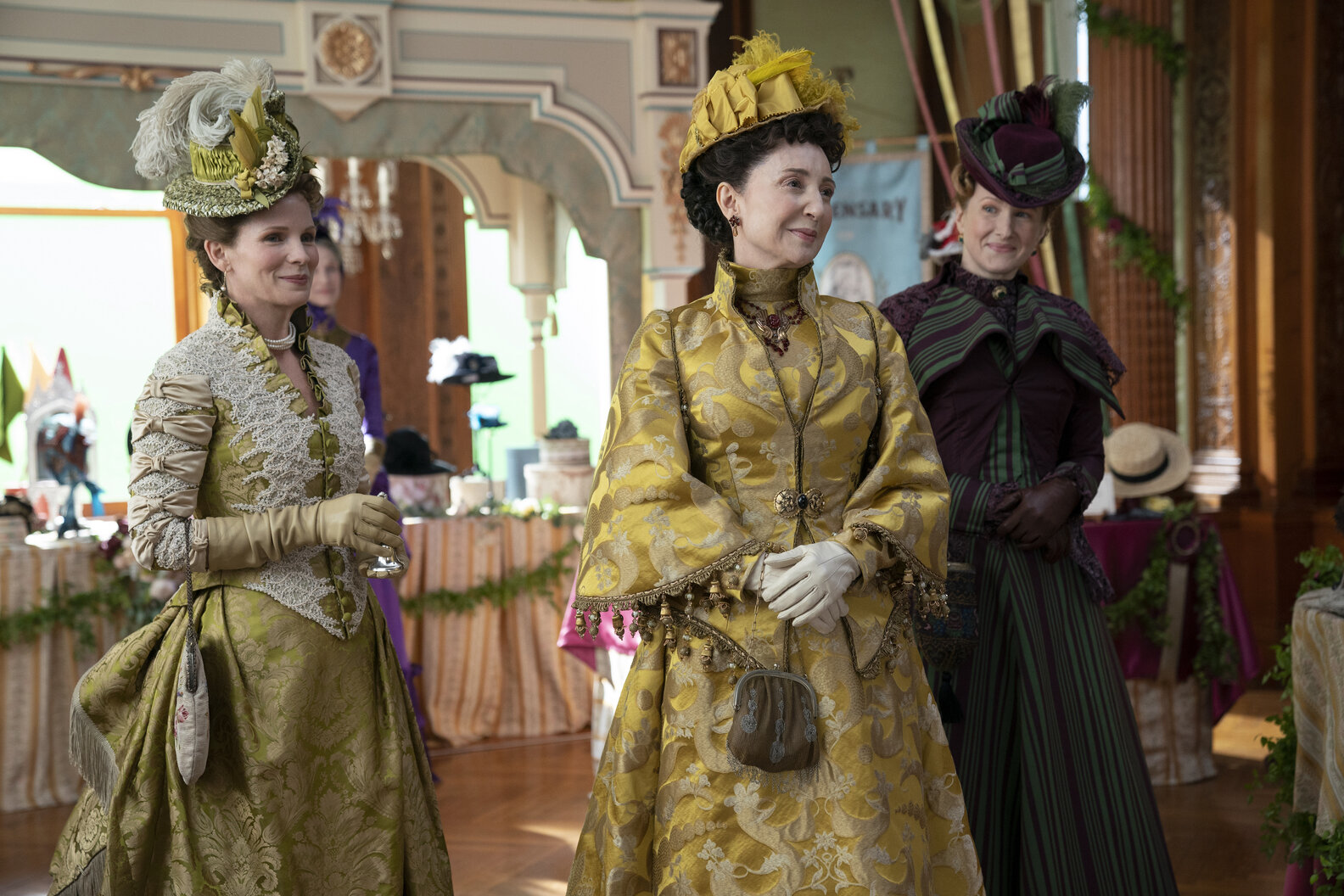 In the first two episodes of ‘The Gilded Age,’ Caroline Schermerhorn Astor or Mrs. Astor (Donna Murphy) appears only in a handful of scenes and still leaves an impression on the audience. She is introduced in the final scene of the pilot episode. Throughout the episode, we hear about her and can deduce that she must be an important figure in New York’s polite society. In episode 2, these presumptions are confirmed when she is treated like royalty when she appears at the charity bazaar hosted by Mrs. Morris and Mrs. Fane. If you are wondering who Mrs. Astor is in ‘The Gilded Age,’ we got you covered. SPOILERS AHEAD.

Who Is Mrs. Astor?

‘The Gilded Age’ underscores Mrs. Astor’s importance in the narrative by featuring her in the closing scenes of both episode 1 and episode 2. She is depicted as an extremely influential woman in the top tier of society in the early 1880s New York. She virtually controls who gains entry into the polite society and who remains part of it. As a result, she is both feared and admired.

Bertha Russell knows that if her family is to be part of the privileged class, they need Mrs. Astor’s approval. She invites the other woman to a soiree at her home. Predictably, Mrs. Astor doesn’t show up. In the final scene of the pilot, her daughter finds the invite from the Russell household and asks her whether she attended the party. In response, Mrs. Astor asks her not to be ridiculous and throws the invite into the fire.

In episode 2, Mrs. Astor’s assessment of the Russell family drastically improves when she watches George Russell purchasing everything at the bazaar and causing the charity event to shut down three days before it was supposed to. George Russell spends hundreds of dollars just to make a point, making Bertha realize that he is a force to be reckoned with.

Is Mrs. Astor Based on a Real Gilded Age Socialite?

Yes, Mrs. Astor is based on a real Gilded Age socialite. Like her fictional counterpart, the real Mrs. Astor was the leader of the New York polite society. Along with her friend Ward McAllister (Nathan Lane), she was the gatekeeper of the New York high society as the most prominent figure of old money and tradition. After the Civil War, as America entered the Gilded Age, a new class of wealthy people emerged. They had made their money in railroad, shipping, or mining businesses and were eager to establish themselves in high society.

However, without the active patronage of Mrs. Astor, it was nearly impossible to achieve in New York. Mrs. Astor was the leader of the Four Hundred, which was a list prepared by McAllister of the members of New York society and published in The New York Times in 1892. After Mrs. Astor’s passing in 1908, Alva Belmont, Theresa Fair Oelrichs, and Mamie Fish became her successors.

Mrs. Astor hailed from a Dutch aristocratic family of New York. The family was one of the original settlers. Caroline married William Backhouse Astor Jr. in 1853, and they had five children together. Unlike many women of her time, Mrs. Astor was financially independent because of the money she inherited from her parents.