Who Is Cotton Candy on The Masked Dancer? 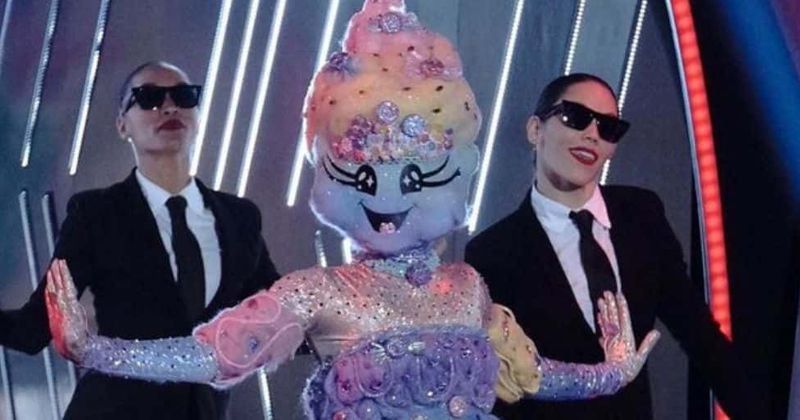 Season 1 of ‘The Masked Dancer,’ a spin-off to ‘The Masked Singer,’ premiered on December 27, 2020, and honestly, it already has us entrapped with its mysterious competition ways. Celebrities are dressed from head to toe in elaborate costumes and shaking their tail for us and a panel of judges to guess their real identities. What more could we possibly want? Naturally, even though every masked celebrity has only made their debut performance up until now, we’re already curious to know the faces hidden behind that ensemble. And if you are eager to discover the same, we’ve got you covered with the clues and guesses about who Cotton Candy could be, right here.

Cotton Candy is the one contestant whose debut dance performance was probably the most highly anticipated as Fox had already used the scary fall she took during her rehearsals in their promotional materials. And we’ll be honest; she did not disappoint. When Cotton Candy first took to the stage in her adorable costume with a bright and happy smile plastered on her mask, the first thing that the judging panel noted was her small and delicate physique. Also, because of the way she carried herself, they called her “young” and a “pop princess.”

“I’m definitely a perfectionist, but things in my life haven’t always been sweet,” Cotton Candy said at the start of her first clue package. “Growing up, I was kind of an all-around whiz kid – I had big plans. But in order to chase my dreams, I needed to move in with a new family. I was just a kid, and I got so homesick. I had trouble keeping up. But if I’ve learned anything in my life, when things get tough, I can’t just quit. I’m a fighter.” Then, she went on to add, “A new plan gave me a safe haven to keep going. With their support, I’m feeling more glamorous than ever.”

Cotton Candy even referenced her rehearsal fall in her clue package, making sure to declare that even with that, nothing will ever stop her from “being at the top.” Among all that, her visual clues included candy, a ladybug, a witch’s hat, 3-pound weights, a proper English-style breakfast, a bowl of cereal – corn flakes, some sweet cupcakes, and a clock. Cotton Candy’s “Word Up” clue, delivered in her real voice, unaltered by a voice modulator, was “Primetime.” Then, she began her aerial routine to “Glitter in the Air” by P!nk, immediately proving her talent as a dancer.

The four judges choked up during Cotton Candy’s stunning performance, and Paula Abdul even went as far as to give her a standing ovation for having the courage to come back on stage after her accident. Following that, they began with their guesses, with Paula speculating that it might be Jenna Dewan behind the mask, adding to Ken Jeong’s assumption that the celebrity did seem like a classically trained dancer. Brian Austin Green, on the other hand, guessed that it could be P!nk because of the way the cloud in the clue package read “B!rd.” But for us, that just seems too obvious.

CALLING IT NOW @juliannehough ✨U ARE✨ THE COTTON CANDY ON MASKED DANCER. I GOT THE SAFE HAVEN REFERENCE, BOO. I CUT MY HAIR BC OF U IN THAT MOVIE SO I KNOW!!! ILL WAIT TO BE RIGHT AFTER U GET UNMASKED WHEN U WIN!!!!!

Ken Jeong and Ashley Tisdale both guessed Julianne Hough, a former ‘Dancing With the Stars’ professional and film star. Ashley even pointed out that Julianne is an extra in the ‘Harry Potter’ movies, which would explain the witch’s hat, a clue that otherwise seemed a bit too out of place. Well, we have to say that we agree with the two panelists, especially as Cotton Candy’s words “save haven” caught our eye. After all, Julianne Hough is the main protagonist in the Nicholas Sparks book-based movie of the same name. And from the looks of it, a majority of social media users agree as well.

Read More: Who Is Sloth On The Masked Dancer?