Where Is The Masked Dancer Filmed?

‘The Masked Dancer’ is a reality series that originally started as a recurring segment on ‘The Ellen DeGeneres Show’ as a spoof of ‘The Masked Singer.’ Following a similar format as ‘The Masked Singer,’ celebrity contestants perform unique dance choreographies in elaborate costumes and face masks to conceal their identities. The game is to guess who the dancers are based on their moves and costumes. The show is hosted by Craig Robinson, who you may remember from ‘The Office’ or as Doug Judy, AKA, “The Pontiac Bandit” from ‘Brooklyn Nine-Nine.’ Fans must want to know where this entertaining series is filmed. We’ve got all that you want to know right here!

The series filmed in October 2020 during the ongoing pandemic. Naturally, there are a few things that the show did differently than what it would have done earlier on. Here are the details about the location and process of filming!

‘The Masked Dancer’ is filmed in Los Angeles, California. The series is filmed at Red Studios Hollywood, which is also where ‘The Masked Singer’ is filmed. Formerly known as  Desilu Cahuenga Studio and Ren-Mar Studios, Red Studios Hollywood is located at 846 North Cahuenga Boulevard. It comprises four air-conditioned sound stages, along with office and support space. Also, 5,000 square feet of raw space adjacent to the studio is available for filming purposes. The studio also rents out the 4K theatre, which has fully-equipped editing and post-production services. Some of the most iconic productions filmed at the property include ‘I Love Lucy,’ ‘The Golden Girls,’ ‘Seinfeld,’ ‘The Dick Van Dyke Show,’ and ‘Lizzie McGuire.’

#TheMaskedDancer is gonna be EPIC. 🤯

Considering that the participants are usually celebrities, filming in Los Angeles is a logical choice since a large number of people in the creative industry are based in or around Los Angeles. Many celebrities live in the Beverly Hills area, which has one of the most famous zip codes on the planet. Other well-known neighborhoods in L.A. are Malibu, Bel-Air, Studio City, Los Feliz, and Sherman Oaks. 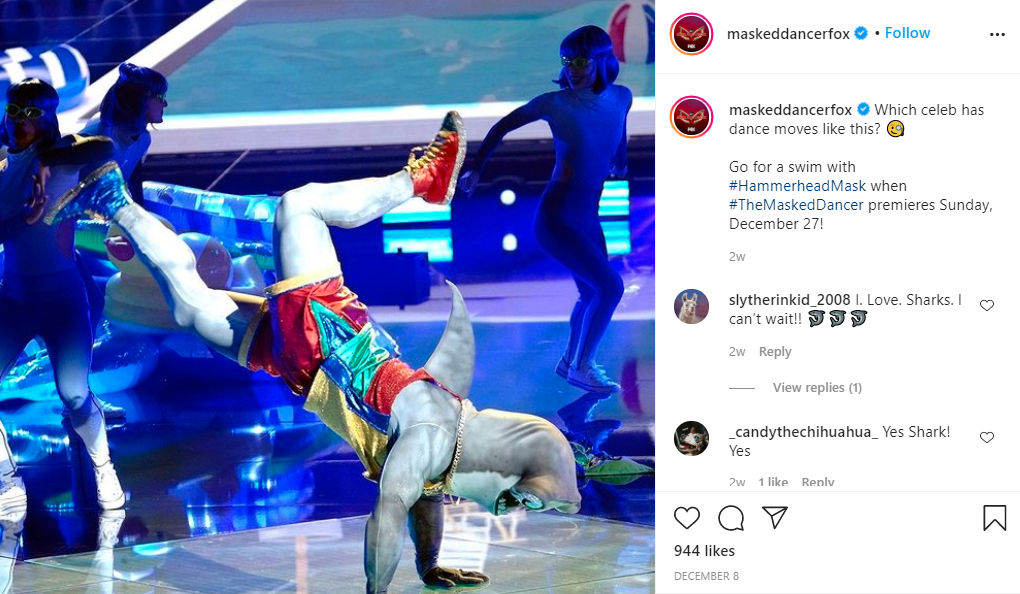 An important aspect of filming the series is the health and safety protocols. This includes zoning, regular testing, social distancing, and sanitization. While filming, it is ensured that no communal areas are shared. Local and state officials, including the Health Department, are also consulted to make sure that the location is safe to film the reality series. Being a show that began filming during COVID-19 had its challenges and perks. Since there is no live audience, it may be difficult for viewers to imagine what the show was “supposed to look like.” However, this also means that the contestants get the opportunity for more rehearsals.