Who Is Sloth on The Masked Dancer? 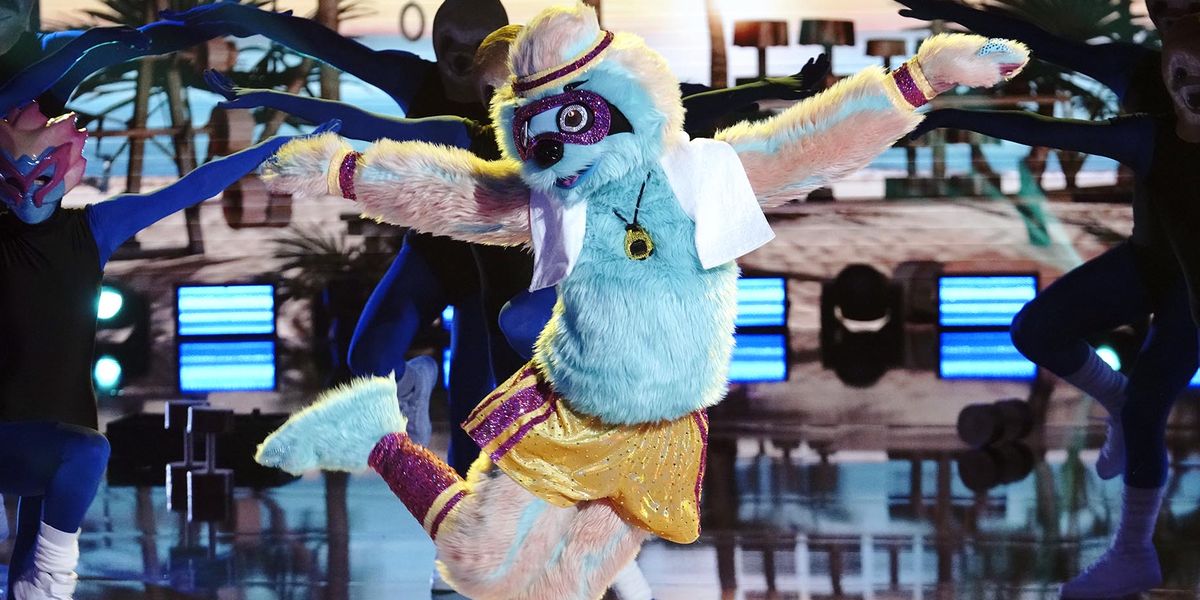 With Craig Robinson as the host, ‘The Masked Dancer‘ is a one of a kind series, wherein masked celebrities shake their tail feathers (dance) while being completely covered in elaborate costumes, leaving a panel of four judges and us, the audience, to guess their real identities. As each week passes by, a series of clues is sprinkled throughout their dance routines, packages, and costumes, leading everybody one step closer to the truth. However, even after just one performance by each of the ten contestants, the guesses have already started pouring in. And Sloth’s identity has been the most intriguing of them all.

We’ll be honest, out of all the celebrity contestants, Sloth, with his ability to leap and bound around the stage, seems like the most athletic. His costume, consisting of sparkly pink and yellow workout gear, also points towards his love for fitness, reiterated by his debut performance, which included props like dumbbells and a treadmill. Moreover, on the show’s Instagram page, Sloth was referred to as someone who had “a very special love for The Nutcracker,” alongside with a cautionary note that read: “No rush — try to figure out what this clue means.”

At the start of Sloth’s first clue package, he said, “You think I’m slow like other sloths? Think again! I’m the muscles from the jungle. Just kidding. I worked hard to get where I am today.” Then, the seemingly funny anonymous star suddenly took a darker turn and went on to add, “When I was a kid, I had a bad accident. People talked down and dirty to me, [saying] that I was just a Mickey Mouse operation. But I didn’t give up, and now I wake up each day stronger than yesterday. And when I’m doing what I do the most, I feel alive!… never stop chasing your dreams.”

Apart from the treadmill and weight lifts, the few other things that stood out during Sloth’s clue package and subsequent performance to “What I Like About You” by The Romantics was the “Glee” toothpaste, the cabana on the beach, and the gymnastics rings. Sloth even put up the “L” sign on his forehead during his dance. When it was time for his voice modulator to be turned off so that he could use the “Word Up” feature in his real and undisguised voice, all Sloth said was “Broadway.” The masked celebrity did seem to have an accent, but it also could be a red herring.

The four panelists or judges cast their guesses in quite a few different directions. Paula Abdul said that Sloth had “to be a trained dancer in order to have the reckless abandon” that he did. She suspected Matthew Morrison to be the one beneath the mask. After all, Matthew did star in the television musical series ‘Glee’ and was also recently cast in the television special adaptation of the ‘How the Grinch Stole Christmas!’ Broadway musical.

Brian Austin Green guessed Kevin Federline after taking all the Britney Spears-related clues in the video package under consideration. And Ashley Tisdale supposed Jason Derulo, who was in the movie ‘Cats’ (based on the Broadway musical of the same name), could be the celebrity. However, fans of the show, disagreeing, have taken over social media to give out their ideas. While some guess Dax Shepard or Derek Hough, others think that Grant Gustin (‘Glee’ and ‘The Flash’) could be Sloth.

Read More: Who Is Moth On The Masked Dancer?