Who Is Moth on The Masked Dancer? 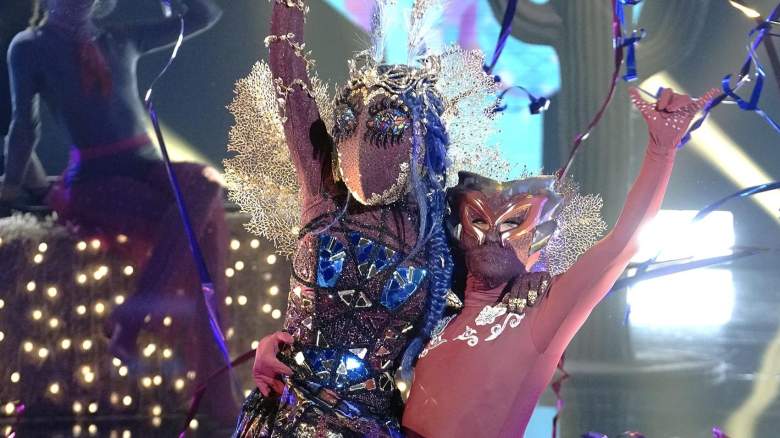 Bringing back the well-loved concept of celebrity contestants in elaborate costumes and gigantic masks covering every bit of their real identities, Fox premiered ‘The Masked Dancer‘ – a spin-off to its popular original, ‘The Masked Singer’ – in December 2020. Here, instead of singing their hearts out, the anonymous celebrities take to the stage and dance, hoping to keep the panelists and the viewers on their toes about who they really are.

Along with the amazing performances, the celebrities also drop random clues and references via their introduction montages that aid the viewers and the panelists in making a firm guess about their identities. And even though we currently don’t have a lot to go off on, with the ten contestants only having made their debut performances on the reality show, let’s still delve into all the possibilities about who Moth could be, shall we?

The first clue about Moth is her costume, which, while some might assume, would have been ugly and dull, is anything but. With a crimson-colored bodice adorned with crystal applique and a strong dose of glitter, her attire can only be described as elegant. Furthermore, to complete the look, Moth adorns intricate, leaf-shaped golden bangles, a blue wig, and a tiara. In December 2020, the official Instagram page of ‘The Masked Dancer’ even posted a short video of the anonymous star with the caption “All I want for Christmas is you … with a side of salt!” as another clue.

“You know, Moths don’t seek out the spotlight. It draws us in, whether we want it or not,” Moth said to start off her very first clue package of the season. “That’s the story of my life. One day, I was just a regular moth out of the view of the public. The next, I’m making headlines with the president.” She then went on to add that she faced a rare traumatic experience that turned her entire world upside down. “But I’m a survivor. So I decided if I couldn’t escape the spotlight, I’d use it to shine a light on things I care about the most. So I took control of my fame. And now, I thrive.”

As Moth was saying all this via a voice-over, her visual package showed us a knife and fork, a black cloth, the Capitol building, the White House, an ordinary ladder, a tabloid with the headline “Moth tells all,” and a sign that read “Box, Sweet Box.” Then, she began her dance routine to “Boot Scootin’ Boogie” by Brooks & Dunn. After all this was said and done, Moth made use of the “Word Up” feature, delivering a single word with her voice modulator turned off, giving the panelists and us an opportunity to identify her through her natural tone, and all she stated was “Inspired.”

The four panelists of ‘The Masked Dancer’ could not help themselves but comment on Moth’s “amazing body.” They had already said that she looked graceful and “model tall,” but her performance confirmed that she kept herself in great shape. Following that, Ashley Tisdale announced that she suspected Moth to be a reporter due to all the political references, naming Megyn Kelly as her final guess.

I see you @OMAROSA on The Masked Dancer!! #MaskedDancer #Moth

On the other hand, Paula Abdul and Brian Austin Green talked about how most of the clues pointed towards a political scandal, leading them to believe that the masked celebrity could be Monica Lewinsky. Paula also guessed Marla Maples. The internet, though, is quite sure that Moth is none other than Omarosa, a former political aide to President Donald Trump and now a writer.

Read More: Who Is Zebra On The Masked Dancer?