Who Is Zebra on The Masked Dancer? 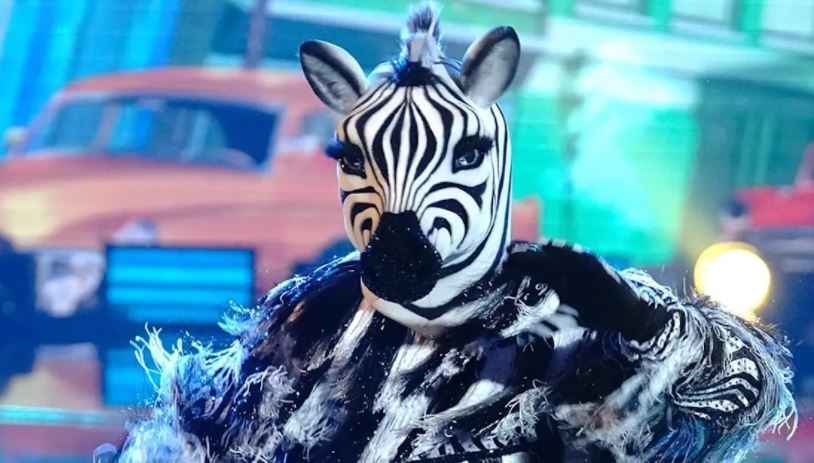 As the spin-off of ‘The Masked Singer,’ Fox’s ‘The Masked Dancer‘ is a secretive reality dance competition wherein celebrities dress up in elaborate costumes to hide their identities and take to the stage to give us impressive performances, leaving us and a panel of judges, to guess who they really are. With Zebra recently being introduced as one of the contestants, fans are naturally curious to know who he is and what face he bears beneath that mask. And because we’re also impatient, we’ve already combined all the available clues and guesses to make up our minds on his identity. Curious to know the same? Let’s find out.

Zebra’s stunning attire, complete with a studded snout, is one of the most attractive costumes on the show. And when his personality, at least what we saw of, gets mixed with that, there becomes something that is instantly likable about the celebrity in disguise. When Zebra first came upon the stage, he moved his body like no one was watching, not standing still for even a moment, which the panelists were quick to note and comment on, revealing that it was a sign of a true performer. His heavily-fringed ensemble only accented that further.

Zebra started his first clue package by saying, “You haven’t seen me in a while. To be honest, I’ve kind of fallen out of the limelight.” Then, he revealed that he hails from a rough neighborhood and that the only kind of love he knew growing up was tough love. “Those teenage years left me aching in my heart,” Zebra added. “There was only one direction to go, up. It was time to earn my stripes and become larger than life. Fast forward all these years, and now the president knows my name. I’ll tell you, sometimes my life truly feels upside, inside out.”

Along with that, within the video package, some of the visual clues that stood out the most included a magazine with a picture of the Zebra on it, reading “This Is a Clue,” a third-place medal, a license plate reading 154-128, a red vintage convertible, and a desert where a couple of Zebras were running free. The backdrop for Zebra’s performance to “Magalenha” by Sergio Mendes seemed to be referring to Cuba or Miami and paid homage to the dance style of Salsa. His “Word Up” clue, said undisguised by the voice modulator, was “Comeback.”

I guarentee you that the zebra is none other than ricky martin #TheMaskedDancer .

Panelist Brian Austin Green considered the heavy “Latin vibes” while making his guess about who the celebrity behind Zebra’s mask could be, first naming Enrique Iglesias or Marc Anthony. But adding the “upside down, inside out” lyrical reference to the whole performance, he eventually concluded that Zebra might be none other than Ricky Martin. Ken Jeong, though, focused on the many boy band references in the clue package and named Backstreet Boys member Kevin Richardson as his guess.

@DonnieWahlberg hmmm are you on the masked dancer???? #zebra #MaskedDancer

Fans are also running wild on the internet with their guesses, backing Brian Austin Green as much as possible. “I guarantee you that the zebra is none other than Ricky martin #TheMaskedDancer,” wrote a user on Twitter. “I watched 4 seconds of the masked dancer and I can already tell you that the zebra is Ricky Martin,” another tweet stated. However, a few people also speculate Donnie Wahlberg, one of the founding members of the boy band New Kids on the Block, to be the man beneath Zebra’s mask.

Read More: Who Is Cotton Candy on The Masked Dancer?