Who Is Cricket On The Masked Dancer? 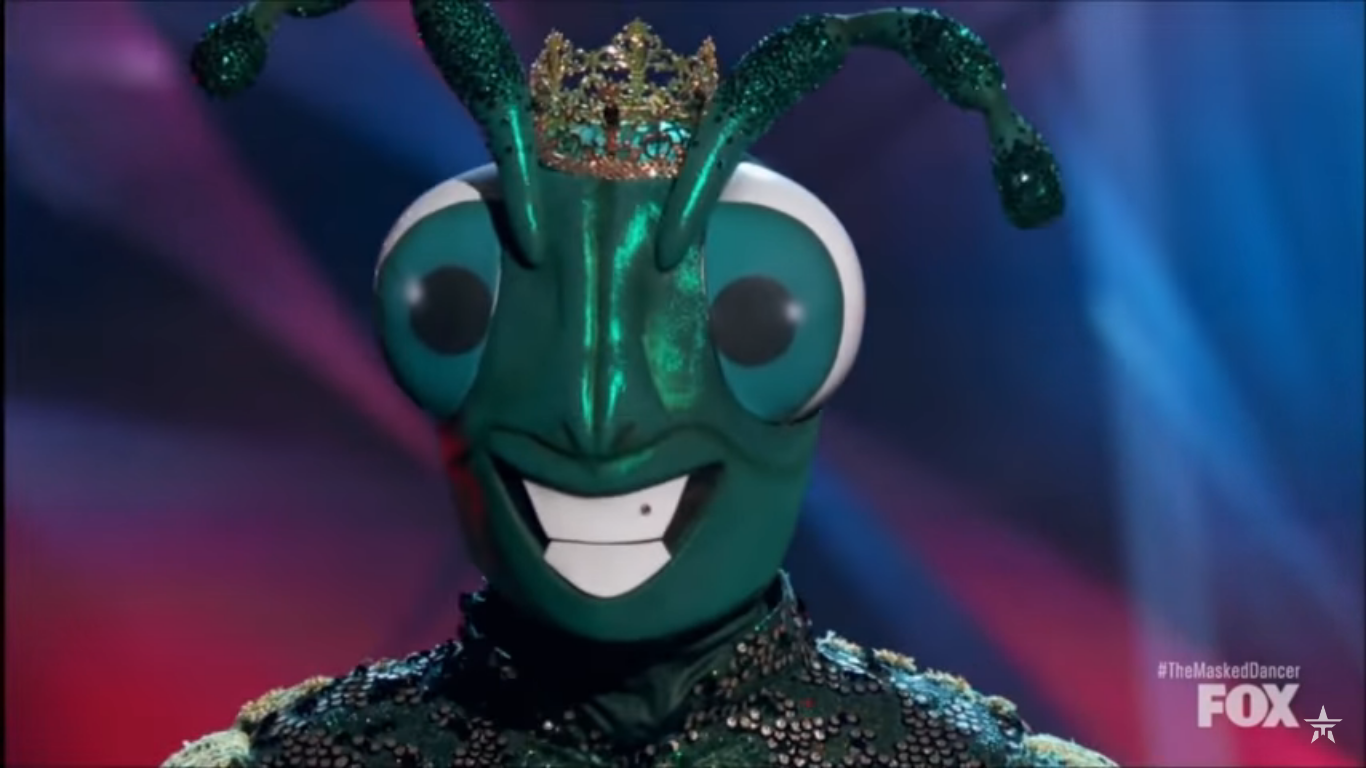 Don’t you love a show which not only lets you tap your feet along with colorful dance performances but also tickles your brain cells because of clues about the performer’s identity? ‘The Masked Singer’ spin-off, ‘The Masked Dancer,’ allows you to do precisely that, and honestly, we are here for it. With its first episode hitting the screens on December 27, 2020, we are already enthralled by the hints and clues pointing towards the identities of celebrities behind those vivid and eye-catching get-ups. And now, we are sure you are curious about the identity of Cricket but worry not because we might just have the answers for you.

With a rather peculiar but interesting choice of a dark green costume covering his “exoskeleton,” donned with yellow and light green sleeves, Cricket had already grabbed the attention of the judges before the clue package dropped. The first line of Cricket’s clue package, “Honestly, I never thought I would do a show like this. Me, Cricket, dancing? No way,” had the judges and us guessing Cricket is not a professional dancer.

“But I’ve always bet on myself. I had to give it a try. I’ve been pretty lucky in life. But when it came to love, it always felt like I was getting punked. I needed support, a foundation to stand on,” he went on. He also referred to his current love life, defining it as a jackpot, and he called himself a part of the “ultimate power couple.”  He called his partner his rock and himself, her apprentice. Besides, the clue package showed different visual clues, which included a grand prize worth 90,210,000, a jackpot on the slot machine, four aces, and Las Vegas.

Moreover, the judges also noted that Cricket has an athletic figure during a very fun and light-hearted performance on “Jump (For My Love)” by The Pointer Sisters. Following the performance and going by the show’s format, Cricket spoke one word in his unmodulated voice in a segment called “Word Up!” The word was “accomplished.” The judges noted the characteristics of Cricket’s voice as soon as he spoke. While Ashley Tisdale said he sounded older, Paula Abdul was more intrigued by the smooth quality of Cricket’s voice.

Cricket’s upbeat and energy-filled performance was welcomed with a trail of praises from the judges. “You got moves!” Ashley commented, and Ken Jeong described how he had laughed and giggled throughout the “fun and entertaining” act. After the ‘Word Up!’ segment, Ken Jeong also took notice of how Cricket remained committed to the role he is playing. Ken Jeong’s guess was that Cricket could be a comedic actor, further stating that it might be Ryan Reynolds, who has played the character of Green Lantern.

Brian’s guesses initially included Jim Carrey, but he was later inspired by a clue pointing towards a show he starred in: ‘90210.’ He remembered a familiar face that had performed with Chippendales in Las Vegas, Ian Ziering. Brian went on to describe Ziering’s charmingly toothy smile, which is exactly what Cricket’s smile had reminded him of. For Ashley, the clue about Las Vegas spoke to her the most, and her guess about Cricket’s identity was Ashton Kutcher. 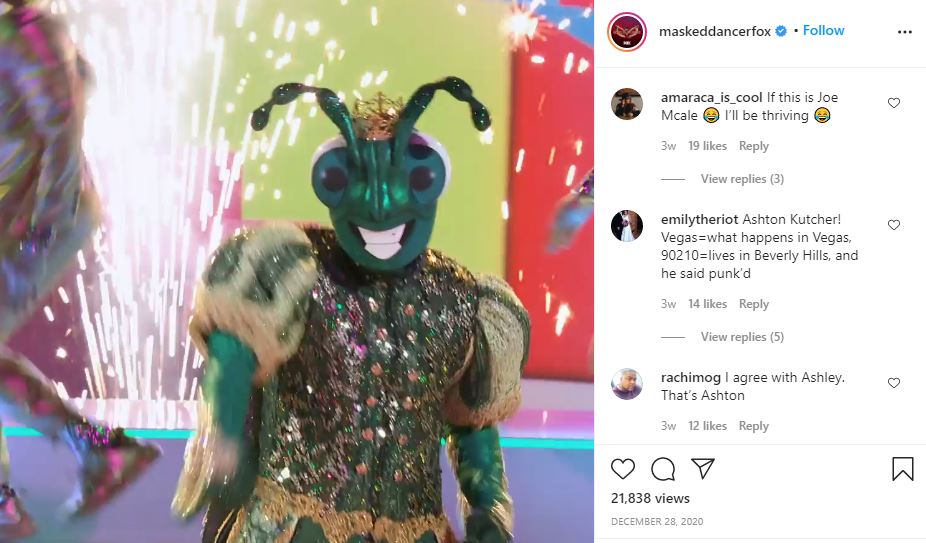 She recalled Ashton Kutcher’s movie ‘What Happens in Vegas’ with Cameron Diaz. Additionally, she said that Kutcher is currently in a relationship with Mila Kunis, making them the power couple from the clue package. Besides, Cricket’s clues also had the word “punked,” which caught both Ken’s and Ashley’s ears and was a probable reference to Ashton Kutcher’s hidden camera practical joke reality show by the name of ‘Punk’d.’ The plethora of clues and the judges’ guesses have the audience torn between the two most popular contenders: Ian Ziering and Ashton Kutcher.

If you ask us, we are leaning more towards Ashton Kutcher, not just because of the clues hinted at by the judges, but also because he is amongst one of the celebrities who lives in Beverly Hills, and its main zip code is 90210. He launched a NY-based digital media company called A Plus, which could be a connection to the four ace cards shown in the clues. Now, all we can do is wait patiently to find out Cricket’s real identity, either in the elimination or in the finale.

Read More: Who Is Hammerhead on The Masked Dancer?