Who Is Cricket on The Masked Dancer? 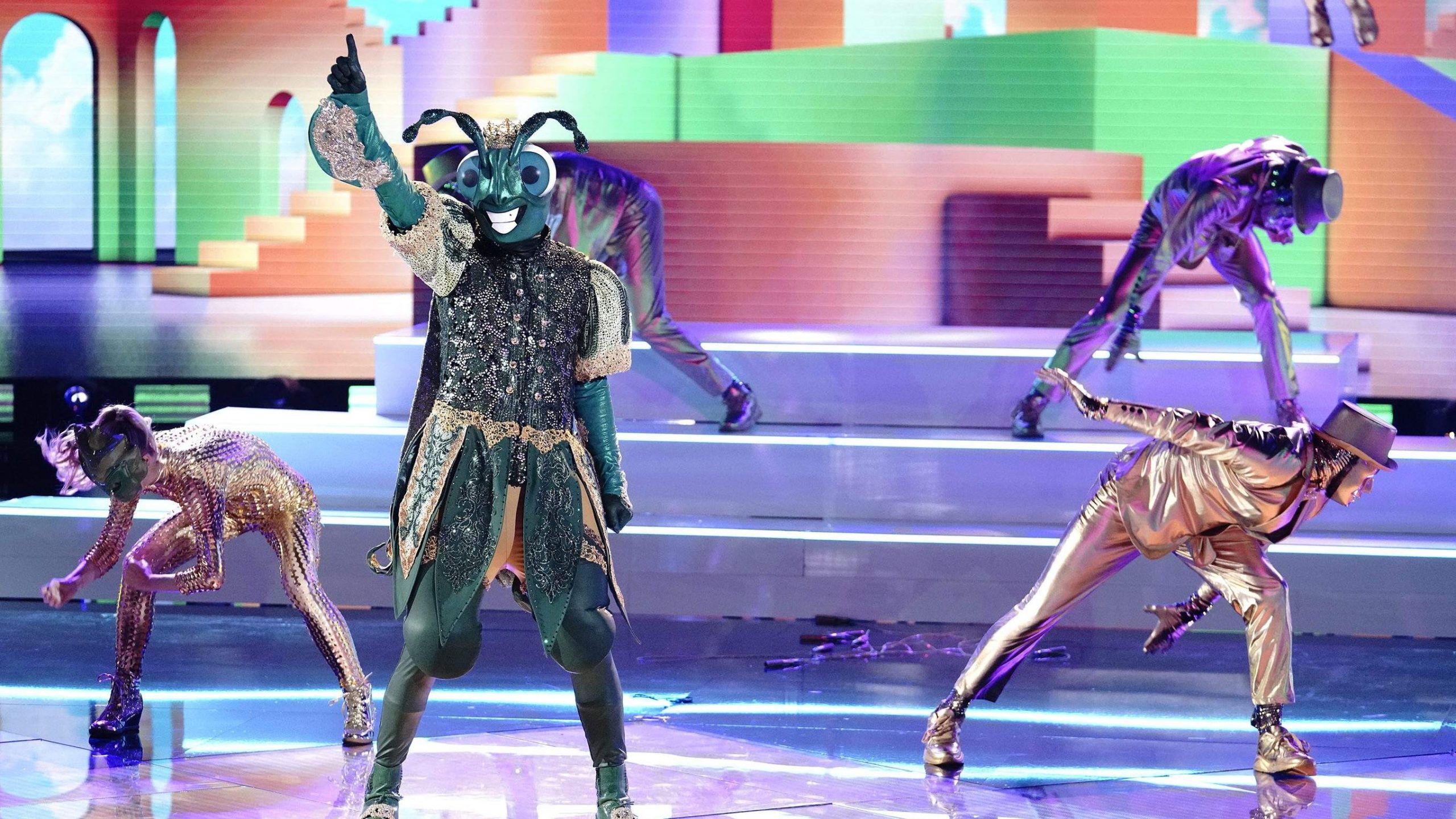 Season 1 of ‘The Masked Dancer‘ on Fox has just started airing, and honestly, it already has us entrapped with its top-secret competition ways. Celebrities dressed in elaborate costumes from head to toe and shaking their tail on stage for us and a panel of judges to guess their real identities, what more could we possibly want? Naturally, even though we’ve only seen a single episode up until now, we’re already curious to learn all about the real faces beneath the masks. And if you’re the same, well, we’ve got you covered with the clues and guesses about who Cricket could be, right here.

According to Fox, the combination of all the unidentified celebrities and their accomplishments make a truly top-tier resume. “Between all of the celebrity dancers,” Fox teases, “they’ve amassed more than 38 million albums sold worldwide, 20 Emmy Award wins, 20 Grammy Award nominations, 10 World Dancing titles, five New York Times Best-Selling Author titles, four Olympic gold medals and three Broadway show appearances.” And Cricket, with his inclusion, seems to be responsible for at least a handful of them.

When Cricket took to the stage, the very first thing that we, and the panelists, noted was his impressive height, leading all of us to wonder if he could be a basketball player or maybe even a famous comedian. After all, his physique, from what we could tell, is otherwise a bit lean. Furthermore, in the voiceover clue package, Cricket said, “Honestly, I never thought I would do a show like this. Me, Cricket, dancing? No way,” suggesting that he is not a professional dancer. Cricket then added, “When it came to love, I always felt like I was getting punked…But then…I hit the jackpot.”

Alluding to his partner frequently, Cricket also claimed that he is now a part of the “ultimate power couple,” and that, in their relationship, while she became the rock, he remained to be the apprentice, learning the art of balance from his love. Then, of course, Cricket’s Word Up clue, “accomplished,” for which his voice modulator was turned off, led the panelists to believe that he was a bit older. They even noted that the celebrity had a hint of a well-known comedic actor in his voice, which drove them to make their guesses.

The most famous guess for who is wearing the mask of Cricket is Ashton Kutcher. After Cricket danced to ‘Jump (For My Love)’ by the Pointer Sisters, Brian Austin Green said he thinks Cricket is Ian Ziering, explaining that the star performed as a Chippendale in Las Vegas, which was briefly remarked in Cricket’s visual clues. The other guesses from Paula Abdul and Ken Jeong included Ryan Reynolds and Jim Carrey. But it was Ashley Tisdale who thought Cricket to be Ashton Kutcher.

The actress revealed that the word “punked” in Cricket’s clue could be a reference to the Ashton Kutcher hosted series ‘Punk’d’ and that the Las Vegas mention could purely be an allusion to his hit movie ‘What Happens in Vegas.’ Ashley Tisdale then added that Cricket’s current partner, whom he so heavily relied upon in his clue, could be Ashton Kutcher’s wife, Mila Kunis, whom he met after suffering a few very public heartbreaks. And we have to say that we are drifting towards the same guess as well.

Read More: Who Is Hammerhead on The Masked Dancer?