Who Is Voleth Meir or Deathless Mother in The Witcher? What Does She Want from Ciri? 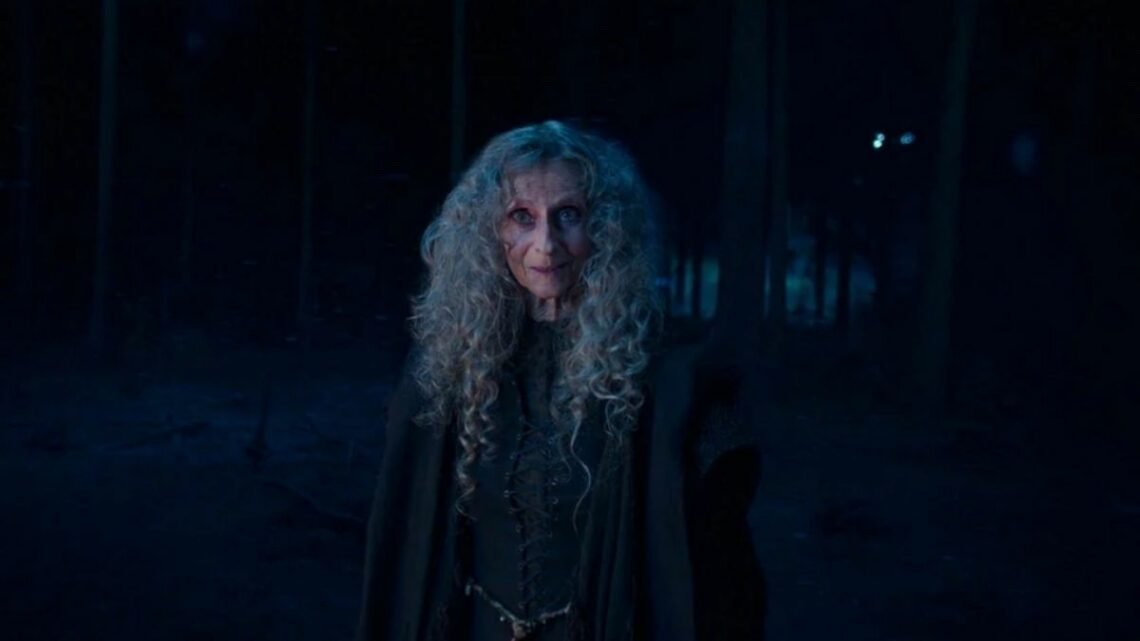 In its second season, ‘Netflix’s ‘The Witcher’ adapts ‘Blood of Elves,’ the first novel of Polish author Andrzej Sapkowski’s ‘Witcher Saga.’ As a result, the story stays focused on the overarching storyline. As the season progresses, it starts to emerge that the seasonal antagonist is a monster, and a unique one at that. This makes sense when you consider that the sophomore season fleshes out the universe and explores in detail what it is meant to be a witcher, building upon the foundation laid down by the prequel animated film ‘The Witcher: Nightmare of the Wolf.’

Deathless Mother (Ania Marson) makes her first appearance in ‘Kaer Morhen’ (season 2 episode 2), offering three different deals to three different women: Fringilla Vigo (Mimî M. Khayisa), Francesca Findabair (Mecia Simson), and Yennefer of Vengerberg (Anya Chalotra). It quickly becomes apparent that her intentions are not as benevolent as at least two of the aforementioned women think. Like the rest of the continent, she is interested in Ciri. Here is everything you need to know about it. SPOILERS AHEAD.

Who Is Voleth Meir or Deathless Mother in The Witcher?

After Yennefer and Fringilla get captured by the elves, the former realizes that they are having a shared dream along with Francesca, the Elven mage. In these dreams, they all see a robed figure, though the color of the robes is different for each of them. For Yennefer, it’s red; for Francesca, it’s white, and for Fringilla, it’s black. Francesca thinks that Ithlinne, a great Elven oracle, is behind the robe, while Fringilla believes that it’s the White Flame, the Nilfgaardian emperor. Yennefer sees a young girl named Violet, who she later tells Geralt is a “f***ed up” version of her.

After Francesca learns about the dreams, she takes the other two women inside the shrine built to honor their prophets. There, traversing through the tunnel under the altar, they reach a hut in the middle of the woods. The hut seems to have no window or door, but when Francesca utters the following incantation, the entire house turns, and the light from the window engulfs them. “Behold the mother of forests, the deathless mother, nesting in dreams. Turn your back to the forest, hut, hut. Turn your front to me, hut, hut.”

The three women meet whom they believe they saw in their dreams, and all of them realize that they are not what they appear to be. Ultimately, it doesn’t matter to either Francesca or Fringilla. The former is the leader of a race on the verge of extinction, while the latter lost a war for her country. They agree to do what the Deathless Mother asks of them and collaborate. Meanwhile, Yennefer, justifiably skeptical, refuses what the entity offers, even when she finds out that she has lost her connection to Chaos. After they exit, Fringilla takes the elves to Cintra, forming an alliance with them on behalf of the Nilfgaardian Empire. 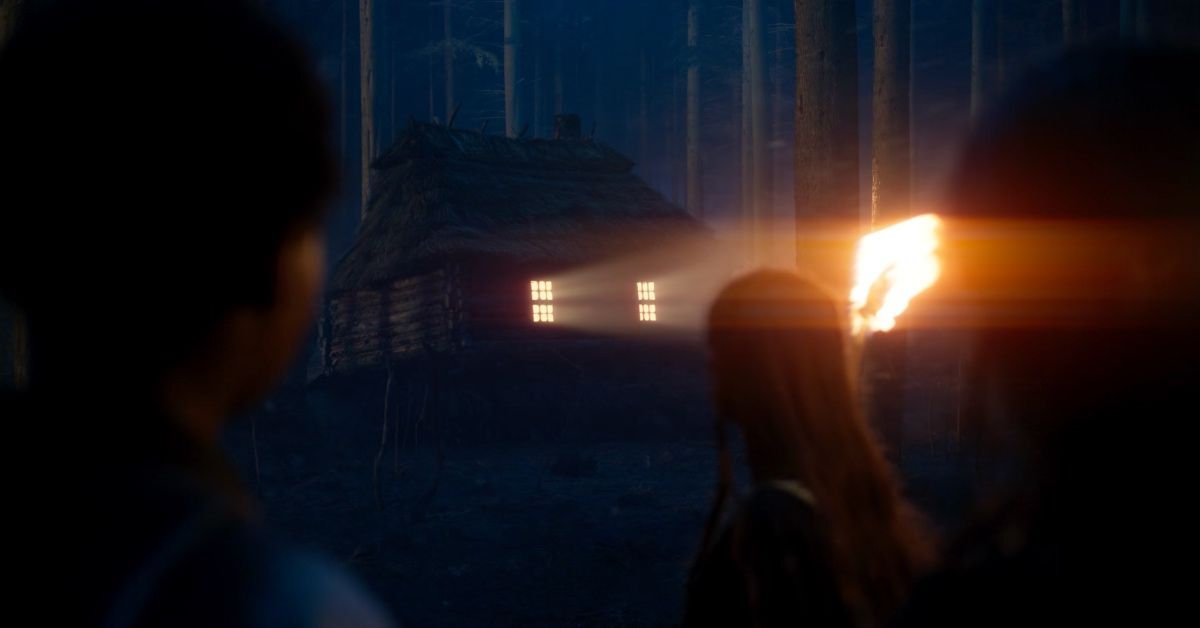 Initially, things go well for the two women who agreed to take the deal. Francesca gives birth to the first full-blooded Elven child in decades. Meanwhile, Yennefer continues to be tempted by the voice of the Deathless Mother in her head and betrays Geralt by taking Ciri from him. However, she ultimately realizes that certain things are more important than powers and refuses to follow the entity’s instructions. But by then, Francesca’s baby has been killed. The Deathless Mother feeds on her pain and hate and gets freed.

It is revealed that the Deathless Mother is actually a demon named Voleth Meir. Demons are believed to be rare or even extinct in the world of ‘The Witcher’ TV series. Voleth is from another world. She was imprisoned in her hut by the first witchers. She was supposed to remain there for eternity. But she seemingly has the power to reach out to desperate people and make them do her bidding. She feeds on misery, pain, and hatred of humans and other races. Because of Francesca’s insurmountable grief and hatred toward humans after losing her son, Voleth breaks out of her prison.

While Voleth seems to be a show-original character who appears in neither the books nor the games, it’s possible that she is a composite, made up of a few characters who do appear in the game, including Master Mirror or the Man of Glass or Gaunter O’Dimm and the three Crones.

What Does Voleth Meir or Deathless Mother Want from Ciri?

Originally from a different world, Voleth has been in the witcher-world since the cataclysmic event known as the Conjunction of the Spheres. She had been asleep since the first witchers imprisoned her. However, when Ciri broke the first monolith, it woke her up from her slumber. Because of Ciri’s Elder Blood, Voleth comes to believe that she can get home by using the princess. She possesses Ciri and traps the young princess’ consciousness in a vision where everyone in her family is alive. Taking control of Ciri’s mind and body, Voleth then splinters open the medallion tree to reveal a monolith inside. She shatters it, turning it into a portal and calling forth monsters from other worlds. 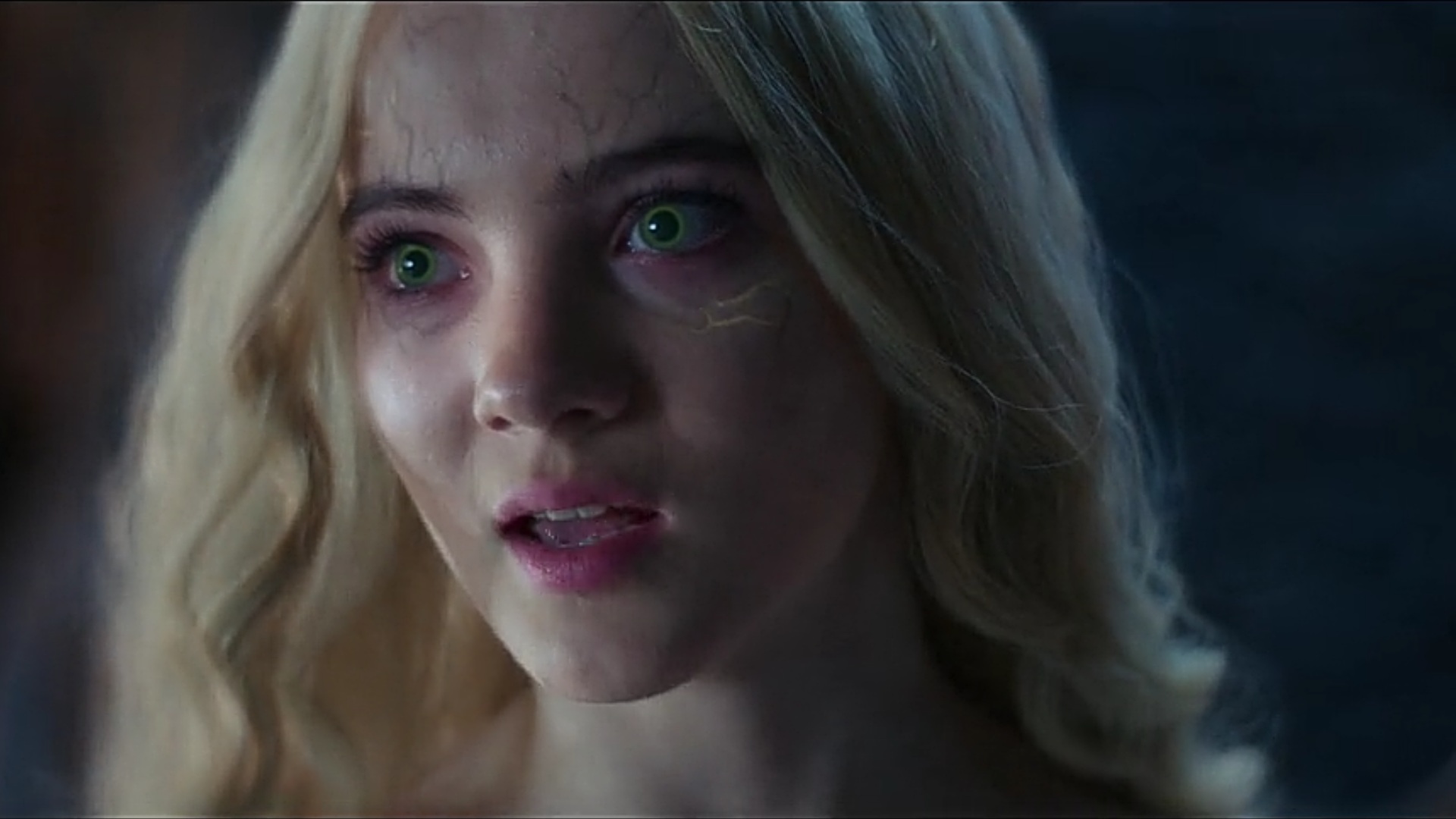 Geralt and the other witchers defeat her by refusing to feed her their hate and pain. Ciri chooses to return to reality, while Yennefer sacrifices herself by forcing Voleth to possess her. Ciri then opens a portal to send Voleth back to where she came from. The three protagonists are then transported to another sphere, where they witness the approach of the Wild Hunt. Voleth leaves Yennefer’s body and joins the Hunt, fulfilling what she set out to do. As the Wild Hunt approaches, its leader, Eredin Bréacc Glas, tells Ciri that her place is among them. However, the Cintran princess teleports herself back to her own world with Geralt and Yennefer.

Read More: Who is the White Flame in The Witcher?