Who is Jellyfish on The Masked Singer? 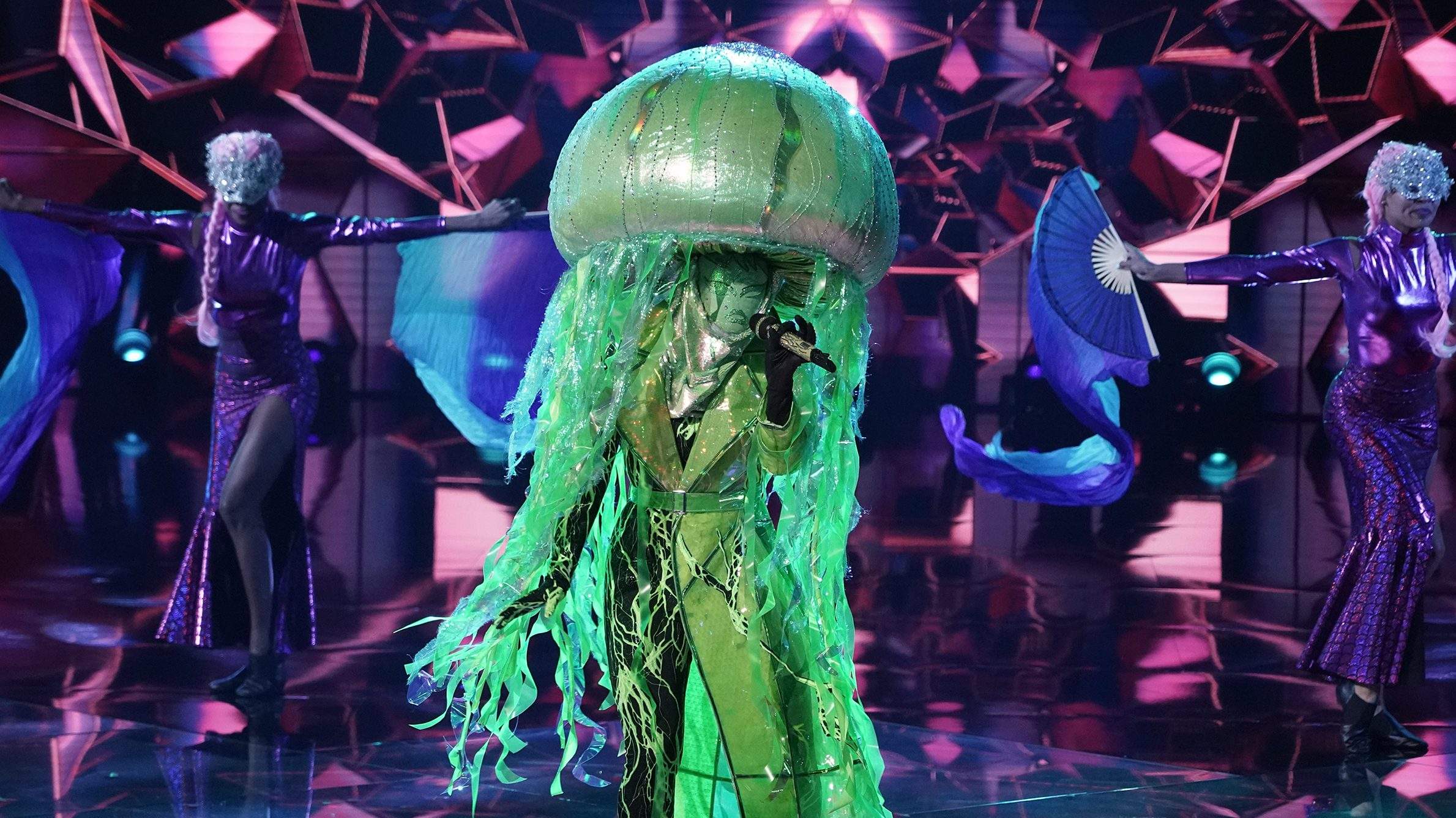 Jellyfish is one funky character who has graced ‘The Masked Singer’ stage. When that hip green outfit premiered in the fifth episode, we couldn’t help but wonder: who the person behind the mask is? After all, isn’t this intrigue arguably the most fun aspect of the singing competition? So, we put on our detective hats and snooped around for some pertinent information. In this article, we put forth the evidence for our hypothesis about Jellyfish’s real identity.

From the get-go, an aquatic theme is sustained in the clues video. A book called ‘The Little(ish) Jellyfish’ appears, following which she states that she reigned supreme in an underwater kingdom once upon a time. After traveling everywhere, her “castle” started to feel like a gilded cage. So she changed her life’s trajectory and is now a free person. This is when we see a neon “Glowjella” appear on the screen. White and red Japanese fans were also visual motifs. A tiara, an angelfish, and lyrics from Billie Eilish’s ‘Rough Guy’ are also seen in the video.

Initially, we were getting a strong ‘Black-ish’ vibe from Jellyfish; Tracee Ellis Ross even seemed to fit the bill. After all, her mother was the ex-Supreme, Diana Ross. Due to this, the acclaimed actress already knew many in the entertainment industry at a younger age. Moreover, she even stated in an interview that her mother was always supportive of her.

Plus, there’s the fact that she is playing a singer (much like her dear mum) in the movie ‘The High Note.’ So we know that Tracee can definitely sing. On the other hand, Billie Eilish also seemed like a potential candidate, but then we felt as though this was too obvious an option. A more likely nominee is actually the retired American artistic gymnast, McKayla Maroney. She became a very famous meme in 2012 because of a photo where she has a “not impressed” expression on her face.

She took home the gold at the 2011 World Artistic Gymnastics Championships. They were hosted in Tokyo and so the Japanese flags could be referencing this achievement of hers. Plus, we all know that professional athletes tend to travel quite a bit for competitions, which could be the “coast to coast” movement that she is talking about.

But the more compelling piece of evidence is the fact that McKayla Maroney has changed her career, and in March of 2020, she released her first single called ‘Wake Up Call.’ The athlete has also been spotted at Coachella before. She clearly has a passion for music, and in an interview with TMZSports, McKayla stated that she has always loved songwriting from a young age. Plus, she could be the Olympic gold medalist on ‘The Masked Singer’ roster. Although we won’t know for sure who Jellyfish is until she is unmasked, we believe that McKayla Maroney is the best bet.

Read More: Who is Squiggly Monster on The Masked Singer?