Who is KingPun in Crush? [Spoiler] 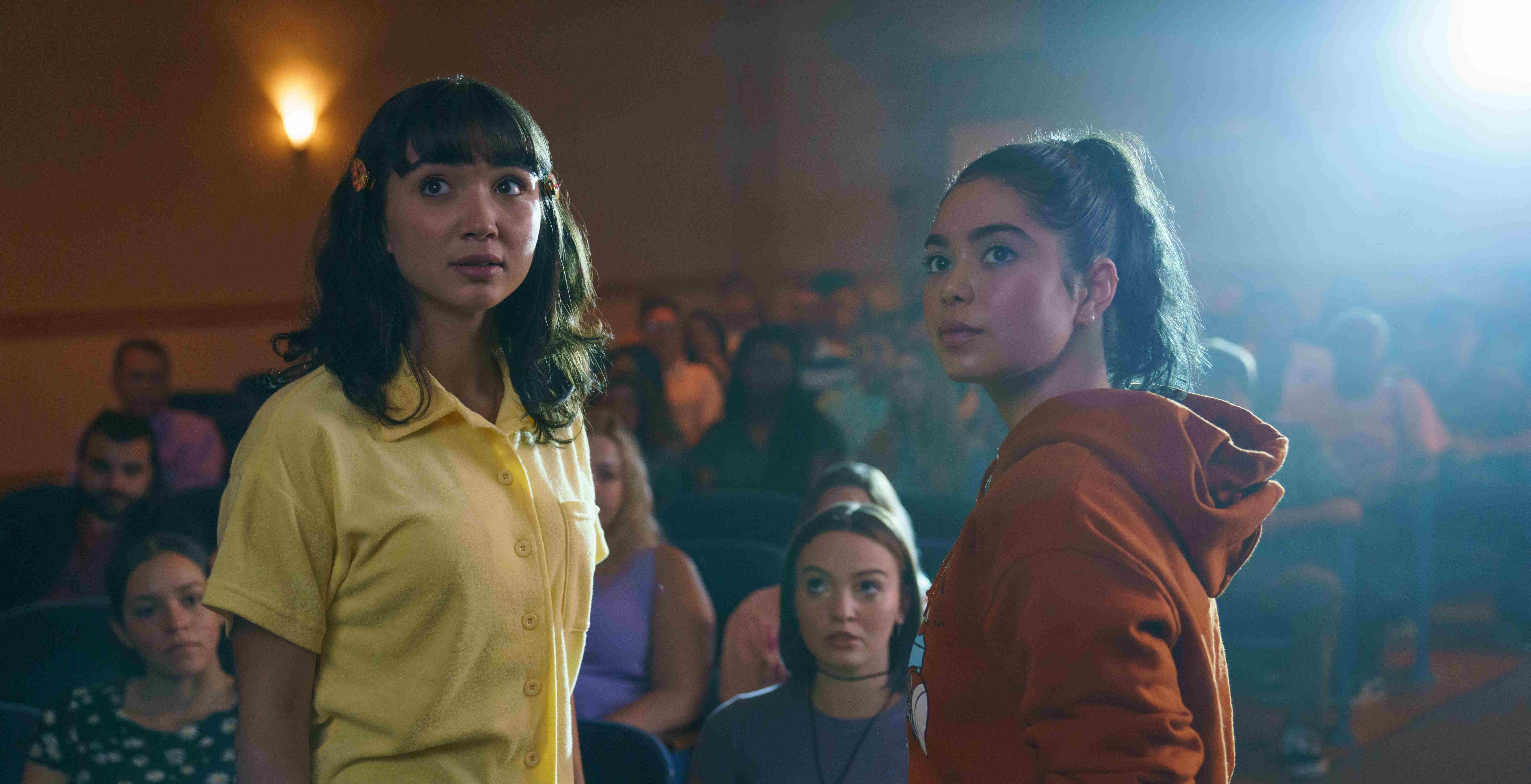 Sammi Cohen’s directorial venture ‘Crush’ is a heartwarming romantic comedy movie on Hulu. It revolves around Paige, a lesbian teenager who joins her school’s track team to impress her childhood crush Gabriela. However, soon she finds herself unexpectedly getting attracted to her twin sister AJ. While the confused girl struggles to sort out the mess in her love life, she has another problem to tackle that threatens her dream of being an artist.

Paige is forced by the school authorities to identify and catch KingPun, a brilliant muralist who anonymously paints humorous graffiti art all over the premises. Pressured from all ends, she begins her investigation but what she discovers is beyond her wildest imagination. Curious to know who KingPun really is? Let’s find out together! SPOILERS AHEAD.

Paige’s only concerns regarding her high school life are to woo Gabriela AKA Gabi Campos, her longtime love interest, and to get into Cal Art School’s prestigious summer program. Luckily, she manages to take a step toward her first goal by agreeing to try out for the school track team that Gabi leads. But her other dream of being an artist gets jeopardized when she is accused of being KingPun by her teachers Principal Collins and Coach Murray. 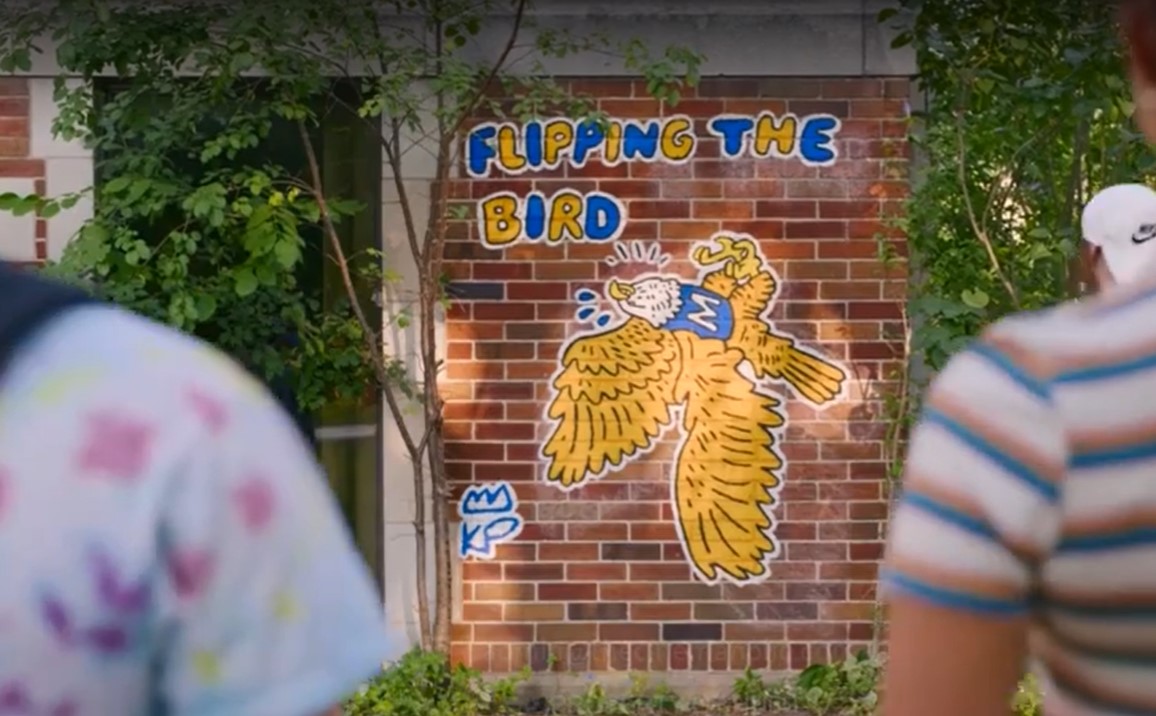 Though Paige enjoys KingPun’s humorous artwork, she outrightly refuses the allegations and expresses her own intrigue to find out who the talented artist is. Hence, Principal Collins gives her an ultimatum to find who he/she is before the term ends or get suspended for vandalizing school property as KingPun. As Paige somehow manages to get selected for the track team as AJ’s protégé, she decides to attend her friend Stacey’s party to start her investigation.

There, Paige convinces AJ to help her find KingPun and clear her name and they start selecting the potential suspects in their class. As per their observations, they are able to single out Chantal, a lesbian student who practices strange Wiccan rituals, and Tim, a boy who constantly teases Paige about her being KingPun. Later, both girls find the artist’s abandoned diary near their track field and are happy to have acquired such crucial evidence.

Paige then plans to stage a stakeout at school during the night, wherein she would ask KingPun on social media to come and collect their diary, nabbing them red-handed in the process. She and her friends set everything as planned, but she gets distracted by Gabi and ends up missing the person who arrives. However, seeing his/her car, the group deduces that Tim is their culprit and decides to confront him later. To their surprise, they find out that he had only come to attend the Renaissance Club meeting at that time, and he is not KingPun.

Unable to find any more leads, Paige starts getting worried about being suspended and gives up. Meanwhile, her love life also becomes turbulent as she realizes that she has fallen in love with AJ, despite Gabi starting to finally like her. Things come to a turning point when Gabi publicly blurts out at the regional sports meet that she and Paige had kissed before. Hearing this, AJ feels betrayed by her own sister and Paige, whom she has feelings for.

Angrily, AJ discloses that she is KingPun and that she hid her identity to avoid her parents’ disappointment, as they don’t support her artistic ambitions. Paige realizes that she is indeed telling the truth, as the two primarily bonded over their common love for art, and AJ had shared about her family troubles as well. Regardless of knowing everything, Paige decides against informing the principal to save her from suspension. In the meantime, AJ refuses to forgive her and Gabi despite their multiple apologies.

Later, Paige goes through KingPun’s diary and concludes that her artwork was AJ’s way of communicating with her. Determined to seek her forgiveness, she goes to Principal Collins and takes the blame on herself for being KingPun, only to discover that AJ has already confessed and gotten suspended. Heartbroken for the girl she has come to love so deeply, Paige seeks Gabi’s help to win over her sister once again. On the day the class election results are to be announced, Gabi escorts AJ back to the school premises.

There, Paige sets up multiple posters with comical artwork that resembles KingPun’s murals to apologize to AJ. Just then, the results come in and their close friend Stacey is appointed as the class president. As her first initiative, she cleverly manipulates Principal Collins into validating KingPun’s murals and therefore canceling AJ’s suspension. Following this, Paige too, reveals a grand mural she has created for her art school application that symbolizes all the important moments in her and AJ’s relationship. Touched by this declaration of love, the latter finally forgives her and they reconcile with each other.