Is Crush Based on a True Story? 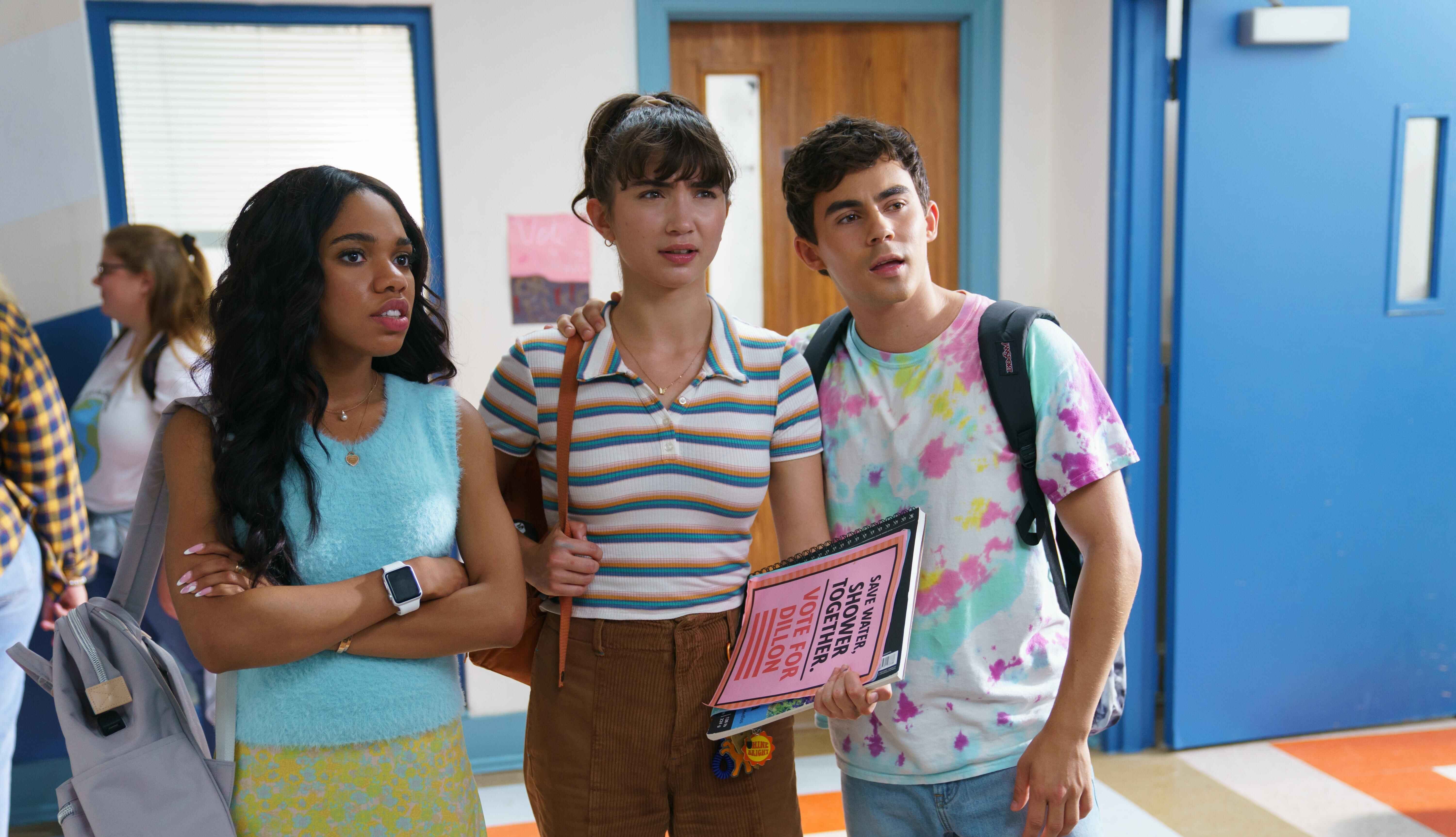 Directed by Sammi Cohen, ‘Crush’ is a teenage romantic comedy movie on Hulu. It follows Paige, an awkward lesbian high schooler who dreams of getting accepted into the Cal Art School summer program. To impress her long-time crush Gabriela, she joins the school track team despite being a poor athlete. However, soon Paige starts bonding with her teammate and Gabriela’s twin sister AJ and realizes that they have more in common with each other.

Caught in a huge dilemma, Paige must now choose between her eternal infatuation for Gabriela and her unexpected love for AJ before someone gets hurt. A funny yet realistic depiction of teenage relationships, ‘Crush’ makes the audience relive the bittersweet phase of adolescence and first love with its quirky characters and simple narrative. Now, if you are wondering if the movie is inspired by real incidents, we have got you covered. Let’s dive in!

Is Crush a True Story?

No, ‘Crush’ is not based on a true story. It is adapted from a well-rounded script by Kirsten King and Casey Rackham and touches upon real-life human experiences like falling in love, teenage life, parental pressure, single parenthood, and getting acquainted with one’s sexuality. The protagonist Paige has a highly supportive mom who has raised her all by herself and encourages her daughter to have honest conversations about her sexuality and internal conflicts. Moreover, she pushes her to socialize and enjoy her high school life.

On the other hand, AJ struggles to share her passion for art with her father as he forces her to focus only on her academics and athletics record. She discloses to Paige that her parents wish for her to anyhow earn a scholarship to a top-level college and believe that being an artist leads to financial instability. Afraid to disappoint them, AJ hides her talent and also shares a strained relationship with her twin sister Gabriela. Furthermore, she is also scarred by how their parents had been less supportive when she came out as bisexual and accepted Gabriela more openly when she came out as a lesbian.

Thus, AJ becomes a reclusive person and hesitates to open up to people about her dreams and hopes. This theme in the movie indicates the importance of the transparency and supportiveness that children need from parents, especially during their teenage years when they undergo several physical, emotional, and spiritual transitions. Moreover, children from the LGBTQ+ community often struggle sharing about their sexuality with their peers and family out of fear of ostracization.

As per curated data, 90% of the teens prefer to come out to their friends than family, and 80% of gay and lesbian youth feel severely isolated socially. Hence, it is the responsibility of the schools and parents to create a safe and accepting environment for children to communicate their needs, and the movie aptly propagates that. Primarily, ‘Crush’ is a coming-of-age love story about teenagers belonging to the LGBTQ+ community. Several other movies, such as ‘The Half of It,’ ‘Love, Simon,’ and ‘Dating Amber,’ explore similar facets of young adult romances.

Not just that, actors Auli’i Cravalho and Rowan Blanchard, who essay AJ and Paige, identify as bisexual and queer in real life, respectively. In an interview, Auli’i shared that she finds the movie groundbreaking in terms of depicting LGBTQ+ teenagers in a realistic yet humorous way. She added that what is depicted in the media and in cinema deeply impacts how people are treated in reality, and thus, the diversity and inclusivity depicted in ‘Crush’ is extremely relevant. The actress further hopes that the audience feels the same sentiments when they watch the movie.

As part of her preparation for AJ, Auli’i took skateboarding lessons and did rigorous running practice, as the character is a stellar athlete. Furthermore, she felt connected to AJ’s penchant for perfectionism and enjoyed getting out of her comfort zone to play the character on-screen. Hence, we can reaffirm that even though ‘Crush’ is purely a work of fiction, it heavily draws from real life to create a relatable and enjoyable narrative that spreads a positive message.

Read More: Where Was Crush Filmed?