Who is Maya in FTWD? Where is Marco?

The thirteenth episode of AMC’s post-apocalyptic series ‘Fear the Walking Dead’ season 7 begins with Dwight and Sherry encountering a stranger in the woods, chased by walkers. Even though a radioactive walker closes in on her, despite Sherry’s attempts to save her, Dwight arrives in the woods to kill the dead. Surprised to see a stranger without any safety gear, the couple asks her who she is. The stranger replies that she is Maya, who is traveling to the Tower to find her son Marco. If you want to know more about the mysterious character, let us share our thoughts! SPOILERS AHEAD.

Maya encounters Dwight and Sherry after traveling on a boat for an unknown number of days. She doesn’t reveal the place she lives in but it is evident that it is a radiation-free region. The absence of protective gears in Maya helps the couple to realize that she is not from any nearby locality. Maya has listened to Strand’s invitation to join his community and is going to the Tower in search of her son Marco, who has mysteriously vanished from his and Maya’s tent. Upon listening to Strand’s words, Maya thinks that her son can be in the Tower. 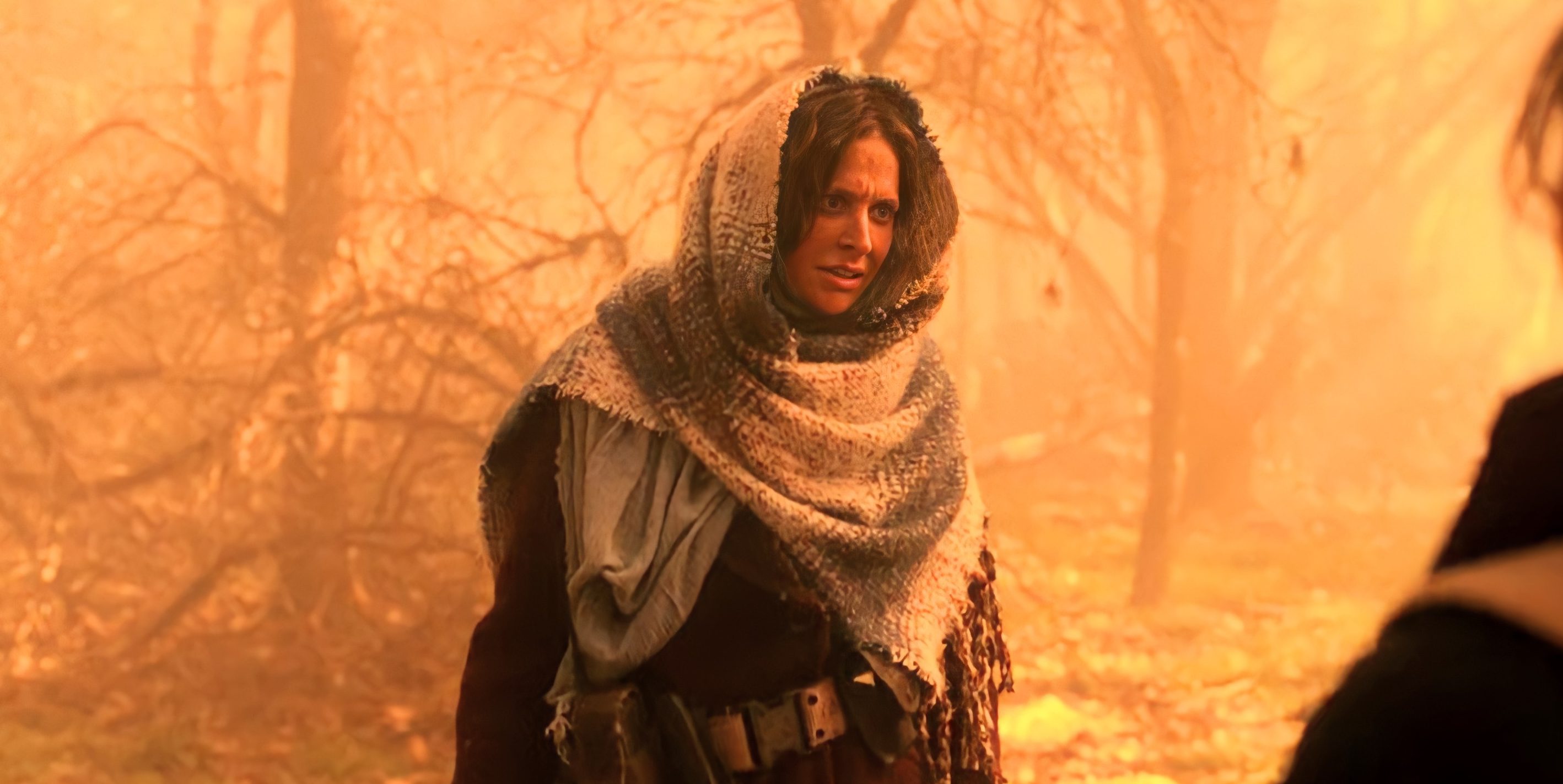 Dwight leads Maya to the Tower, thinking that the establishment is safer for her as a mother of a kid. Even though he is going to wage a war against Strand, Dwight knows that Maya may survive in Strand’s haven for the sake of her missing son. Maya’s arrival also reveals that there is a radiation-free region for Morgan to keep Baby Mo safe. When he comes to know that the submarine is exposed to radiation, he leaves for Maya’s unknown original location. If he succeeds in finding the same, Maya indirectly will save Baby Mo’s life.

The radiation-free region Maya comes from can even be the original PADRE. Her reaction to the radioactive walkers and radiation exposure indicates that her region wasn’t even affected by the nuclear blast, like PADRE. If that’s the case, Maya may turn out to be an important character in the rest of the season 7 episodes. If Strand manages to know more about Maya’s region from her, his ambitions may make him consider leaving for the place to conquer it. With Alicia on his heels, the tyrant of the Tower may consider moving his community from the building to Maya’s region.

The existence of Maya shows that life is surviving better in other places when compared to the locality of the Tower. She is a personification of hope as Morgan and his allies believe that her original location will give Baby Mo a good chance to survive.

Marco’s whereabouts are unknown. Maya’s son has vanished from his and his mother’s tent a few months before Maya encounters Dwight and Sherry. The only significant detail Maya knows about her son’s missing is that the dead aren’t responsible for Marco’s disappearance. As per Maya, she would have gotten hurt by the walkers if they found Marco in the same tent she was sleeping. When Strand communicates with the survivors living outside the Tower, Maya listens to the same and considers whether her son is in the establishment.

If not the walkers, Marco is likely abducted by someone. Since Maya hasn’t found her son’s dead body even after multiple months, he may haven’t died in their region due to natural causes. Otherwise, Marco may have come to know about Strand’s Tower and the facilities in the establishment to leave for the same, without informing Maya, possibly fearing her resistance.