Who is Monica Aldama’s Husband? Does She Have Kids? 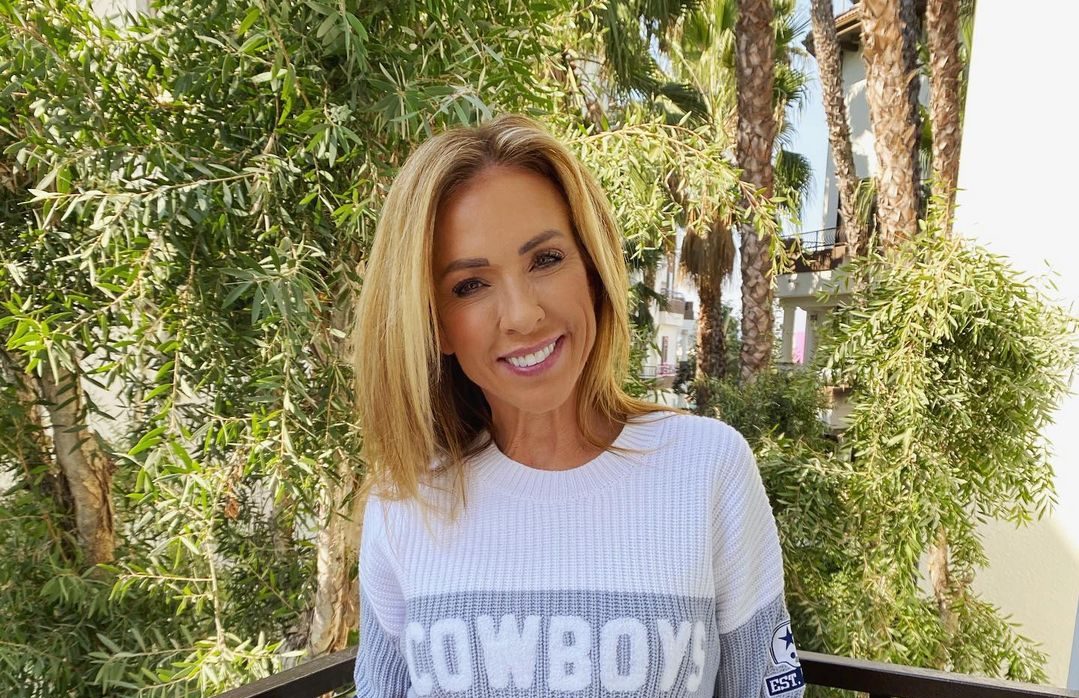 Monica Aldama is a cheerleading coach and TV personality, best known for the Netflix docuseries ‘Cheer,’ which chronicles the struggles and dynamics of the 2019 Navarro College coed cheerleading team. Born on February 9, 1972, she moved with her family from Alabama to Corsicana, Texas, at age six. Monica graduated from the Corsicana High School and subsequently joined the cheerleading squad at Tyler Junior College. She obtained a B.B.A. degree in Finance from the University of Texas at Austin and a Master of Business Administration degree from the University of Texas at Tyler.

Monica began coaching the cheer team of the Navarro College Bulldogs in 1995. Under her guidance, the squads have won 14 NCA National Championships in their division since 2000. Apart from taking the Navarro College cheer team to high levels of excellence, Monica has also appeared on ‘The Ellen DeGeneres Show,’ Oprah’s live tour, as well as ‘Dancing with the Stars’ season 29. Fans are often curious to know about the dynamic coach’s family and daily life. Here is everything we can tell you about it.

Monica Aldama has been married to Chris Aldama for almost 30 years, since before she became the head coach of the Navarro Bulldogs cheer team. Monica and Chris met in middle school, and after dating through school years, they got married in January 1994. Chris graduated from Southwest Texas State University with a Bachelor’s degree in Criminal Justice. He first worked as the Chief Officer at the Ellis County Juvenile Services from 1994 to 2009.

Presently, he has been working at the Community Supervision and Corrections Department of Navarro County since February 2009. Chris is also an accomplished guitarist who plays in the band Courtney Prater and The Sidetracks. Monica and Chris had married quite young, and eventually, with the arrival of responsibilities, things became a bit challenging for the couple. They hit a rather rough patch in 2006 and even got divorced briefly. However, they were able to reconcile their differences and remarried a year later.

In her 2022 book ‘Full Out: Lessons in Life and Leadership from America’s Favorite Coach,’ Monica stated, “Having babies can be one of the hardest times of your life. You don’t sleep. You worry. I was working a lot while we were trying to raise these young children. And our marriage suffered.” In October 2020, Monica even dedicated a dance performance on ‘Dancing with the Stars’ season 29 to Chris, opening up about the turbulent time they faced.

Further, in a post-show interview, Monica said that though it was the darkest time of her life, it also made them realize that they are soulmates and helped their marriage flourish. Not only did they manage to co-parent their children efficiently, but they also got ample time to work on themselves and grow individually.

After Monica and Chris got back together, they became each other’s biggest support systems. Chris helps take care of the house when Monica is away for work and shoots and also helps her deal with the repercussions of fame. Monica has benefitted from her husband’s advice of not taking negative comments online too seriously. Despite hardships, the couple has strengthened their relationship and is still going strong.

Monica and Chris Aldama have two children together, son Austin and daughter Kristian Alexandra AKA Ally. Austin is a 25-year-old graduate of Texas Tech University and often accompanies his mother on the cheer team tours.

Meanwhile, Ally is 21-years-old and a student of Southern Methodist University in Dallas, Texas. She followed in her mother’s footsteps and became a part of the cheerleading squad at her university. In December 2020, Ally got engaged to her long-term boyfriend, Trevor Denbow. The adorable couple is set to tie the knot in May 2022.

Monica and Chris frequently share sweet pictures of their family on social media and love spending time outdoors with the children. Monica is enjoying blissful family life with her husband and kids and is achieving new heights in her career. Fans hope that things always remain this pleasant for her on all fronts.

Read More: What is Monica Aldama’s Net Worth?