Who is Sarah Bolger Dating? 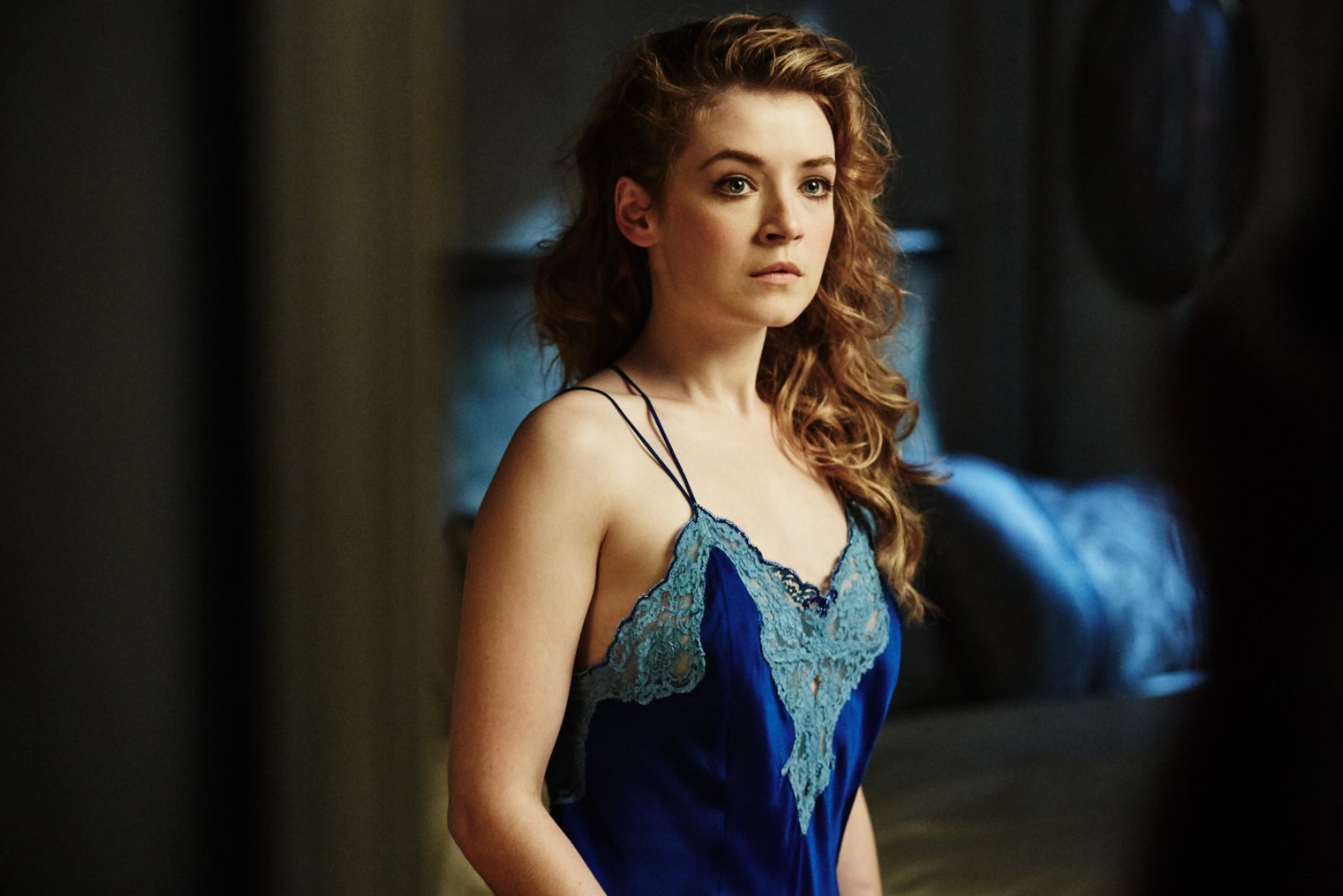 Sarah Bolger is an Irish actress famously known for her award-winning role as Mary Tudor in Showtime’s ‘The Tudors.’ Showing promise from a young age, she caught the attention of critics with her role in the 2002 movie ‘In America,’ a gritty drama revolving around a young girl whose family migrates to the US from Ireland. Her subsequent work in the fantasy movie ‘The Spiderwick Chronicles’ and as the lead in the horror-thriller, ‘Emelie,’ also garnered a large following of fans. In later projects like ‘Mayans M.C.’ and ‘A Good Woman Is Hard To Find’, her acting chops truly shine as she navigates her dark and gritty roles with aplomb.

A versatile actress in all senses, Sarah has avoided being typecast and continues to take on roles that reinvent her persona. With a long list of film and TV credits to her name already, she has also proven to be an accomplished voice actress and voiced the lead character, Umi, in the English version of the Studio Ghibli film ‘From Up on Poppy Hill.’ In 2011, she was featured alongside the likes of Pierce Brosnan, Neil Jordan, and Sinead O’Connor for photographer Kevin Abosch’s project “The Face of Ireland.” With such a prolific career, what kind of a personal life does Sarah have? If you’re curious to find out, we’ve got you covered.

Sarah Bolger was born and brought up in Dublin, Ireland, and hails from relatively unglamorous roots. Her father, Derek, is a butcher and her mother is a housewife. Her sister Emma also has an acting career and starred alongside her sibling in the movie ‘In America’ for which both sisters won awards for their efforts. She studied at the Loreto High School, Beaufort in Rathfarnham, and also went to The Young People’s Theatre School in Dublin to hone her skills.

Sarah is also a devout Catholic and became a minister of the Eucharist at the age of 17. She attributes this to her maternal grandmother who was very religious and got Sarah, who already sang in the choir, interested in attending mass. Even with her hectic filming schedule, as a teenager, Sarah would make it a point not to miss Sunday mass.

Despite being in the entertainment industry from such a tender age, Sarah has kept her personal life relatively private and has avoided the turbulent romantic histories that some young celebrities go through. Reportedly, her last known romantic relationship was with actor Julian Morris and they were apparently dating since 2012. The two likely met when they both joined the cast for ABCs ‘Once Upon a Time‘ season 2, in which Sarah portrayed Princess Aurora and Julian, Prince Phillip. In a tale not unheard of, the two’s onscreen romantic entanglement made its way offscreen.

Julian Morris, who is 8 years older than Sarah, is an accomplished actor himself. Hailing from London, where he was part of the Anna Scher Theatre, he made his debut in the US with his lead role in the 2005 horror flick ‘Cry Wolf.’ He has since appeared in popular shows like ’24’, ‘My Generation’ and ‘Pretty Little Liars’ and more recently as Reverend Paul Curtis in Amazon Studio’s ‘Hand of God’. He currently lives in California and we do not have any confirmation from the couple as to whether they live together, although it does not look like they do. The two have been notoriously absent from each other’s social media as well these last few years, which casts doubt on whether they are still together or not. 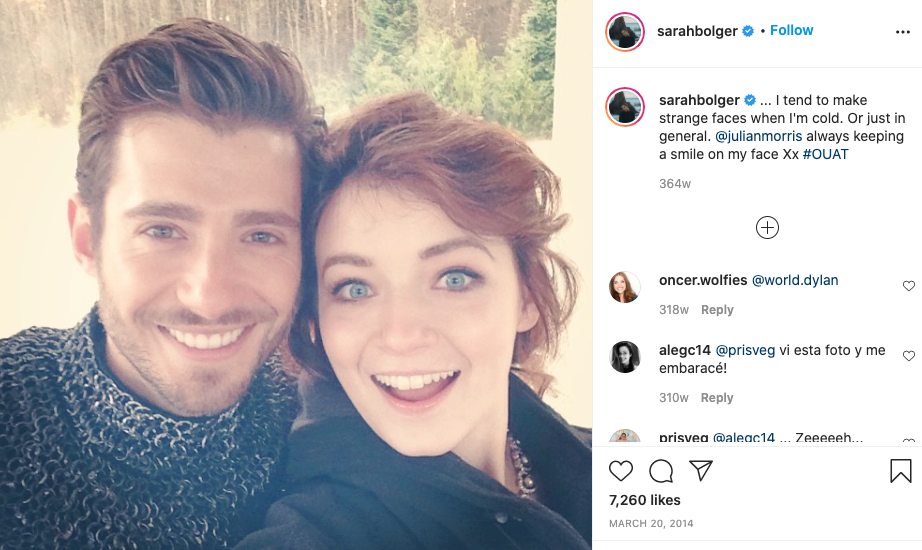 Before dating Julian, Sarah dated actor Alfred Thomas Highmore between 2006 and 2008. The couple also starred together in the ‘The Spiderwick Chronicles.’ However, in 2008 they broke up and it was attributed to them being “too young” at the time to further their relationship. Alfred “Freddie” Highmore, who is a year younger than Sarah, is known for his roles in such critically acclaimed movies as ‘Charlie and The Chocolate Factory’ and ‘Finding Neverland.’

As of now, Sarah Bolger might be single. Or she may just be too good at keeping her relationships under wraps and out of the public eye. All we know is that her social media is completely devoid of that special someone, whoever he may be.