Who is The Circle’s Matthew Pappadia aka Ashley? Who is He Dating? What’s His Profession? 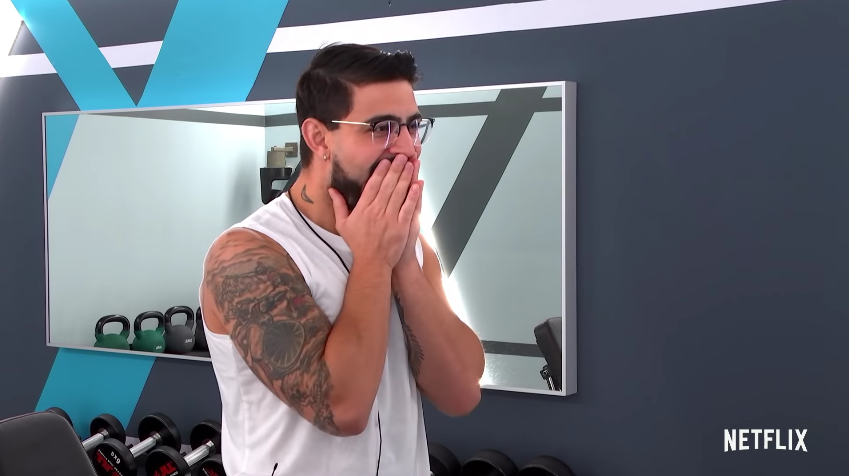 Netflix’s ‘The Circle‘ is a very lighthearted and compelling game show that delves into the world of social media and popularity. Here, the players find themselves isolated in separate apartments of a complex with nothing but messages to help them forge connections. Thus, of course, it gets difficult to discern who is an ally and who is simply flirting and catfishing their way towards $100,000. One such contestant on season 3 is Matthew “Matt” Pappadia, who entered the game show as his best friend Ashley Chewski yet managed to be honest. So, here’s everything we know about him!

Matthew Robert Pappadia was born to Alejandro and Francine Marie Pappadia in Bay Shore, New York, in July 1991 as one of at least two children. He has an older brother, Christopher Pappadia, who appears to be married and a father to an adorable daughter. They grew up in a religious household, so when Matt ultimately found the courage to came out as gay, things didn’t go too well for him. As per his account on the Netflix original, his “father nearly poured holy water on me, and grabbed his bible, and started reading it out loud when I came out,” which heavily affected their relationship.

Matt wishes he could speak to his father the way his brother usually can, yet that’s not the case even today. “I love him,” he said on the show, “but there’s always a time where I wanted to talk to him…or, like, have my dad say, ‘Hey, if this guy f—s with you, I’ll f–k him up.’ Just like natural things that you’d want to hear from your parent, you know, I probably won’t ever hear.” Matt has a bit of a dysfunctional family, except it seems like the support system he has found with his friends kind of makes up for it.

What Does Matthew Pappadia do in Real Life?

Matthew “Matt” Pappadia from Long Island is a model, actor, wellness instructor, entrepreneur, and health and fitness consultant. As a hobby, he dabbles in stand-up comedy as well. In other words, Matt is almost like a jack of all trades within the entertainment industry. He got his first significant role as a model at the age of 21 and soon found himself having an international career in the same, with features for Vanity Hype, WIRE Magazine, Hunks and Hounds Calendar, and Differio Menswear.

Matt has performed in local theaters over the years, but his most notable acting parts have been on film, including appearances on ‘The Night Never Sleeps’ (2012), ‘Disco!’ (2015), and as Ashley Forte on ‘Don’t Schmuck It Up’ (2016). With that said, his primary vocation right now is in the fitness world. After all, he’s the CEO of PapsFitness and specializes in health and wellness coaching through sessions. Matt even seems to be entering the occupation of influencer these days.

Is Matthew Pappadia Dating Anyone?

As far as we can tell, Matthew “Matt” Pappadia is not dating anyone at the moment. He has a few images with guys on his social media platforms, but the model makes their involvement clear in the captions. While one reads, “That’s my best friend. He a real bad b-tch,” another jokingly says, “The fruit to my loop! #NotDating #ButHesSeenMyBum.” However, it certainly looks like Matt does want to find a partner and start the next chapter of his life soon.

Read More: Who is Ruksana Carroll From The Circle?