Who is The Great British Bake Off’s Freya Cox? Where is She Now? 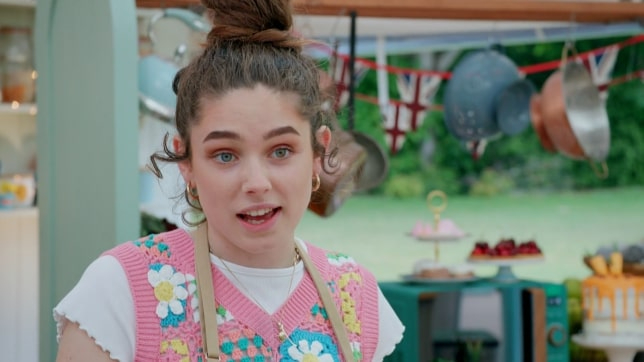 As a reality baking competition series wherein a bunch of talented home bakers face off against each other to prove their skills in the hopes of earning the title of UK’s Best Amateur Baker, ‘The Great British Bake Off’ is a production like no other. After all, thanks to its positive and supportive setting, it is both critically acclaimed and has a massive fan following. Thus, of course, some contestants end up earning notoriety even when they don’t win the contest, which was the case for season 12’s Freya Cox. So now, let’s find out more about her, shall we?

Who is Freya Cox?

Hailing from a small resort town known as Scarborough in North Yorkshire, Freya Cox was a vegan baker, model, and student when she first appeared on our screens. Despite being the youngest contestant, the 19-year-old won hearts with her witty sense of humor, catchphrases, and desire to spread awareness about the scope of using natural, plant-based ingredients within the baking industry. The fact that she admitted to being a devoted fan of the show since she was nine and added that it was her dream to be on the other side of the TV also played a role in this.

Freya’s passion and excitement shone through in everything she did. But unfortunately, after a few incredible weeks of baking mouth-watering cakes, biscuits, and bread, German week turned into her downfall. In week 5, all participants were asked to perfect traditional German biscuits, followed by a technical challenge before the Showstopper challenge of making tiered cakes using yeast commenced. Sadly, in the end, Freya’s Upside-Down creation was simply not up to the mark, meaning that she had to say goodbye to the platform, despite receiving proper constructive criticism.

Where is Freya Cox Now?

Following her elimination, Freya Cox took to Instagram and explained that even though she was sad about leaving the competition so early, the learning experience made it evident that her journey as a vegan-centric dessert chef was only beginning. “Every time someone says I have inspired them to try going vegan or even just baking vegan, it makes me so beyond happy,” she wrote. “I said from the start if I just inspire one person to give being vegan a go, then it’s more of a success than winning.” Freya added, “This is just the start!… and you never know what the future holds!”

Since then, Freya has taken a year-long break from the psychology course she was pursuing at a university in her hometown to explore her newfound ambition of becoming a vegan patissier. In fact, according to The Sun, it seems like a few publishing houses already want to rope her in for a series of specialized, plant-based baking books. This significant opportunity actually comes as no surprise because her recipes became a hit almost as soon as ‘The Great British Bake Off’ season 12 premiered.

Moreover, Freya reportedly wants to launch her own show to share her sweet creations, which could work as she’s already confident and well-loved. We can’t forget to mention that the keen horse rider is signed with Vauhaus Agency, suggesting that she could have a bright future in entertainment as a model or part-time influencer. And honestly, we can’t wait to see what Freya will do next.

Read More: Who is Lizzie Acker? Where is She Now?