Who Is the Mole in Birgitte’s Office in Borgen: Power and Glory? 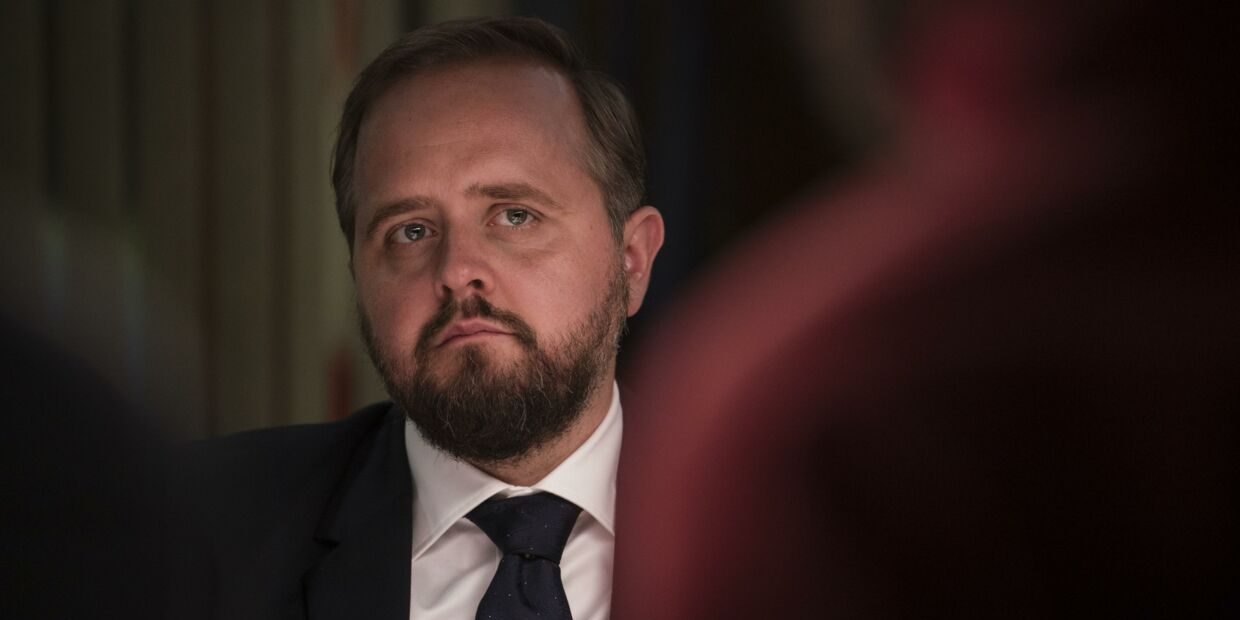 ‘Borgen: Power & Glory‘ continues the story of everyone’s beloved politician Birgitte Nyborg, the protagonist of ‘Borgen,’ which aired from 2010 to 2013. The new installment, technically the fourth season of the series, sees Birgitte serving as the Foreign Minister, with several new faces acting as her aides.

While Birgitte deals with complex situations arising from the discovery of oil in Greenland, a piece of confidential information is leaked by a member of her own ministry. While the narrative swiftly progresses beyond this point, the mole’s identity remains a mystery. If you are looking for an answer in that regard, here is everything you need to know! SPOILERS AHEAD!

Who Is the Mole in Birgitte’s Office?

In the first episode of ‘Borgen: Power & Glory,’ Denmark’s Foreign Minister Birgitte Nyborg learns that oil has been discovered in Greenland. While assessing the situation, she learns that the Canadian company contracted to drill oil in Greenland is owned by Russian national Mikhail Gamov. Given the world’s stance on trading with Russia following the country’s attack on Ukraine and Gamov’s history of money laundering, Birgitte wants to use the situation to avoid extracting oil in Greenland.

In turn, it would allow Birgitte to maintain her environmentalist policy, which got her elected in the first place. However, Birgitte chooses to withhold the information about Gamov in a meeting with the Foreign Committee as a favor to the US Ambassador. The move backfires after someone in Birgitte’s office leaks the information, and Birgitte is accused of breaching the Accountability Act.

Ultimately, Birgitte rectifies the situation and asks Secretary General Rasmus Gren Lundbæk to find the mole in her office. Later in the season, Birgitte’s personal secretary Oliver Hjorth learns of sensitive information about Birgitte and contemplates whether he should remain loyal to the minister or the ministry. Thus, Oliver turns to Rasmus for advice.

Ramsus reminds Oliver that he works for the ministry first and the minister later. Therefore, in such situations, he must remain loyal to the ministry above the minister. The conversation paints Oliver and Rasmus as the two suspected moles in Birgitte’s office. Since Oliver remains dedicated to Birgitte till the end, he can be ruled out as the suspect. Thus, it is evident that Rasmus leaked the information about Gamov to outsiders.

Before deciding to withhold the intel about Gamov, Birgitte consults with Rasmus, who is adamant that Birgitte share what she knows about Russia’s involvement in Greenland. Despite Rasmus being tasked with finding the mole, the leaker’s identity is never revealed, hinting that Rasmus manipulated the events. Moreover, his advice to Oliver about remaining loyal to the ministry confirms that it was Rasmus who shared the sensitive intel.

Unlike other democracies, in Denmark, a ministry’s employees are permanent and do not change with the change of the minister. Therefore, they serve the establishment and not the person in charge. Hence, while Rasmus betrays Birgitte, he is merely doing his job. Rasmus ensures that Birgitte is held accountable for her politically unethical actions. The situation shows the chaotic nature of politics and heightens the tension in the plot giving viewers a delightful and nuanced view of the working of a ministry in Denmark.

Read More: Why is Kasper Juul Not in Borgen Season 4? Did Pilou Asbæk Leave the Show?