Borgen Power and Glory Ending, Explained: Why Does Birgitte Resign?

‘Borgen: Power & Glory’ serves as a continuation of ‘Borgen,’ the Danish series that revolves around Birgitte Nyborg. The political drama series follows the once Prime Minister of Denmark in the later stages of her political career, now serving as the Foreign Minister under the reign of Prime Minister Signe Kragh. After the discovery of oil in Greenland, a power struggle ensues that sees Birgitte negotiating with several parties on volatile terms with each other.

Birgitte faces several challenges throughout the season and finds herself making morally questionable choices. In the end, Birgitte must recognize the cost at which she is securing her political career while making a bold decision not just for herself but for Denmark’s future. If you are looking for answers about Birgitte’s fate and the implications of her choices, here is everything you need to know about the ending of ‘Borgen: Power & Glory.’ SPOILERS AHEAD!

‘Borgen: Power & Glory’ opens with the discovery of oil in the self-governed but Denmark overseen Greenland. Against Foreign Minister Birgitte Nyborg’s suggestion, her Greenland counterpart, Hans Eliassen, announces the news to the media. Meanwhile, Prime Minister Signe Kragh takes the handling of the oil situation into her hands. Birgitte learns that Kragh is hiring her former political rival Michael Laugesen in a newly created position of power in the government. Birgitte leaks the news causing Kragh not to hire Laugesen and creating a distraction that lands the handling of the oil in Birgitte’s ministry.

Eliassen wishes to exploit the oil in Greenland and uses his leverage in the situation to push for Greenland’s independence from Denmark. However, Birgitte, whose party has come into power based on its environmentalist policies, cannot support the oil extraction due to fears of its environmental consequences on the fragile ecosystem in the Arctic. Thus, she sends Asger Holm Kirlegaard to Greenalnd as acting ambassador. Asger examines the situation and negotiates with Eliassen. Meanwhile, several superpowers, such as the USA, China, and Russia, are indirectly trying to enter the oil bid in Greenland.

Birgitte is caught withholding information from the Foreign Committee, which leads to her changing her stance in favor of the oil extraction on live television. Thus, while she saves her political career, Birgitte finds her approval ratings dropping and must successfully negotiate with the various parties involved in the oil deal. Meanwhile, the newly hired TV1 news editor Katrine Fønsmark grapples with her journalistic integrity while covering the news related to the oil extraction. In a bid to improve her public perception, Birgitte hires Laugesen as her spin doctor. However, as the situation in Greenland grows complicated, Birgitte makes several risky ploys that lead to a vote of no confidence against her. Thus, Birgitte must contest an election against New Democrats deputy leader Jon Berthelsen for leadership of the party.

Borgen: Power & Glory Ending: Why Does Birgitte Resign? What Is Her New Job?

After signing the deal with Greenland and China, the oil situation in Greenland is finally resolved. Birgitte impresses the Prime Minister with her work and is appointed Deputy Prime Minister. However, Jon Berthelsen challenges Birgitte in the New Democrats party elections to remove her from leadership. In the finale, Birgitte faces a stern test as she must hold herself accountable for her actions in the public eye.

After Berthelsen’s speech, he invites Birgitte’s former mentor, Bent Sejrø, to speak about Birgitte. Following the public perception, Bent states that Birgitte is no longer recognizable as a politician to him. Her constantly shifting stances have lost her the support of the public and her MPs. Thus, Birgitte’s political career is once again on the line. Laugesen suggests dashing Bent’s credibility by revealing his dementia treatment. However, Birgitte finds an alternative solution to save grace in the public eye while ensuring what is best for her party.

In the end, with the help of Asger, Birgitte finds a way to nullify the agreement signed with Greenland and China. She announces that the oil will not be extracted and once again reverses her stance. Birgitte accepts her mistakes publicly and wins back her supporters. However, she also resigns as the leader of the New Democrats and wholeheartedly endorses Berthelsen as the new leader. Birgitte resigns as the Foreign Minister but not before forming a new plot with Prime Minister Kragh.

Given that the oil situation brought Denmark into diplomatic conversation with several superpowers, it is evident that Denmark needs to make its presence felt on an international level. Thus, Birgitte suggests Kragh recommend her for a “larger” role in Europe. As the season ends, Birgitte receives a warm farewell from her ministry and newly won over supporters while rumors of her becoming the new European Union Commissioner swirl around. Ultimately, while Birgitte maintains the facade that she is stepping away from politics, the seasoned politician is gearing up to take a new job that will redefine her political career.

Why Did Katrine Have a Breakdown? Does She Quit TV1?

As the season progresses, Katrine Fønsmark finds herself dealing with several challenges as the news editor of TV1. She faces the tough task of bringing back the channel’s reputation as one of the best news networks in the country. However, an argument with one of her top news anchors slips out of hand, leading to several online comments about Katrine.

In the finale, Katrine is called to speak as the “Nyborg” expert during the New Democrats’ elections. However, before she can take the stage, Katrine crumbles under the stress and emotional distress caused by her job. The pressure of her job has disrupted Katrine’s family life, and her mental health deteriorates due to the constant online scrutiny she receives.

In the end, Katrine decides to resign from TV1. However, she is not done with political journalism just yet. She expresses her intention to write a book about the political powers in Denmark and gets her mentor Torben Friis to help her cause. Thus, like Birgitte, Katrine also ushers her career into a new direction while remaining true to her values.

What Happens to the Oil Extraction Project in Greenland?

The complicated situation over oil sees Denmark dealing with the likes of China, Russia, and the USA. Moreover, Greenland plans on using the oil discovery as a means to further its hopes of becoming independent from Denmark. However, after the agreement is finally signed, all involved parties grow unhappy over the situation. Denmark is unhappy due to the potential environmental repercussions of oil extraction in the Arctic. On the other hand, China is threatened by the military activity of the USA in the region. 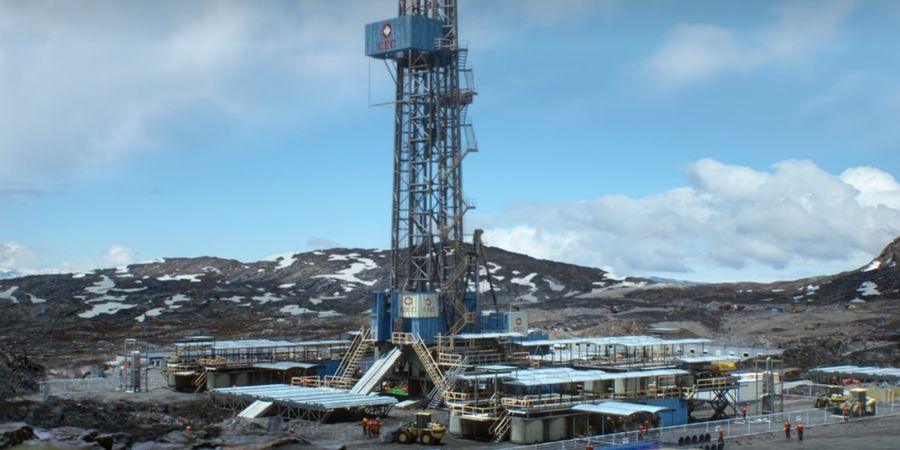 Likewise, Greenland is unhappy with the share of revenue that Denmark has claimed from the oil. In the end, Birgitte seeks to rectify the situation and nullifies the agreement on the grounds of environmental risks. Kragh supports Birgitte’s decision while ensuring Greenland that Denmark supports its ambitions to become an independent nation. Ultimately, the oil extraction project is scrapped, and the various countries withdraw their interest in Greenland.

Read More: Is Borgen: Power and Glory a Sequel or a Spin-Off?