Why is Kasper Juul Not in Borgen Season 4? Did Pilou Asbæk Leave the Show? 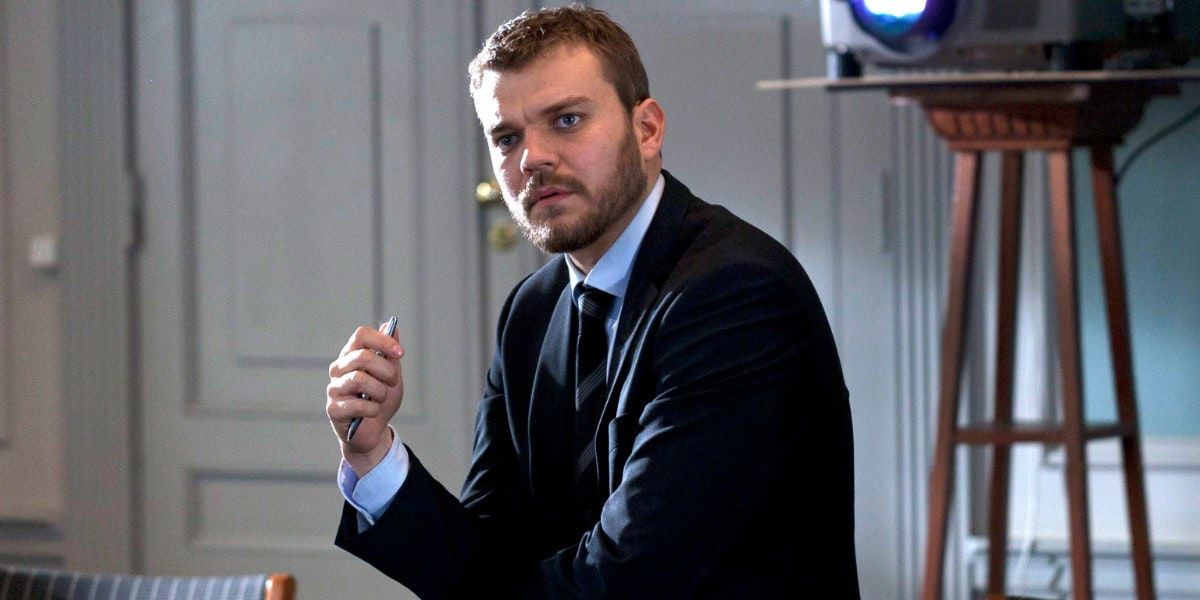 ‘Borgen: Power and Glory’ is a continuation of ‘Borgen,’ a Danish drama series that revolves around Birgitte Nyborg, the first female Prime Minister of Denmark. The fourth season of the political drama branded as ‘Borgen: Power and Glory’ follows Birgitte in the later stages of her career as she deals with a conflict in Greenland that brings Denmark to the international forefront.

However, as Birgitte deals with the complicated situations stemming from the discovery of oil in Greenland, her most trusted ally Kasper Juul (Pilou Asbæk), is missing from the narrative. We are sure viewers must be curious about Kasper Juul’s absence from the new installment. If you are wondering whether actor Pilou Asbæk who essays the role, has left the series, here is everything you need to know! SPOILERS AHEAD!

What happened to Kasper Juul?

Kasper Juul is introduced in the first season of ‘Borgen,’ with actor Pilou Asbæk essaying the role. Kasper is the spin doctor or simply the political advisor of Birgitte Nyborg, a member of the Moderate party in Denmark. After Kasper leaks confidential information about the Prime Minister, Birgitte fires him from his job. However, she rehires Kasper after becoming the Prime Minister. Since then, Kasper has been by Birgitte’s side through thick and thin.

Therefore, it is a surprise that the character does not appear in ‘Borgen: Power and Glory.’ In the fifth episode, Kasper’s name is suggested when the TV1 editorial team is looking to do a profile on Birgitte. However, Katrine reveals that Kasper is unavailable because he primarily lives in London. He only visits Denmark once a month and is not an active part of their son Gustav’s life. Thus, it is evident that the writers have effectively written Kasper off the show.

Did Pilou Asbæk Leave the Show?

‘Borgen’ originally wrapped up its run in 2013, with the third season bringing the story to a conclusion. However, the series was revived by Netflix in 2021, with the fourth season branded as ‘Borgen: Power and Glory’ hitting the streaming series in 2022. Actor Pilou Asbæk is credited as a series regular for the show’s first three seasons but has a considerably more minor role in season 3. Moreover, Asbæk’s Kasper is entirely absent from the new installment. While the producers haven’t officially commented on the matter, the actor revealed in a 2020 tweet that he would not be reprising his role in the new season.

In a 2015 interview with The Guardian, Asbæk stated that he considered not being a larger part of ‘Borgen’ season 3 a major regret of his career. “I was so stubborn, I was stupid. I have written to the producers to say that was a mistake,” the actor said about his decision to take a smaller role in season 3. Asbæk’s words hint that his desire to appear in a lesser capacity during season 3 might have caused a rift with the producers. Hence, it is likely that Asbæk was not asked to reprise his role for ‘Borgen: Power and Glory.’

However, since leaving ‘Borgen,’ Asbæk has become a sought-after talent globally. His performance as Euron Greyjoy in ‘Game of Thrones‘ earned him many plaudits. Moreover, the actor’s filmography includes high-profile projects such as ‘Outside the Wire‘ and ‘Ghost in the Shell.’ Therefore, it is highly likely that Asbæk simply did not have the time to feature in ‘Borgen: Power and Glory.’ The actor will next be seen in the superhero film ‘Aquaman and the Lost Kingdom.’ However, a return as Kasper might not be entirely off the cards for Asbæk if ‘Borgen: Power and Glory’ is renewed for another season.