Who is the Richest Real Housewife of Dubai? RHOD Net Worths, Ranked: 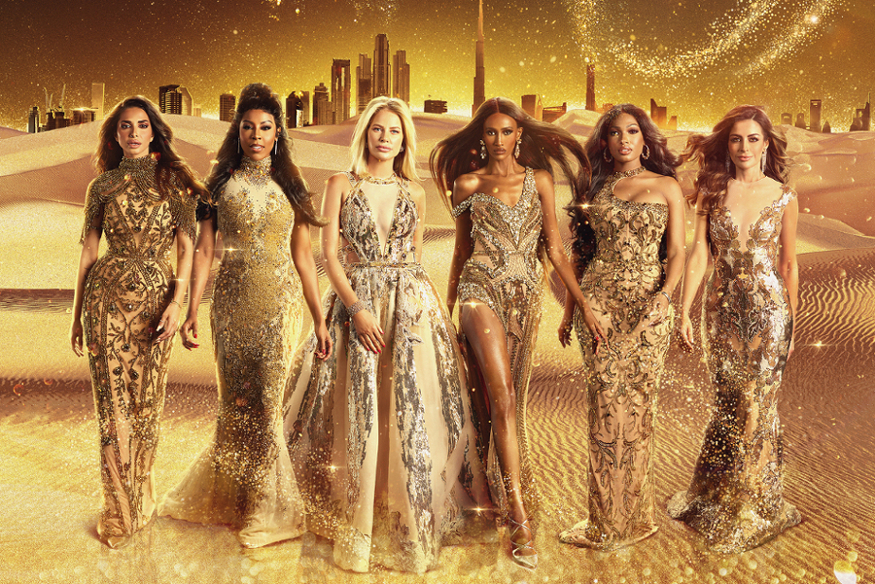 The legendary guilty-pleasure ‘Real Housewives’ franchise has landed in flashy Dubai — the largest and most populous city in the United Arab Emirates — for its first-ever international venture. However, the crucial thing that hasn’t changed despite the introduction of a multicultural aspect is the promise of glamor, drama, extravagance, and pure entertainment in the form of juicy catfights.

‘The Real Housewives of Dubai’ thus follows a group of affluent women residing in the City of Gold as they navigate both their personal as well as professional experiences on camera for our enjoyment. But since we’re obviously, majorly being introduced to entirely new faces in the inaugural season, let’s find out more about their careers and net worths to ascertain who’s the richest, shall we?

Kenyan-born, Somali, and Ethiopian Chanel first stepped into the entertainment industry as a teenage model in her homeland, only to rise up the ranks quickly, travel the world, and find herself amongst the best. She did have some trouble upon relocating to Dubai around 2005, yet sheer perseverance helped her become the first black model to feature on a Middle East magazine cover.

Chanel has since earned the supermodel title by working alongside brands such as Chanel, Dior, Dolce & Gabbana, Amato Couture, Fenty Beauty, and Piaget (a Swiss luxury watch brand). As if that’s not enough, she also established a talent agency and developed an empowering makeup/skincare line called Ayan Beauty, making her net worth accumulate to around $1 million.

While many believe Caroline was handed her lavish lifestyle in a divorce settlement from her ex-husband, primarily because she served as an executive at his conglomerate when they were together, that’s not the case. She was actually left broke, which pushed her to work hard to earn her realtor’s license before evolving into a successful entrepreneur, socialite, as well as philanthropist, all the while taking care of her son Adam.

Caroline eventually became one of the first female Real Estate Directors in the area, a position she still proudly holds today, as evidenced through her Instagram. More importantly, she’s the founder/owner of The Glass House, a luxury salon & spa she recently launched while keeping women of every color, skin type, and hair texture in mind to ensure full service.

Dr. Sara Al Madani can only be described as a serial entrepreneur and public speaker, especially considering how she established her first business at the age of 15 and never stopped. She has not just delivered over 200 keynote speeches at esteemed UAE institutions but also previously served as a board member for the Sharjah Chamber of Commerce & Industry and the Ministry of Economy’s UAE SME Council.

However, in the past few years, apart from continuing to do her best to influence young, ambitious Emiratis like herself, Sara has even plunged into the fashion, technology, marketing, and food&beverage sectors. She is a fashion designer, a restaurant owner, and seemingly the brains behind the NFT project called Acatraz. She is also the Co-founder of two firms and a Partner at another (HalaHi, Social Fish, and Cahero Holding, respectively), along with being involved in the health/beauty company Kind & Co.

Lesa “Milan” Hall is a model, entrepreneur, fashion designer, wife, and mother of three whose claim to fame is her luxury maternity brand by the name of Mina Roe (launched over five years ago). After all, some of the biggest celebrities, including Beyoncé, Katy Perry, Serena Williams, as well as Gigi Hadid, have worn, loved, and endorsed her line, leading it to be featured in magazines as well.

The former beauty pageant queen further runs a blog as well as a YouTube channel, and she’s pretty active on other social media platforms to truly serve as a public figure and keep fans updated on her life. We should mention that Lesa has even appeared in several music videos over the years for artists like Akon, Timbaland, Flo Rida, Yung Jeezy, and Sean Kingston, amongst many more.

While not many details regarding Nina’s early professional experiences are available, we do know that she’s married to billionaire Munaf Ali; a hardworking British-Indian serial entrepreneur through and through. The couple had actually moved to Dubai in 2011, following which she not only welcomed three children into their lives but also co-founded her premium fruit cake business. The latter is a homegrown brand that honestly seems to be doing wonders these days, and she’s also associated with the TR88HOUSE fun & food center as well as the 88Terrace bar & restaurant, which contribute to her net worth.

Upon graduating from the renowned Westonbirt School in Gloucestershire, London-born Caroline began her career in public relations before evolving into an “it girl” (owing to her fashion sense) and a celebrity stylist. She then established a luxury goods company called Gift Library in 2008, yet it shut down just a year after she made her television debut with Bravo’s unscripted ‘Ladies of London’ series in 2014.

From there, in early 2017, mere months after relocating to Dubai with her family, Caroline expanded her personal brand by launching a high-quality, high-end furniture collection. The most surprising yet brilliant thing, though, is that when the public figure’s marriage ended, she followed it up with the ‘Divorced Not Dead’ podcast to emphasize that life goes on. In other words, Caroline is a socialite, a philanthropist, a brand ambassador, a businesswoman, a podcast host, and a mother of three (who recently got married to former soccer player Sergio Carrallo).

Read More: Who Is the Richest Housewife of New Jersey?